The FBI’s Uniform Crime Reports compile crime statistics on hundreds of metro areas. The latest numbers—which track the data from 2013—reveal some interesting tidbits about Texas cities. For instance: the most dangerous parts of Texas, generally, are not the largest cities, with only one of the five most populous cities to to place in the top five on the list. Also: West Texas, generally, has a higher violent crime rate than the rest of the state. And: Austin is basically a fairy tale land populated by elves and hobbits, with a violent crime rate roughly ⅓ that of Odessa, the top city on the list. Here are some more facts worth knowing:

Odessa’s violent crime rate of 806 incidents per 100,000 inhabitants is the highest in Texas by a fairly wide margin; Lubbock, the #2 city on the list, drops down to 658 per 100,000. Lubbock’s rate is slanted a bit more toward robbery, while Odessa has more aggravated assault cases, with a shocking 645 cases per 100,000 people.

Amarillo doesn’t place in the top five, but it’s not far off, at #6. Amarillo has the distinction of having the highest rate of reported rapes in Texas, at 84.9 per 100,000. (Rape statistics nationally are believed to be widely underreported, which makes this number somewhat less than reliable in regards to the actual incidences of the crime—it’s unclear, for example, if more rapes occur in Amarillo or if the criminal justice system in the area is set up to report them more easily.)

The FBI’s numbers track a handful of violent crimes: Murder (including non-negligent manslaughter), rape, robbery, and aggravated assault. The “uniform” part of the statistics breaks them all down by incidents per 100,000—so a murder rate of 3 (which Lubbock has) means that the city, with its population of 239,000, actually had more like 7 reported murders in 2013. Houston, with its murder rate of 5.9 and its population of 6.3 million in the metropolitan area, would have seen over 370 murders, by comparison.

Houston is the only one of the five most populous cities in the state to place high on the list, at #3. The types of crimes reported in Houston are fairly different from what you’ll find out west, though: While Odessa and Lubbock both go heavy on assault crimes, Houston’s robbery rate, at 233 per 100,000, is nearly double that of the top cities on the list. Its murder rate, as mentioned above, is 5.9 per 100,000.

Beaumont/Port Arthur is a different MSA from Houston, but the nearby cities share a high murder rate. The two cities have the highest murder rates in Texas, in fact, with Beaumont facing an 8.6 per 100,000 figure.

North Texas Rates Are Lower Than You Might Think

The highest-ranked city in North Texas is Texarkana, which places at #4. The vast majority of the violent crimes that take place there are assault cases, as in Odessa and Lubbock. Assault cases make up a larger percentage of every city’s violent crime than any of the other categories listed, but it’s worth noting that in cities with a lower per-capita income, assault cases tend to make up 70% or more of their violent crime (compared to around 50% in a city like Houston).

Meanwhile, in Dallas/Fort Worth, the numbers are pretty low: The Metroplex places #17 on the list, with robbery rates high and the murder rate, at 4.4, in the middle of the pack. Wichita Falls, similarly, places at #15, with robbery and aggravated assault making up almost 91% of the cases. Sherman-Denison, places at #22, with almost 77% of its cases being assault charges.

The Border Is Pretty Safe

Border cities get a bad rap as violent, but the Rio Grande Valley is extremely safe. Of the 24 Texas metro areas ranked by the FBI, Brownsville comes in dead last, with 240 incidents of violent crime per 100,000 people. Nearby McAllen comes in at #18, with 286 per 100,000.

Things are closer to the middle of the pack in El Paso and Laredo, which place at #13 and #10, respectively. The murder rate in each city is low, at 1.4 and 1.5 (Brownsville also comes in at 1.4, which is the second-lowest behind Abilene at 0.6). The numbers in El Paso, Laredo, and McAllen are all slanted heavily toward aggravated assault. In Brownsville, meanwhile, though the overall numbers for everything are very low, robbery crimes make up a surprisingly high number of cases, at 58.1 per 100,000, good for almost 25% of the violent crime in the city.

Corpus Christi, Victoria, and San Antonio all place within the top 10 on the list (at #7, 8, and 9, respectively). The numbers for all three cities are pretty similar—although Victoria, like Amarillo, has a surprisingly high number of reported rape cases, at 71.5 per 100,000. The average for all Texas cities listed is 36, which means that, again—either Victoria (and Amarillo) have more than twice as many rapes occurring than the rest of the state, or they’re being reported more frequently in those cities than elsewhere.

That statistic aside, there’s not a lot to parse about those numbers: Corpus has the highest murder rate, at 5.4, of the three, while San Antonio has a lower robbery rate than the other largest metro areas in Texas, Houston and Dallas.

Austin’s reputation as a low-crime city bears out, according to these numbers: the city places 21st of 24 on the list, and its murder rate of 2.8 per 100,000 is by far the lowest of the “big four” Texas cities. Robbery similarly makes up less than 20% of violent crimes in Austin, lower even than San Antonio (and significantly lower than Houston or Dallas). Of the 271.3 incidents of violent crime per 100,000 in Austin, 192 of them are assault-related, good for over 70%—and still a lower overall number than most cities in Texas. 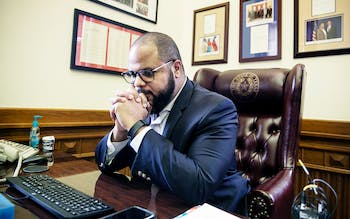 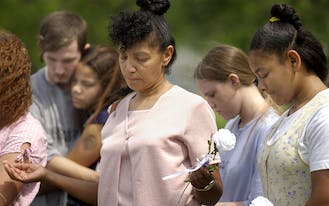 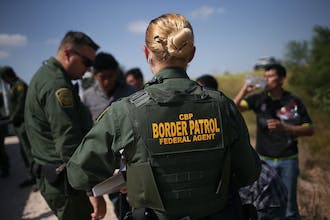