Under the thin cover of an early-morning mist on a ranch not far from the South Texas coast, documentary filmmaker Ben Masters settles a worn felt cowboy hat on his head and cinches up a backpack full of gear. After he reminds his small team gathered on the side of a gravel road to move quietly, they duck into the bristling scrub, coyotes yipping in the distance. “Let’s do it! Let’s go find some ocelots!” he shout-whispers.

Thirty-one-year-old Masters is best known for his award-winning 2019 documentary The River and the Wall, which explored the potential impact of a border wall on the region’s terrain, wildlife, and residents. To make the film, he and four fellow adventurers traveled the 1,200 miles of the Texas-Mexico border, from El Paso to the Gulf of Mexico, via mountain bike, horse, canoe, and foot. Now he’s working on two new documentaries: a short film focusing on the small population of ocelots that survives in this South Texas thicket and a feature-length project highlighting some of the state’s most captivating fauna, from the black bears and mountain lions of West Texas to the whale sharks in the Gulf of Mexico, and the bison, alligator gar, and other species in between.

“Growing up and living here, I always thought the wild was this place in Africa. But we have some of the most phenomenal wildlife spectacles in Texas,” says Masters. Today, he is fixated on ocelots—small, sleek cats that subsist on a diet of wood rats, birds, rabbits, and lizards. The cats rarely show themselves. Even Masters has yet to see an ocelot in the wild, except on video footage he’s captured on the remote cameras he began planting in locations around the brush on this private ranch in Willacy County last July. “It’s kind of like seeing Bigfoot, if Bigfoot were the most beautiful species in the world,” is how he puts it.

Adult ocelots weigh about thirty pounds, and most live in dense, brush-covered habitat from South America to Mexico. They once roamed parts of the United States, too, from this corner of Texas all the way to Louisiana and Arkansas. But by the sixties, development, ranching, hunting, the fur and pet trades, and loss of habitat drove them to the brink of extinction. Today, biologists estimate that just fifty to eighty of the cats survive in the United States. A handful live in southern Arizona. The rest are in the Rio Grande Valley of Texas, in two separate populations centered about twenty miles apart: the Laguna Atascosa National Wildlife Refuge and the 27,000-acre El Sauz ranch, where Masters is focusing his research. Owned by the San Antonio–based East Foundation, the ranch was one of six South Texas properties set aside for environmental research and education by cattleman and wildlife advocate Robert C. East, who died in 2007.

Because the Texas ocelot populations are hemmed in, researchers worry that inbreeding will cause problems such as low kitten survival rate and vulnerability to disease. Masters hopes to draw attention to their plight through his film.

“People can’t just go into the field and see ocelots,” he says. “But by making a documentary, hopefully we’ll be able to show people that animals are Texans that live here too and deserve to stay here forever.”

“Ocelot” derives from tlalocelot, the Aztec word for “field tiger.” Female ocelots are called queens, males are torns, and a group of ocelots is referred to as a clutter or clowder.

Masters, who lives in Austin, grew up in Amarillo, where he hunted and worked on ranches and in the oil fields after high school. He earned a degree in wildlife biology from Texas A&M University and soon stumbled into filmmaking with Unbranded, an adventure documentary that followed him and a group of friends as they trained wild mustangs and rode them to Canada. That project opened doors to making more films about his passions and causes.

“I guess coming from rural Texas, where ranching and land management and hunting was a way of life, it’s impossible not to grow a love for the outdoors,” Masters says. “But for whatever reason, my love for the outdoors changed from consumptive and wanting to kill or conquer to wanting to grow habitat. I still love to hunt, but I like to give back to nature more and to create habitat for the things I love.”

Here on the East Foundation ranch, Masters and his team have figured out where the ocelots congregate, through trial and error. The cats trip a laser beam, which turns on the camera. In December he caught video of a mother ocelot and two kittens, some of the first high-quality footage of the animals ever taken in the wild.

On this foggy morning, he and Landon Schofield, a wildlife biologist with the East Foundation, along with two photo assistants, are checking the remote cameras, adjusting their positions, and swapping out memory cards. To their delight, one camera has captured an ocelot. “That lives here! That’s within five miles of us,” Masters says. “Miniature jaguars that live in trees and haunt the jungles of Texas. So freakin’ rad!”

The team moves on to check other cameras. At one point, Masters drops to the ground and belly-crawls through some brambles where he thinks the cats have been. Then he gazes up to the trees, wondering if one of the cats is hidden nearby, eyeballing him as he works. He’s convinced that one is out there watching, and he wants to make sure that in the future, more cats will watch from the shadows.

If the U.S. ocelot population is going to expand, it will have to do so on private land, and the federal government and ranchers will need to work together to make it happen, says Masters, who hopes to release the ocelot film by next spring.

“What does it say about us as Americans if our most beautiful cat goes extinct in our country, on our watch?”

This article originally appeared in the June 2020 issue of Texas Monthly with the headline “In Search of the Ocelot.” Subscribe today. 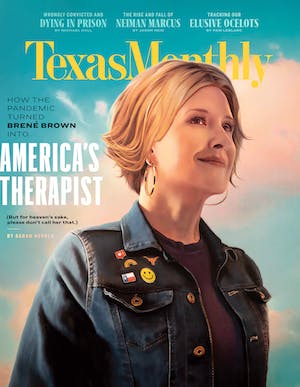 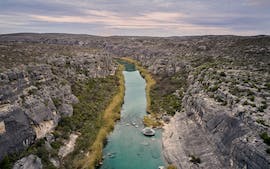 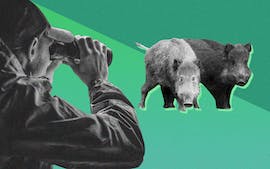