When Jeff Burns first saw El Rey Court eight years ago, he fell in love. At the end of a vacation to Santa Fe, the Austinite and hotelier had planned to stay at an airport hotel before an early morning flight back to Texas. But while he was driving out of town, the sight of a white stucco historic motor inn, built in 1931, just off the original Route 66, stopped him in his tracks.

After settling into room eight, Burns stayed up most of the night, walking the five acres of lush grounds, appreciating the exquisite original bones of each space, and dreaming of all the possibilities for the future of the storied hotel. The next day, he told the owner to call him if he ever wanted to sell the hotel and took a later flight home. Several years went by, and Burns would stop in and stay at the hotel occasionally. One day, as he was reading a trade magazine, he saw a small, nondescript advertisement about a motor inn for sale in Santa Fe. He called the broker immediately and booked a flight to Santa Fe. In the end, the owner wasn’t ready to part with the property, but Burns kept in touch. When he was ready to sell in 2016, two years later, Burns finally had the chance to take on his dream project.

In the hotel’s 82-year history, Burns and his Brooklyn-based partner, Matt Comfort, are only the fourth owners. “It’s an honor to own a piece of history,” Burns says. “I’ve been exploring Santa Fe in a different light recently, and as often as I have been, I seem to uncover something new every visit. As vast and diverse as Texas is, I’ve found the same to be true in the small little town of Santa Fe.”

When he bought the hotel, his first call was to Jay Carroll, and his wife, Alison, whom Burns had met through his long-time friend and hotelier Liz Lambert. Jay, a former creative director for Levi’s who most recently helped Dennis Hopper’s family develop a brand inspired by the actor, led the redesign and rebranding overhaul for the 86-room hotel, with Allison working on the food and beverage programs, especially at the hotel bar, Le Reina. Take a tour of the results of a yearlong process that is a study in modern, Southwestern cool style. 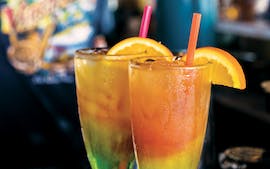 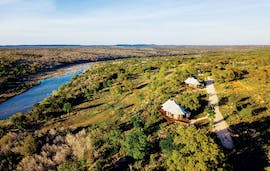 Down by the Water 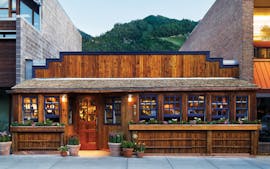 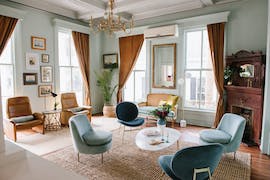