Six of my favorite small-town diversions, stretching from Salado to Gainesville, that are reason enough to pull off of I-35 as you travel to and from the Red River Rivalry this weekend.

FRIED PIES
GAINESVILLE
Kolaches may be the year’s “it” food, but I’d ditch I-35 with just as much haste to procure a “portable pocket of goodness” from the Fried Pie Co. and Restaurant, which has been in business on a corner of Main Street near the Cooke County courthouse since 1982. The sweet treats, which come in a dozen flavors, from apple to pineapple cream, are so generously filled they look as though they may burst, as you may well do after eating one too many from the to-go box you’ve so generously filled.

VINTAGE DUDS
FORRESTON
From the highway, you’ll hook east into the heart of this tiny town just south of Waxahachie, where you’ll find Bon Ton Vintage, a veritable trove of clothing, keepsakes, and accouterments from decades past. Housed in a red-brick building that was once a Masonic Lodge, it’s been a semi-hidden gem ever since it was opened, by jazz musicians Barbra and John Kauffman, in 1984. If it hasn’t been on your radar, that’s because the costume directors, celebrity stylists, and professional treasure hunters who come to snap up the vintage lace Dior dresses and sixties’ platform shoes and pristine estate-sale bijoux have always preferred to keep this secret spot to themselves.

KOLACHES
WEST
I’ve long had the exit number—353—memorized. That’s the one I rarely miss taking as I drive through West, that little nucleus of Czech heritage (and baked goods) that sits about twenty miles north of Waco. There are enough notable kolache shops in town that no one agrees on which is the best one. When I’m heading north, I stop at the Czech Stop and Little Czech Bakery. When I’m heading south, I stop at Slovacek’s, the newcomer on the scene. And when I have a little bit more time, I head a few blocks east into town to visit the Village Bakery and Gerik’s Ole Czech Smokehouse, two other well-loved options that kolache enthusiast Stephen Harrigan finds to be the best and the most impressively authentic in the state, respectively.

ANTIQUES
LORENA
It was a billboard that first alerted me to the existence of Lorena, a small town about thirteen miles south of Waco. My curiosity piqued, I pulled off of I-35, drove west, and was delighted to find Old Town, a “village” of shops occupying a couple of blocks. You can while away an hour or two perusing the many booths at the Center Street Antique Mall and nibbling on homemade breads and cheeses at the Texas Cheese House before you get on your way again.

BEAVER NUGGETS
TEMPLE
Aside from being the Texanist’s hometown, Temple now has another claim to fame: its very own 60,000-square-foot Buc-ee’s, known to many a bleary-eyed driver as the convenience store to end all convenience stores. You can attend to all-important logistical needs at the hundred gas pumps and seventy restroom stalls, browse the mini-mall of tchotchkes and gifts, ogle the walls of candy, grab another bag of sweet corn puffs (aka Beaver Nuggets), or grab a Dr Pepper and two Chick-O-Sticks, the Texanist’s favorite road food.

WINERIES
SALADO
You’ll want to have your favorite designated driver in tow to fully enjoy the Texas vinos served at the Salado Winery and Salado Wine Seller, located a quarter-mile east of I-35, which sells by the taste, the glass, and the bottle, and also has an art gallery and a particularly inviting wraparound porch. Meanwhile, the nearby Salado Creek Winery and Vineyard is about to debut a remodel of its tasting room. 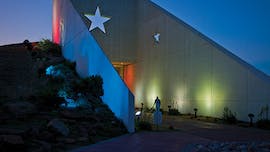 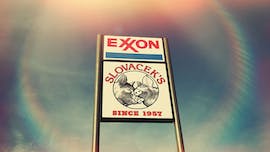 By Texas Monthly and Daniel Vaughn 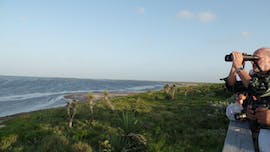 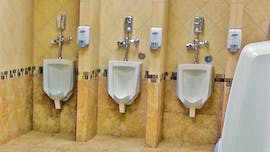