This article originally appeared in the July 2018 issue under the headline “A Historic Refuge.”

The opening refrain of George Strait’s “Amarillo by Morning” rang out from the speakers at Dickman Hall. Once the officers’ club at Fort Clark—a now decommissioned military stronghold that housed the likes of General George S. Patton, the Buffalo Soldiers, and the Black Seminole Scouts—the stately building now serves as a folksy watering hole where locals and travelers congregate. Taking a sip of my beer, I thought wistfully of the men who had walked these floors in their polished boots. It’s easy to wax nostalgic when you’re in a place this shrouded in history.

Dickman Hall is just one reason to visit Fort Clark Springs, a 2,700-acre retreat and residential community in Brackettville, about two hours west of San Antonio. Established in 1852 along what is now known as the Pecos Trail, Fort Clark served as an Army outpost until shortly after World War II. In its early days, it was a refuge from the frontier expansion that sent settlers westward by the wagonload. Faced with raids by Apache warriors, onslaughts from lurking highwaymen, and the menacingly arid plains of West Texas farther ahead on their path, these early Texans were in no rush to leave the fort’s protection, not to mention the gurgling brooks of Las Moras Creek. Those folks weren’t the first to find shelter in the serene surroundings, and they certainly weren’t the last, said Carol Ann Goodwin, the events and hunt coordinator for Fort Clark Springs: “This area has been used as an oasis for more than a thousand years by Native Americans and then settlers. It’s got an undeniable tranquility that you can’t help but fall in love with.”

The first thing that struck me about Fort Clark Springs was the immaculate condition of the many structures, including former commissaries, a theater, and the Palisado Building, originally a mess hall for the Buffalo Soldiers. Rows of gorgeous limestone homes—some of which served as grandiose officers’ quarters—line the road along the camp’s former parade grounds, which now function as one of the area’s two golf courses. Many of these buildings date back to the 1860s, but they look much newer. An American flag snapped in the breeze, the sole interruption of the cooing of nearby birds. For a key cog in the U.S. war machine for nearly a century, this place has got a hell of an ambience.

Compelling history aside, the biggest draw of Fort Clark Springs is its spring-fed pool, which at three hundred feet long is the state’s third largest, after West Texas’s Balmorhea (closed indefinitely because of structural damage) and Austin’s Barton Springs. At a crisp 68 degrees year-round and surrounded by clusters of live oak, pecan, and magnolia trees that date back to the 1700s, the swimming hole is the ideal place to seek relief from the Texas sun. The water enveloped me in cool refreshment when I plunged in after exploring the fort, which offered a lot more than a walking history lesson.

Thanks to its location on the fringes of the Texas Hill Country and the Edwards Plateau, as well as on critical migratory paths, the resort is home to prolific numbers of white-tailed and axis deer, foxes, hawks, javelinas, wild turkeys, and rare birds, including the golden-cheeked warbler. This fecundity makes the fort a popular attraction for hunters and bird-watchers alike.

It also boasts an intricate web of hike-and-bike trails that weave along the banks of Las Moras Creek and through ruins, including structures that housed German prisoners of war in the 1940s. Along with the nine-hole par-three golf course on the former parade grounds, there’s also a regulation-size eighteen-hole course. Don’t miss the fort’s museum, in the guardhouse, which features uniforms, photographs, and other exhibits.

On the Big Screen

About 850 people live in Fort Clark Springs, which attracts around 10,000 visitors a year with its authentic fusion of relics and modern amenities. The cavalry barracks now serve as the renovated Fort Clark Motel, where I booked a room for a recent late-spring weekend. There’s also a camping area and an RV park.

Before I left, I couldn’t resist one more swim. While drying off under the trees, I imagined the historic figures who might have rested in the same grass. I thought about something that Russell Nowell, the museum’s curator, said to me: “I hope that the future generations maintain and keep all of this intact.” As I looked around the bustling pool, I knew that many more people would retrace my footsteps at Fort Clark for years to come.

David Leffler is an Austin-based writer. 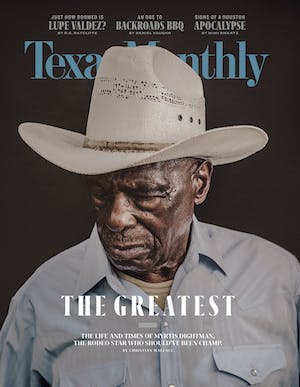 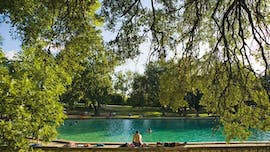 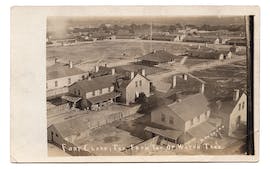 One of the Officers’ Quarters at Fort Clark Is for Sale 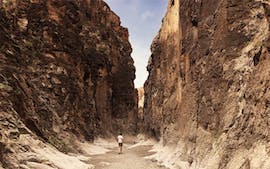