AUSTIN
Flower Power
Driving through the Hill Country during wildflower season can be a delightful experience for everyone but the driver, who must keep her or his eyes on the road instead of grokking at the bluebonnets in the distance. That’s one of the reasons why the Lady Bird Johnson Wildflower Center conceived of the Wildflower Road Show, a nine-hour bus cruise with expert guides and a rest stop complete with a whiskey tasting at Garrison Brothers Distillery.
Lady Bird Johnson Wildflower Center, April 29, 8 a.m., wildflower.org

AUSTIN
Eat It Up
At the Austin Food and Wine Festival, there is much to do, see, and, of course, eat: epicureans can play with fire in the Hands-On Grilling mass demonstration, experience Iron Chef-type competition in the Rock Your Taco event, or just casually sample food by the likes of, oh, say, Bryce Gilmore, of the Austin restaurant Barley Swine, and Steve McHugh, of the San Antonio restaurant Cured, two of the six Best Chef in the Southwest nominees for this little thing called the James Beard Awards.
Auditorium Shores, April 28–30, austinfoodandwinefestival.com

AUSTIN
Jailhouse Rock
From the bottomless depths of the Texas State Penitentiary, in Huntsville, and neighboring Goree State Farm for Women came such high art as musical performances by the likes of the banjo player Reable Childs, the blues singer Hattie Ellis, and countless nameless yet priceless songsters, whose collective mid-twentieth-century history unfolds in the book Texas Jailhouse Music: A Prison Band History, by Caroline Gnagy, who will speak about it on Friday for the Bullock Museum’s High Noon Talk series.
Bullock Texas State History Museum, May 3, 12 p.m., thestoryoftexas.com

BUDA
Pick a Wiener
Let’s all agree, the word “wiener” is funny to say out loud in the presence of others. Imagine how many good laughs you could have during the twentieth annual Buda Wiener Dog Races, with two days’ worth of making puns off of “wiener” and “winner” while watching those elongated brown bundles of cuteness scoot with fury.
Buda City Park, April 29–30, budalions.com

DALLAS
Killer Books
First the Fort Worth crime writer Jeff Guinn gave us a book about Bonnie and Clyde. Next came Charlie Manson. And now, with The Road to Jonestown, he renders the cult leader Jim Jones. Hear Guinn talk about how he gets inside the minds of killers at the Dallas Book Festival, this year in collaboration with the Dallas Festival of Ideas.
Dallas Public Library, April 29, 10 a.m., dallasbookfestival.org

FORT WORTH
Of Psych and Synth
Fortress Festival, a new music festival in Fort Worth, hasn’t wasted any time in making its mark as an arbiter of taste, with a top-to-bottom lineup of wicked talent, from national acts like hip-hop duo Run the Jewels and soul act Nathaniel Rateliff and the Night Sweats to Texas rising stars like psych-rock collective Golden Dawn Arkestra and synthesizer quartet Survive, who composed the soundtrack for the Netflix series Stranger Things.
Cultural District, April 29–30, fortressfestival.com

FRISCO
Seeing Stars
Pundits say the Dallas Cowboys are perhaps only a player or two away from going all the way next season. See who they pick during the Draft Day Party at the Star, the team’s new training and practice facility, where current players including all-pro offensive linemen Travis Frederick and Zack Martin will join the Cowboys cheerleaders in a three-day pep rally.
The Star, April 27–29, dallascowboys.com

HOUSTON
The American Way
There’s pride in calling oneself an American, yet a peek at many online comments sections can reveal a nasty side to our collective character. At the program “Do We Still Know How to Be Good Citizens?—part of a national conversation hosted in part by the Smithsonian—Houston Chronicle editor Nancy Barnes will lead a panel discussion that should cause us to take a good hard look at ourselves.
Museum of Fine Arts, Houston, May 2, 7:30 p.m., whatitmeanstobeamerican.org

HOUSTON
Too Full to Drink
It must be tough for three-time James Beard Award winner Andrew Zimmern, in all his globe-trotting adventures on his Travel Channel show Bizarre Foods with Andrew Zimmern, to not be tempted to imbibe in an alcoholic drink or two, but it is that fortitude as a recovering addict that makes him a perfect guest speaker for the Waggoners Foundation Speaker Series Spring Luncheon, hosted on Friday by the Council on Recovery.
Hilton Americas-Houston, April 28, 12 p.m., councilonrecovery.org

SAN MARCOS
Homeward Bound
Though the writer Sandra Cisneros recently moved to Mexico, she lived in San Antonio since the eighties, having left behind her native Chicago following the success of The House on Mango Street, her breakout debut novel about coming of age as a Latina American. That gives Texas good reason to claim her as its own, which the Wittliff Collections at Texas State University has done through the acquisition of her literary archives, on display in the exhibition “Sandra Cisneros: A House of Her Own,” highlighted by a program on Sunday featuring Cisneros.
The Wittliff Collections, April 30, 2 p.m., thewittliffcollections.txstate.edu 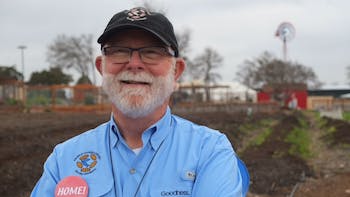 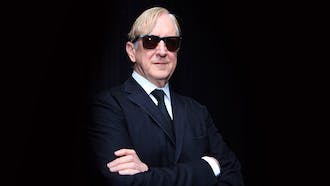