A great drive may be about slowing down and clearing your head, but who can resist roads lined with signs warning of “Earth Slides” and “Steep Grades, Sharp Curves”? Born of massive geological upheaval, this corner of the Hill Country is stunning, its lush valleys and stark canyon ridges painted in weathered hues of slate and ocher and moss. It’s a landscape that will make you slam on the brakes, camera at the ready, and declare, “Now, this is the Hill Country.”

The ideal jumping-off point for this beautiful loop is Bandera, a bohemian community of longtime ranchers and weekend cowpokes that some chamber of commerce official had the good sense to proclaim the Cowboy Capital of the World. Fuel up at the Grotto, where handsome young fellas are peddling Cornish game hen in a land where sightings of the Ben E. Keith truck are all too frequent.

Head northwest on pastoral Texas Highway 16 to Medina, the—wait for it—Apple Capital of Texas. There’s no better ambassador than Love Creek Orchards, where you can pick up your own apple tree and a cone of apple ice cream. Then go west on Ranch Road 337, with its dramatic dales and rolling hills, the latter crowned with the occasional manse, its walls made of glass the better to survey the tableau. Next stop is Vanderpool, so named for its first postmaster, who must have been mighty special to have his name supplant the town’s previous appellation: Bugscuffle. Together with nearby Lost Maples State Natural Area, the site is a veritable siren song for birders, hunters, and all manner of wildlife—bats, javelinas, wild turkeys, and the ever-present Harlius motorcyclus.

Roll on to Leakey, bearer of yet another lofty moniker, the Swiss Alps of Texas. The majestic 2,400-foot rock faces seem beyond compare to me, but you can debate that over a cold one at the Bent Rim Grill, an icehouse that caters to—you guessed it—bikers but welcomes the four-wheeled traveler as well.

Take a bit more time for a vueltecita down to Concan. In his elegy for the Brazos, John Graves writes of the way in which “pieces of rivers can have meaning,” and this little stretch of the Rio Frio is my piece, conjuring memories of my grandparents, Styrofoam koozies in hand, sitting in teetering aluminum lawn chairs on the limestone banks and watching me relieve the crystal-clear water of a large number of its mossy rocks. Detour to the squiggly roads that jut off to the east of U.S. 83 (1120, 2748, 350, 348), whose elegant pas de deux with the cypress-lined Frio allow for a few thrilling opportunities to drive through the water at the river crossings.

Head north again, to Ranch Road 1050, a curvy road you’re likely to have all to yourself as you cruise over to Utopia, whose motto is “A Paradise: Let’s Keep It Nice” (at three square miles, that seems doable). If you’ve worked up an appetite crossing the river wild, options abound. Cherry pie at Lost Maples Cafe? Roasted carrot soup with ginger from a Cordon Bleu–trained chef at the nearby Laurel Tree? Or how about going east on FM 470 to Tarpley, where you’ll find Mac and Ernie’s, a little cottage legendary in these parts for dishes like quail basted in ancho chile honey. There’s the Williams Creek Depot too, whose corrugated tin walls house an amiable woman behind a sliding-glass window, looking as if she’s been waiting all day for you to order a mushroom-Swiss burger.

“The hard thing is to get slowed down,” writes Graves at the outset of his Brazos journey. The truth is, the country here practically demands it, its landscape shaped over eons, traversed by golden-cheeked warblers and nine-banded armadillos, and populated by residents for whom the hi sign is a bare-minimum courtesy. Resist the urge to stomp on the pedal as you head home. Whatever you have to get back to will keep just a little longer. 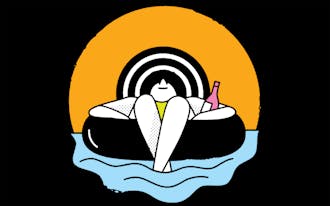 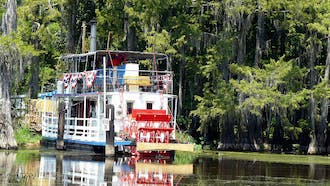 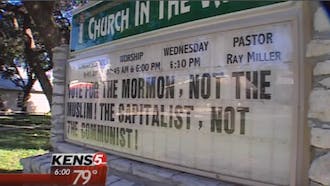 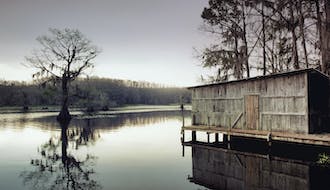