Armey’s Axioms: 40 Hard-Earned Truths From Politics, Faith, and Life, by Dick Armey, of Dallas (John Wiley and Sons, $22.95). The former majority leader of the U.S. House of Representatives offers deep reflections as summed up in his chapter titles, such as “A Man Will Fight Like a Cornered Rat If His Chicken Manure Is at Stake” and “Don’t Go Back and Check On a Dead Skunk.” He quotes Scripture, cliches, John Wayne, Waylon Jennings, the Texas Rangers, and his father. Sample riff : “[Robin Hood] robbed from the rich and gave to the poor … So did Jesse James, Bonnie Parker, Clyde Barrow, and Al Capone. So do Teddy Kennedy, Charley Rangel, Jay Rockefeller, and Hillary Clinton. Jesse, Bonnie, Clyde, and Al defied the law to aggrandize themselves with other people’s money. Teddy, Charley, Jay, and Hillary make the law for the same purpose.”

The Cool Chick’s Guide to Baseball, by Lisa Martin, of Arlington (Gibbs Smith, $8.95). The author starts out with the premise that “baseball is like shopping” and goes on to explain to clueless female readers how the occasional “thrilling moment” of the sport makes up for hours of “less-than-spellbinding stretches.” She describes the various positions, offensive versus defensive play, and much more, but always—as the title promises—with a distinctly feminine slant: the dangers of lipstick melt during summer-afternoon games, calorie counts for common stadium treats, and critical interpersonal advice, such as “Never ever ask your man about the Infield Fly Rule.”

Everything Texans Need to Know About the Other 49 States, by Brook and Julie Syers, of Houston (Mockbooks.com, $7.95). Useful paperback includes colorful front and back covers and 126 blank pages, in case you think of anything to add that the authors forgot.

Macho Nachos, by Kate Heyhoe, of California (Clarkson Potter, $16.95). This slim cookbook includes preparation tips (“no soggy bottoms!”) and fifty recipes, including versions with chickpeas and chutney; Portuguese sausage and artichoke hearts; Thai red curry paste and peanut sauce; and caviar, cream cheese, and chives. The author, who grew up in Texas, notes that the French “would probably utter ‘Sacrebleu!’ to see a majestic monastery cheese such as Pont-l’Eveque or a delicately nutty Gruyere de Comte adorn a nacho. But don’t let that stop you.” 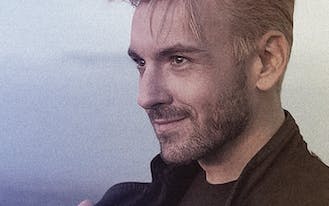