Difficult as it may be to believe, there have been years when the Bum Steers Executive Committee’s search for the Steer of the Year has been a dreary and frustrating affair. Though Texans, at their lowest, take a backseat to none in their propensity for caddishness, foolishness, and public nakedness, there are years when none of them quite rise to the top (sink to the bottom?) of the Steers pile. And so the Texas Monthly staffers tasked with choosing the annus’s most horribilis Texan find ourselves seated at the Driskill Hotel bar, downing cocktails, stroking our chins, and staring glumly at the stuffed Longhorn head mounted atop the fireplace as we wait vainly for inspiration to strike. After drinking the Texanist’s weight in Batinis, we eventually settle on someone who, though perhaps not wildly inspiring in his or her idiocy, is nonetheless sufficiently ridiculous to merit the dishonor: a coach with a spectacularly bad losing record, say, or a dim-bulb celebrity. Woo hoo. Our job more or less done, we stumble away from the establishment with a vague sense of failure that nearly matches our wooziness.

Thankfully, more often than not, the process of choosing is much easier: one scoundrel stands out so clearly for their malevolence or insensibility that we barely get halfway through our first cocktail before the decision is made. Hello, shotgun-toting Dick Cheney!

And then there are those rare years when it seems as if the entire state is infected with a high grade of tommyrot. By all accounts, 2017 was one such year. Dan Patrick, Alex Jones, the Texas Democratic Party, Hurricane Harvey—this is a rogue’s gallery of entities who inflicted an inordinate amount of pain on Texas, and we are all the worse off for having them among us. In any other year, almost any of these personages or institutions or forces of nature would have been shoe-ins for Steer of the Year.

The Steers Executive Committee was stymied by this embarrassment of whatever the opposite of riches is. Which of these Bums, we wondered, should be our Steer? Candidates were proposed, and argument ensued. The debate got heated. Tempers flared. Things were said that can never be unsaid. Friendships were wrecked upon the shoals of minor differences, and then patched up again, only to fray once more. Still, no decision was reached.

To break this logjam, we asked our readers to weigh in by way of an NCAA-style bracket. The result of that exercise in reader participation (subsequently “curated” by our editorial team) is a countdown of our eight Bummiest Steers, which begins on the next page and ends with the unveiling of our Steer of the Year. (Followed by a rundown of the fifty or so other Texans who shamed us this year.)

Given how much damage and embarrassment these eight have brought upon our great state over the past twelve months, we can only hope that a year from now things will be very different, and we’ll have the good fortune to sit around the Driskill, toss back a Texanist of Batinis, stare glumly at that stuffed Longhorn head, and decide which overpaid football coach or undertalented star will be our 2019 Steer of the Year.

Start here with Steer No. 8. 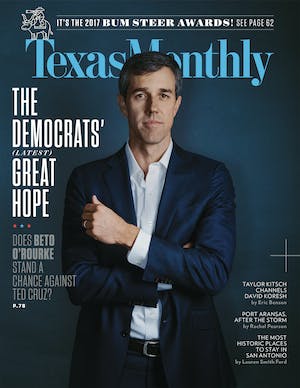 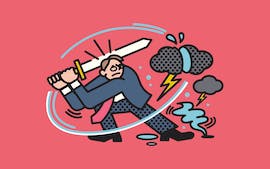 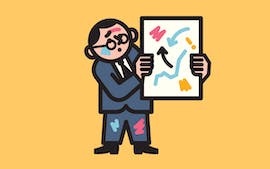 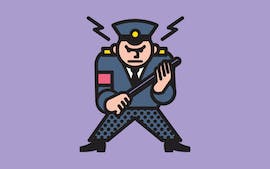 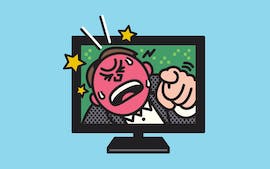