Texas Land Commisioner Jerry Patterson, former Galveston legislator A.R. “Babe” Schwartz and TEXAS MONTHLY‘s Paul Burka are all calling for the heads of the five Texas Supreme Court justices who ruled against the state last week in a case that could significantly weaken the Open Beaches Act.

“We now have private beaches in Texas where the public can be excluded,” Patterson told Harvey Rice of the Houston Chronicle. “I think folks should remember this when it’s time to vote.”

“The bottom line is for the people of Texas to throw out the Supreme Court of Texas, ” Schwartz said. “The majority on this court has acted in the most absurd and irrational way in this case that one can imagine.”

The case was originally filed by Galveston homeowner Carol Severance with the backing of the property rights group the Pacific Legal Foundation.

“Private property is still private, no matter the slogan you use to take it,” PLF attorney J. Paul Breemer said in a press release. “This is a bedrock constitutional principle, and the Texas Supreme Court today has said that government can’t try to erode it.”

Friday’s ruling was actually a rerun of the court’s 2010 decision, which it agreed to reconsider at the request of Texas Attorney General Greg Abbott. “With the stroke of a pen, a divided court has effectively eliminated the public’s rights on the dry beach,” Abbott said then.

Writing about the case last week, Forrest Wilder of the Texas Observer wisecracked that Abbott, his Republican colleague Patterson, and the Galveston Chamber of Commerce were “among the bleeding hearts” opposed to the court’s opinion.

And in a Burkablog post titled “DEFEAT THE DEADLY DUO,” TEXAS MONTHLY‘s Paul Burka (a Galveston native who once worked for Schwartz) also called for Texans to strike back against the ruling, noting that Nathan Hecht and Don Willett are the two Supreme Court Justices who are up for reelection this year (Willet in the Reublican primary, and Hecht in the general election):

The Texas Supreme Court is notorious for being result-oriented; that is, all too often the justices vote their politics, not the law. They were never going to side against private property rights, not this court, not in this political climate…

Constitutional law, statutory law, and the common law in Texas all recognize that the public has established the right of access to the beach seaward of the vegetation line that arises by evidence of continuous use for more than a century. The Supreme Court wiped out these longstanding protections of public rights with a finding that a sudden change of the beach covered by the easement destroys the existing easement, and the public can only reestablish its right of access through another long sustained period of public use. No one living today would be around by the time another easement could be established…

This is a terrible decision that will have ramifications for tourism and economic development that will adversely affect coastal communities for decades, and the members of the Court who perpetrated it deserve to be defeated. 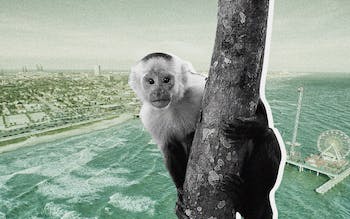 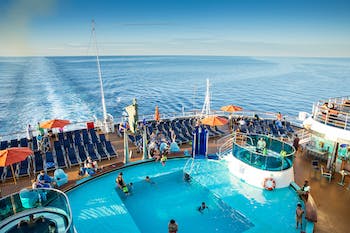