It’s hard not to wonder what Ray Charles would have made of HERE WE GO AGAIN: CELEBRATING THE GENIUS OF RAY CHARLES (Blue Note). Sure, he was friends with WILLIE NELSON and recorded a duet with NORAH JONES, but applying Willie’s offhand cool and Jones’s trademark reserve to the genius’s hits, particularly his blistering soul classics, makes about as much sense as asking Tony Bennett to cover the Butthole Surfers. Still, they gave it a shot. Recorded live over two nights in New York with trumpeter WYNTON MARSALIS and his quintet, Here We Go Again is full of arrangements that take the wrong fork in the road. The expert musicianship of Marsalis’s working band overthinks and dulls down almost every tune (the meek moves of pianist Dan Nimmer seem especially ill suited). Listen, for example, to Willie’s thrilling, typically edgy guitar solo on “Hallelujah I Love Her So,” followed by Marsalis’s pitch-perfect yet icy response. It’s a dichotomy that surfaces again and again. There are admirable things about this record, for sure: Willie’s nimble vocal on the same tune, his great duet with Jones on the title track, Mickey Raphael’s knack for seamlessly working his harmonica into nearly every tune, and, perhaps most surprising, Marsalis’s vocals. His N’awlins drawl on “Busted” is priceless, and he ignites an otherwise predictable “What’d I Say.” It’s nice to hear the buttoned-up Marsalis let down his hair. It’s less thrilling to hear a great soul legend’s fire smothered in earnestness and good intentions. 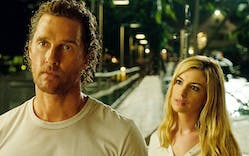 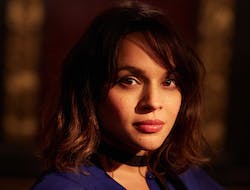 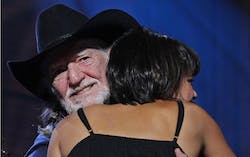