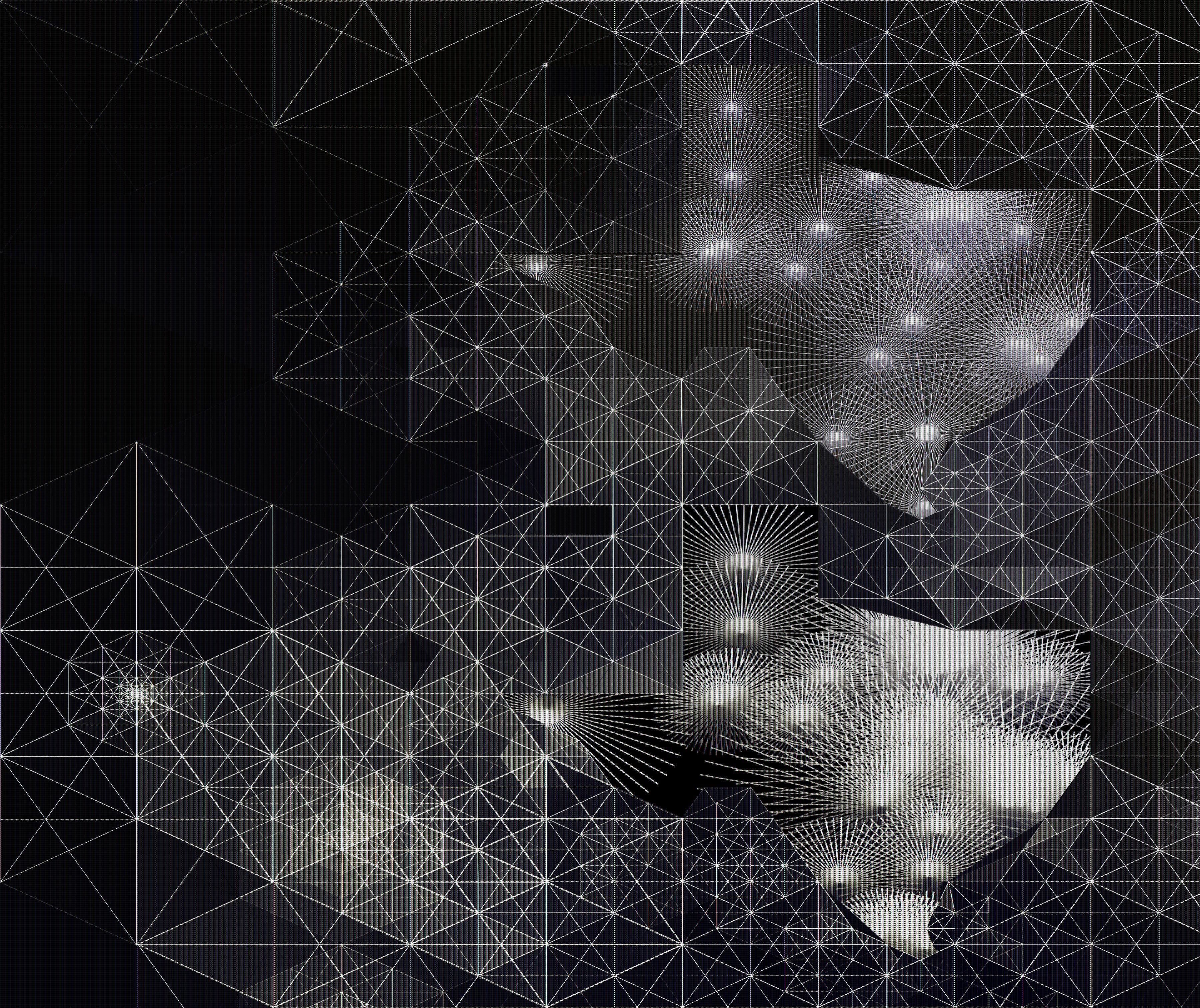 In 1968, five years before this magazine was born, I published—with Bill and Sally Wittliff’s elegant, Austin-based Encino Press—a slim book of essays called In a Narrow Grave, a title derived from a well-known range cattle ballad, “The Dying Cowboy.” No New York publisher had the slightest interest in the book. The dying cowboy of the lament asked his comrades to fling a handful of roses o’er his grave and pray the Lord his soul to save.

The handful of roses I flung was a 25-page anatomy of the more or less major cities of Texas, to wit: Houston, Dallas, Austin, Fort Worth, San Antonio, and El Paso. The piece—the next-to-last in the book—was critical but not wholly unaffectionate. I was, after all, living in various of those cities: often was I affronted but rarely was I bored.

I was 32 when I published In a Narrow Grave, an easy age to be smart at, if one is ever going to be smart. The three novels I had published up to that point—Horseman, Pass By; Leaving Cheyenne; and The Last Picture Show—were all about people who lived in the country or in small towns that were culturally indistinguishable from the country. The essays had been accumulating, so I published them and immediately turned my attention to urban Texas in a long novel called Moving On, set in Houston, where as a student, professor, and bookseller I lived for seventeen years.

Houston was more or less my Paris, or such Paris as I had, and I still think of Rice University as my intellectual home. Every time I go there I meet the city limits sign fifty miles farther out. So ferocious and uncheckable is Houston’s growth, and Dallas’s also, that I consider it not impossible that a child born today could live to see the merging of these urban behemoths, which might occur somewhere near Madisonville, producing a megaplex whose models are already there in Arlington and Plano: travelers heading north on Interstate 45 are in Oklahoma before they are entirely free of Dallas.

In literary terms I was a reasonably brash young man when I wrote “A Handful of Roses,” but the thesis I argued, at times to the point of tedium, still seems to me indisputable: Texas in the sixties still thought of itself as a frontier; its cities and their residents were not yet maturely urban. In support of this thesis I cited various examples of a frequent resort to gunplay such as might occur on a frontier, my favorite being a snippet from one of the Houston papers about a diner on the always risky north side who shot a waiter because there weren’t enough beans in his chili; though equally exotic was another snippet someone sent me about a citibilly from Wichita Falls who drove his pickup through the wall of a honky-tonk and tried to run over his wife.

My point, much reiterated, was that Texans in the main were not yet able to handle the pressures of urban life. I saw this demonstrated on a hot summer day on the Houston beltway, where traffic neither moved nor offered the slightest prospects of movement, when the two cars in front of me bumped fenders; their drivers, both wearing ties and pinstripes, got out and flung themselves at one another. Soon they were rolling around on the burning pavement, in the traffic. Several drivers, including myself, tried to reason with them, and eventually it took, up to a point. Neither car was hurt at all, but the two men got up, exchanged insurance info, shook hands, and got back in their cars. Twenty minutes or so later the traffic moved normally again. Terrible traffic is the price Houstonians pay for living in a real city.

When I published my essays with the Wittliffs, they had no interest in curbing my wordage; they wanted as much book as they could get. Not so the Monthly: it serves a readership whose attention span is far from limitless. More than forty years have passed since I took that first look at the cities of Texas. Now many of its citizens have shaken off the frontier ethic and become mature urbanites. In response to this change, most of the cities have gone to the trouble to provide their better-informed residents some of the trappings of high culture. There are several excellent museums and an opera house or two. In addition, these cities have produced a number of locally grown artists who are good in various spheres. This is no small thing.

We’re not just hicks with money now, though there are still quite a few hicks, some of whom have money, and there’s been some rather interesting generational change. A few years ago I happened to be driving to DFW Airport on Texas Highway 114, which passes what used to be Bunker Hunt’s country retreat near the small town of Roanoke. Bunker, who has had serious reverses, was having a yard sale. Bunker Hunt? Yard sale? Had time permitted, I would have stopped and bought a lawn chair or something, but time didn’t permit. On Highway 114 as it is today, no amount of time is enough, and Bunker Hunt’s former home is now owned by Ross Perot Jr., who keeps a few buffalo, along with much else, north of Fort Worth. There is an international cargo airport in the area now, and a NASCAR facility whose parking lot is said to hold 80,000 cars. And NASCAR fills it.

If I were to anatomize the six major cities more or less in order of urban merit, I would now put Houston first by a large margin: it’s a great city. Next would come Austin and Fort Worth. The latter has those three world-class museums, plus that glorious livestock exchange building over by the Stockyards, and Austin has a music scene that has nurtured both my son, James, and my grandson, Curtis, not to mention the ebullient Kinky Friedman and many another gifted bard. Dallas I haven’t enjoyed since the sixties, when I could still scout books at the Harper’s big bookshop in Deep Ellum, where my son now often performs. Dallas is a second-rate city that wishes it were first-rate.

San Antonio, too, I most enjoyed when it had a big messy bookshop, in this case, Brock’s, whose owner, Norman Brock, was known as poor broke Brock. The River Walk is still the most gracious promenade in Texas, and the breads at the Liberty Bar are wonderful—if you enjoy bread, and who doesn’t?

El Paso just doesn’t feel to me like a Texas city. It’s Mexico or, at the very least, New Mexico. It’s hard even to drive through it on the Ten and not be aware of the carnage across the river. My friend the writer Tom Miller, who has driven every mile of the border and written about it, told me recently that he had stopped crossing the bridge into Juárez. It is now too scary.

The pages I devoted to Austin in In a Narrow Grave recall a rather giddy time when the city boiled down to the Legislature and the university, plus a few fairly uninhibited women who picked and choosed between such celebrities as not infrequently drifted in. The nearest thing to a celebrity locally was the novelist Bill Brammer, with whom, for a time, I shared a house on Windsor Road. Bill’s estranged wife, Nadine, was so famous for her conquests that her chum the director Robert Benton made a movie inspired by her, called, of all things, Nadine.

Then Nadine married the late-arriving congressman Bob Eckhardt. The two of them set up house in Georgetown, D.C., where I opened a bookshop. And Bill Brammer, overcome by his creditors and his sorrows, died: his first novel (The Gay Place) is no longer much mentioned and his second (Fustian Days) was never finished. All who knew Bill Brammer regret this loss.

Sex was frequently on the mind of Austin folk in the sixties. I recall a sprightly young lady known locally as Miss Sweet Pussy, no doubt a sedate grandmother now.

I recognize that Austin has provided a welcoming environment for artists of many skill sets, but I still love Houston more: its flavors, its smells, its foods, its variety. It always had an abundance of blacks and Latinos, but in the eighties it added Asians and Middle Easterners, these last come here mainly to learn about the oil business. I ran a very eccentric bookshop there (Grace David’s) and later bought a less eccentric bookshop twice.

I also set maybe my best novel, Terms of Endearment, in Houston. (Though Duane’s Depressed is maybe as good.)

Houston, when I wrote about it forty years ago, covered 440 square miles; I don’t much want to know what the figure is today, but if you think of Greater Houston now, or Greater Dallas, the thought that springs is that most Texans now live in suburbs adjacent to cities, not in the core cities themselves. The cores of these cities—that is, the downtowns—have supplied their residents with very expensive and often attractive condos, for those who like to walk to the theater or a restaurant. The somewhat less wealthy live in the suburbs, where once the Longhorns grazed. Of course, there’s very big money invested in the suburbs now, but it’s most likely to be invested in sports palaces like the one where the Cowboys play (so far rather listlessly—NASCAR is a better bet).

I’ve returned a couple of times to the theme of the post-frontier, once in a book called Walter Benjamin at the Dairy Queen—a neglected book, I feel—and in my even more neglected novel Some Can Whistle. Which is okay. If you publish more than forty books, as I have, some will probably be neglected. What my whole body of work says, including the essay on cities, is that Texans spent so long getting past the frontier experience because that experience is so overwhelmingly powerful. Imagine yourself as a small hopeful immigrant family, alone on the Staked Plains, with the Comanche and the Kiowa still on the loose. The power of such experience will not sift out of the descendants of that venturer in one generation and produce Middletown. Elements of that primal venturing will surely inform several generations.

We have some real cities now; they may not be Bath, or Cheltenham, or Lyon, much less Paris. But they can generally muster more urban manners and more urban smarts than when I wrote about them forty years ago. Real civility is coming, folks.

One day at a time.