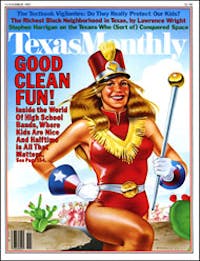 If there is one battle Mel and Norma Gabler have been winning in the twenty years they have been objecting to Amer­ica’s textbooks, it is their fight to have creationism taught alongside evolution in biology classes: biology texts today often ignore or substantially downplay evolution. Whereas a 1973 Charles Mer­rill text contained seventeen references to evolution in its index, the 1979 edi­tion has but three. And other texts, such as a 1980 Houghton-Mifflin biology book, discuss both evolution and divine creation as possible explanations of the origin of life.

True believers like the Gablers can invariably cite chapter and verse from a large, and growing, body of literature arguing that creationism is at least as valid a theory as evolution. Taken as a whole, this creationist literature—and its advocates, many of whom flash impressive-sounding degrees—can seem persuasive. But are the arguments valid? One place to look for an answer to that question is Texas, or, more precisely, the Paluxy River basin in North Texas, 45 miles southwest of Fort Worth.

The Paluxy seems an unlikely center for national controversy. With its sparkling spring-fed water, it is a pretty but unpretentious stream. The town closest to it, Glen Rose, has a population of around two thousand. But controversial the Paluxy is, for the area around it con­tains one of the heaviest concentrations of dinosaur tracks in the country. On this everyone is agreed, creationist and evolutionist alike. Where the two sides disagree is on the question of whether, alongside those dinosaur tracks, there can also be found fossilized human foot­prints. The creationists maintain that the answer is yes; the Paluxy River basin, they say, offers proof that the theory of evolution is a fraud. As a creationist leader puts it, “One dinosaur or bron­tosaurus track found in situ with one human footprint is sufficient to bring the whole Darwinian theory down and to revolutionize all biology today.”

The reason for this is simple. Most scientists believe that the dinosaurs died out about 65 million years ago and that man did not make his first appearance on earth until at most 5 million years ago. During that 60-million-year gap, the earth was a constantly changing place: glaciers were shifting, oceans were moving, and species were appearing and disappearing. Creationists, on the other hand, believe that the earth is about 10,000 years old and that all living things were created by God during crea­tion week. Dinosaurs were put on earth on the fifth day (“So God created the great sea monsters”) and man on the sixth day.

The Paluxy River tracks were dis­covered in 1908, after a flood broke away a layer of rock that had hidden them. Most were clearly the footprints of huge animals, but there were other impressions in the ground—also huge—that bore a resemblance to human foot­prints. No one paid much attention to the tracks until they became a tourist attrac­tion during the Depression, when people in the area started prying them out of the ground and selling them. At least one enterprising local created his own fossils by carving tracks into softer rocks and passed them off as the real thing.

In the fall of 1938 a paleontologist named Roland T. Bird, of the American Museum of Natural History in New York City, stumbled across some of the phony dinosaur tracks. Although he could see they were fakes, they were ac­curate enough that Bird felt certain they had been copied from real tracks. He followed his hunch to the Paluxy River basin, where, sure enough, he found dozens of dinosaur tracks. This was a major find, and Bird took about twenty of the tracks back with him to the American Museum of Natural History, where they remain on display today. For years afterward, Bird studied the tracks around the Paluxy River, publishing his work in magazines such as Natural History. He believed that the dinosaur tracks were 100 million years old and had been created at a time when the Paluxy River area was the shoreline of a great lagoon. The area was marshy; hence a dinosaur made a deep and, as it turned out, lasting impression in the ground. As for those other impressions, Bird didn’t know what had caused them for sure, but he steadfastly denied that they could be accurately labeled human footprints.

It was after Bird’s findings appeared in Natural History in 1939 that the crea­tionists began pouncing on the “evi­dence” of the footprints by the Paluxy River. Clifford Burdick, a geologist and dedicated creationist, read Bird’s ac­count and decided he had discovered what he was looking for: human foot­prints that had stood alongside dinosaur tracks. He went to Glen Rose, took pho­tographs, interviewed many of the resi­dents, and over the years wrote nu­merous articles about the “man-tracks” at the basin. Burdick and the rest of the creationists believe that the tracks were made not 100 million years ago but only 4800 years ago, at the time of Noah’s flood. (The flood is what made the ground muddy, in this view.) It’s been 32 years since Burdick published his first article, but his work is still referred to in creationist texts, and his origi­nal photographs are used as evidence for claims of human footprints in the Paluxy.

Today, creationists continue to ex­plore the Paluxy basin for human foot­prints and continue to claim that they are finding them. An ongoing expedition is led by Carl E. Baugh, a Baptist minister from St. Louis. Working with a bull­dozer, an air hammer, and crews of vol­unteers, Baugh claims to have uncov­ered 98 dinosaur tracks, 29 human tracks, 1 human handprint, and 6 big cat prints. “This evidence is devastating to evolution,” he says. “We know the Lord would like this exposed as quickly as possible.”

Have Baugh and Burdick and others like them really found human footprints? Hardly. It is difficult even to see the shape of a foot in many of them. One speaker in a creationist film called Footprints in Stone blames erosion: “It doesn’t take long after a track is exposed before it becomes almost unrecognizable in just a few years.” (Curiously, the three-toed dinosaur tracks are still quite recognizable.) A number of the impres­sions are extraordinarily large and lack features like toes and heels. Creationists explain the latter phenomenon by saying the people who made the prints wore moccasins; they explain the former by citing the Bible: “There were giants in the earth in those days.” Baugh, in fact, thinks he has enough evidence of giants to designate them a new genus. Humanus bauanthropus, he calls them. Yet whenever scientists have studied the tracks by the Paluxy River, they have come away wholly unconvinced.

One such scientist is SMU paleontolo­gist Bob Slaughter, who about fifteen years ago was asked for his opinion of the man-tracks by a group of crea­tionists. They showed him a number of implausible pits in the rock—“Any little smudge they called a human footprint”—before reaching one that looked possi­ble. It had the right shape and size, but no toes. When Slaughter pointed that out, they gave him the moccasin excuse. Slaughter followed the marks, and soon they led to a larger footprint that Slaughter recognized. “This is the heel print of a camptosaur,” he said. As he recalls it, “They said, ‘No, he’s going that direction and he’s going under the rock over there,’ and so on. It was clear they didn’t want identification, they were just after authentication of what they thought was there. About a year later I was back in the area with a graduate stu­dent and I took him over to show him this ‘man-track.’ We went to the very same one, and now it had toes. Somebody had put human toes on that track.”

Another Texas paleontologist, Steven Schafersman, has studied Baugh’s find­ings, and he is convinced that there is nothing even close to a human footprint in the bunch. He and other paleon­tologists, anthropologists, and geolo­gists who have looked at the so-called man-tracks think they were caused by exposure, dinosaurs, or subsurface ero­sion. “The majority of the prints,” Schafersman says, “are due to erosion—scoured depressions, parallel to the river, in a variety of shapes, sometimes showing ‘toes.’ ”

My own inspection of the man-tracks leads me to the same conclusions as Schafersman. Most of them bear very little resemblance to any footprint made in mud. The contours of the arch are either wrong or missing, the toe prints don’t look like real toe prints, individual tracks are often far away from other tracks, and tracks in supposed sequence often show a stride that is downright bizarre for a human in a hurry on slip­pery mud. As a local man-track guide (yes, they’re still a tourist attraction) said, “You just kinda have to use your imagination.”

One of the great evolutionist hoaxes—the famous Piltdown hoax, in which a faked skull was passed off as the missing link in man’s evolution from the apes—was described by Harvard biologist Stephen Jay Gould as “the imposition of strong hope upon dubious evidence.” That, in the end, appears also to be a good description of what the creationists are doing in the Paluxy River basin. 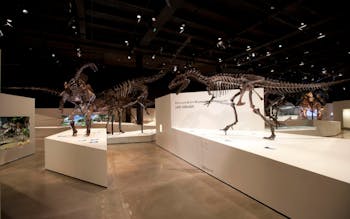 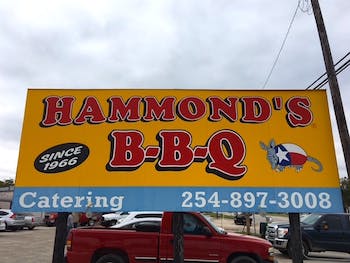 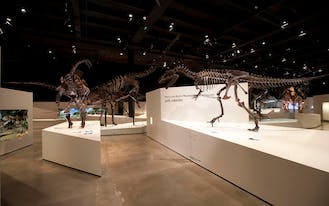 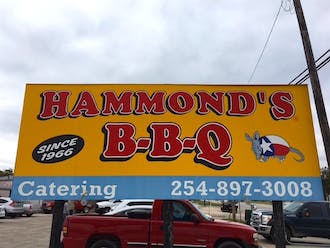 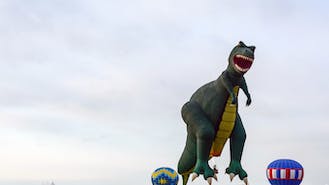 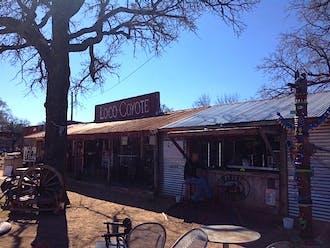