The Nueces County courtroom where Hannah Overton was convicted in 2007 and sentenced to life in prison was filled Monday with an overflow crowd of spectators and reporters. Flanked by a new team of attorneys, Hannah sought, a second time around, to prove her innocence.

Hannah was arrested in 2006 after Andrew Burd–a four-year-old foster child whom she and her husband were in the process of adopting–mysteriously died of a rare case of “salt poisoning.” An article I wrote in the January 2012 issue of TEXAS MONTHLY questioned how the former Corpus Christi homemaker and mother of five could have forced the boy to eat 22 teaspoons of salt, as prosecutors argued she had done. Hannah, who had no history with CPS, no previous arrests, and no history of violence, has always maintained her innocence. Evidence suggests that Andrew had an undiagnosed eating disorder called “pica,” which is characterized by a desire to consume inappropriate things, like salt.

In February, the Texas Court of Criminal Appeals handed down a strongly-worded ruling, ordering the trial court to examine Hannah’s claims of actual innocence. In a statement accompanying the ruling, Judge Cathy Cochran wrote, “The judiciary must be ever vigilant to ensure that verdicts in criminal cases are based solely on reliable, relevant scientific evidence–scientific evidence that will hold up under later scrutiny.”

Hannah’s attorneys spent most of yesterday trying to demonstrate that Hannah’s conviction relied on bad science. “There’s very little that this court will hear that wasn’t heard at trial,” cautioned prosecutor Doug Norman. But several fascinating developments came to light.

Much of the day’s testimony concerned a sample of gastric contents that was taken from Andrew at an undetermined point during his hospitalization. Attorney Chris Pinedo, who represented Hannah back in 2007, testified that the defense had asked the state for the sample prior to trial so that testing could be conducted on it, but “we were told it did not exist.” Pinedo then referred to photographs of the sample undergoing testing at the Nueces County medical examiner’s office–photographs that suggested that the sample did, in fact, exist. (The state is required, by law, to hand over all such evidence to the defense.) Pinedo is expected to return to the stand Tuesday and will likely address this issue further.

Forensic pathologist Judy Melinek spoke to how critical this sample would have been to understanding exactly what happened to Andrew. There were “numerous” things she would have tested it for–not just sodium levels–which might have explained the boy’s precipitous demise. In addition, she said, the boy’s hypothalamus and pituitary gland were never adequately examined by medical examiner Ray Fernandez. “If you’re going to make a statement that someone died as a result of sodium intoxication, at the very least, as a pathologist, you need to look at the organs that control sodium balance in the body. And those organs are not just the kidneys, but they are also the hypothalamous and pituitary …the fact that [these tissues] were discarded, makes no sense to me, in a capital case.”

Melinek said she believed that Andrew’s death was accidental, and that he had ingested “a load of salt” on his own. “Was there sufficient scientific and medical basis for Dr. Fernandez’s opinion that it was homicide?” Melinek said. “No.”

Dr. Edgar Cortes, an emergency medicine pediatrician who evaluated Andrew twice before his death, took the stand to state that he was never called by the prosecution to testify at Hannah’s original trial, even though he was on the state’s witness list and had waited for days at the courthouse to take the stand. As a segment on Corpus Christi news station KRIS-TV recounted:

Dr. Cortes says the boy’s death may have been caused by other factors, including neurological problems and an eating disorder.

Prosecutor Sandra Eastwood is no longer with the District Attorney’s office. Cortes also testified Eastwood never called him to the witness stand. Instead different medical experts were used and Cortes thought he knew why.

“I felt like the prosecution had its own theory about what happened.”

While preparing for trial, Cortes also testified, he told Eastwood that when he had evaluated Andrew, the boy had not only speech delays but cognitive delays as well. (Andrew was characterized by prosecutors at trial as a “normal” child.) Children who have such cognitive delays, Cortes explained yesterday, have “less self-modulation” and are more impulsive. Did these cognitive impairments put him at greater risk for eating inappropriate items to excess, and perhaps poisoning himself, defense attorney Cynthia Orr asked? “Yes,” Cortes said.

Hannah is seeking a new trial based on claims of newly-discovered evidence, ineffective representation by her attorneys during trial, and claims that prosecutors failed to turn over evidence to the defense. Some testimony yesterday, however, undermined the notion that there was newly-discovered evidence, suggesting that the sample of Andrew’s gastric contents had simply been mislabeled.

As witnesses testified, Hannah’s supporters–which included her husband, Larry, as well as her mother, oldest son, pastor, and members of her church–listened intently. Hannah, who cried once before testimony began, sat behind the defense table in leg irons, quietly observing the proceedings and scribbling notes to her attorneys.

Hannah’s formidable team of attorneys, all working pro bono, includes Orr, who obtained the first confession of error by the state of Texas in a death penalty case; John Raley, whose hard-fought battle for DNA testing resulted in the recent exoneration of Michael Morton, who spent 25 years behind bars; and Gerry Goldstein, whose brilliant and colorful career was the subject of a 1996 TEXAS MONTHLY profile, “The High Times of Gerry Goldstein.”

Testimony will resume Tuesday morning. Before the conclusion of the hearing, former prosecutor Sandra Eastwood is expected to testify. 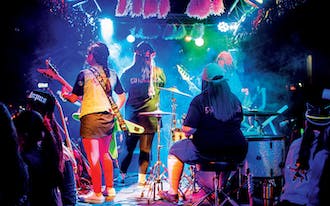 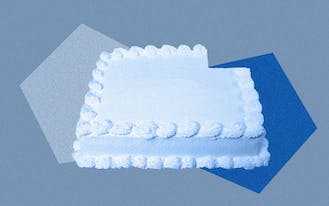 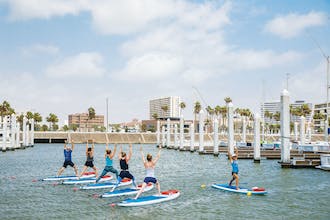 Where to Experience the New Corpus Christi 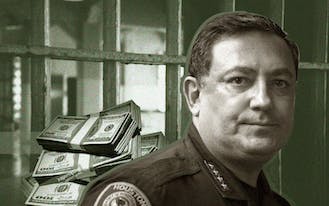 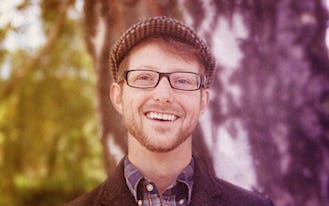