After forty-one years, Back Country Bar-B-Q has a new owner. Scott Collard was the longtime general manager at Big Al’s Smokehouse, another Dallas barbecue institution, before striking out on his own. He and his wife, Teresa, bought the place in July from Frank Hart, who founded Back Country Bar-B-Q in its original location on East Northwest Highway in 1975. When Hart moved the business to its current location at Park and Greenville in 1988, he brought his longtime pitmaster, Earnest Griffith Sr., with him. Collard was smart to keep Griffith around to work the three hickory-burning Oyler smokers.

There might be a new owner, but most everything is just the way it’s always been at Back Country. From behind the cutting block, Griffith greets customers as they come through the door. Ask him for “top cut” brisket if you want it from the fatty end. I like the edges with plenty of bark, so I just ask for burnt ends and he knows what to provide. Request lean brisket at your own peril. It comes fat free and relies on the deep red sauce, an excellent homemade recipe, for moisture.

Those chunks of fatty brisket are smoky and just tender enough, but the brisket here is best enjoyed on a sandwich. A two-meat po-boy with two sides is under $12, and that chopped beef goes well with the sliced sausage from Rudolph’s Market in Dallas. A generous toppings bar with chopped and sliced onion, dill pickle spears and slices, and three kinds of hot peppers lets you do more customization than at most barbecue joints. 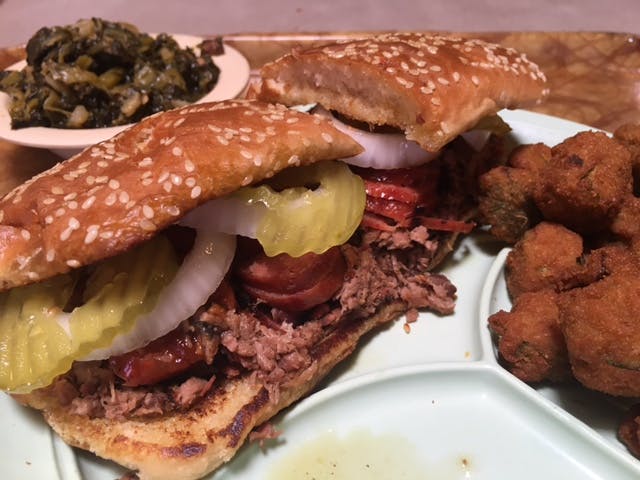 While Griffith is slicing your order, make your request for onion rings or fries and they’ll make them fresh (there’s also a better-than-average version of frozen okra). The onion rings are large, with a coating that’s somewhere between a batter and a flour crust. They’re as good as the fries, which brought back memories of county fair french fries, minus the salt and vinegar. Get a cup of the excellent chili and cheese to make your own version of chili-cheese fries. After I posted a photo of my chili-cheese fries, Collard added the Back Country Gut Pack to the menu, which includes chopped brisket or sausage on top. 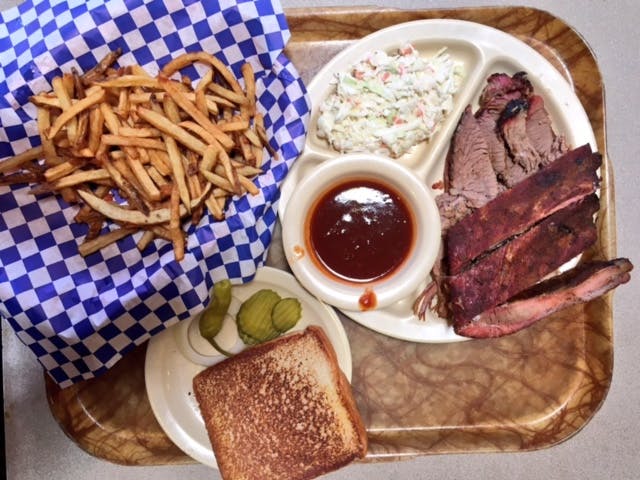 Collard has been careful to keep most everything just as it always has been at Back Country, but he added beef-back ribs to the menu. They’ve been popular at Big Al’s for a long time, but Griffith does them a little differently. After a few hours on the smoker, he wraps them in foil to finish. They have lots of rub and don’t have much of a bark, but they’re more tender than most any back rib I’ve eaten. 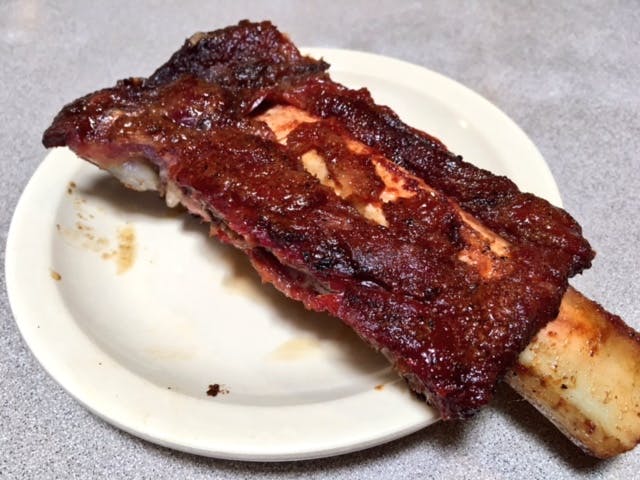 The pork ribs have been up and down over my past two visits, but have been solid in years past. St. Louis cut ribs are rubbed heavily and smoked until just tender enough. They go especially well with the sauce. The smoked chicken is so juicy it needs no adornment. It’s light on the seasoning, but brings a good dose of smoke.

The sides are self-serve from a hot and cold line. The slaw and beans offer no surprises, but the potato salad is like nothing I’ve seen before. The potato chunks are so small like they were riced, and the dressing is heavily spiked with mustard and spices. It looks more like pimento cheese, but I liked the flavor. The best side, besides the fried items, was the turnip greens, which had just the right amount of salt and tanginess. 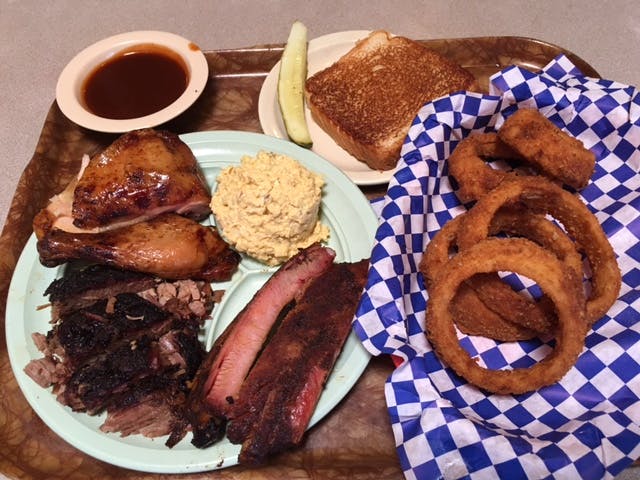 Back Country is a throwback, and regular customers aren’t looking for a new and improved versions of their old favorites. They’ve been eating the same barbecue for four decades because Griffith cooks it the way they like it. The regulars are also intensely loyal. I was eating alone at lunch when I overheard a group mumbling about the shirt I was wearing from another barbecue joint. When I looked up, an older gentleman asked flatly, “Why are you wearing that shirt in here?”

You might not find transcendent slices of juicy brisket, but there’s plenty worth visiting for. Not least of which is to celebrate the fact that this joint is still around after four decades. Griffith said the landlord doubled the rent recently, which forced Hart to put it up for sale. The land could have easily gone the way of the lot next door—which is now home to a new McDonald’s—if Collard hadn’t bought the business, and Dallas would be without one of its classic barbecue joints.