– John Lewis of Austin’s la Barbecue will travel to South Carolina to show them what Texas BBQ is all about in this cross-cultural barbecue event.

– Alice Laussade lists ten ways you know your relationship is over in Dallas. #2 is “He takes you to Dickey’s.”

– Goedecker’s pulled off some deep-level barbecue trolling. They created an infographic on American barbecue styles, left Texas off entirely, then sent it to me to re-post on a site dedicated to Texas barbecue. Bravo.

– The addition at Franklin Barbecue in Austin is well under way. This week they brought in a new smoker named “Bethesda.” It’s a wood-fired rotisserie built by Aaron Franklin and will be used for cooking ribs. 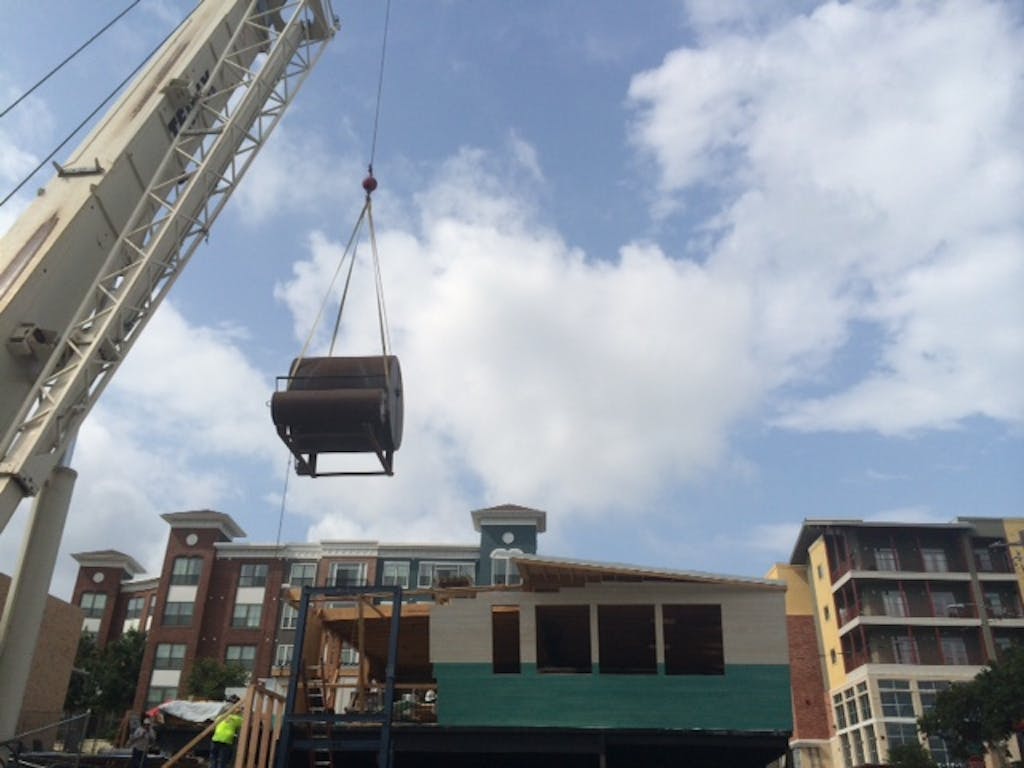 – Patrick Feges of Killen’s BBQ and Wesley Jurena of Pappa Charlie’s BBQ will host a barbecue pop-up in Houston on 6/28.

– After much anticipation, Terry Black’s BBQ in Austin is open for business.

– The barbecue lists just keep coming out of Austin:

– Saw’s BBQ in Homewood, Alabama was named the best BBQ in the country by Paula Deen. Also listed in the Top 10 are Live Oak BBQ in Austin and Snow’s BBQ in Lexington. In other news, Paula Deen still has a magazine.

– Barbecue Rankings is looking for the best 100 barbecue joints in America. In the process they might have found the worst barbecue town in the country.

– Vitek’s BBQ in Waco will be featured on the show Shipping Wars.

– B Daddy’s BBQ is a finalist in a competition to find America’s best BBQ food truck.

– A couple of Conroe-area barbecue joints are highlighted, mainly for not being trendy.

– After taking over for the late Bob Michna, Jim and Tammy Talasek keep things humming along like they always were at Michna’s BBQ in Waco.

– Of course you can:

– Former Texas Monthly editor Jake Silverstein offers some of his favorites for NYC BBQ at the end of this interview.

– The new version of Tavern on the Green disappoints in a New York Times review, including their “brisket in a sweetish barbecue sauce.”

– San Francisco now has some good barbecue options in Smokestack , 4505 Burgers & BBQ, and maybe even an option in Berkeley.

– Louisville is trying to better it’s barbecue scene, but The Smokehouse isn’t quite doing it.

– Here’s a wrap-up of the barbecue options in Las Vegas, but “brisket braised in apple juice?” C’mon Vegas.

– A video from Vice about whole hog barbecue in North Carolina:

– The Big BBQ Bash in Maryville, Tennessee becomes an automatic qualifiying event for the American Royal and the Jack Daniel’s World Championship.

– On sourcing your barbecue competition meats.

– The Chive looks at legendary barbecue cookers around the country.

– And finally, this Carlos Pena homerun ball landed in the brisket:

Only in Texas: Carlos Peña hits first home run in more than a year, & it lands in a tub of beef brisket http://t.co/mYt5MktANY