A native son of the Lone Star State as well as a barbecue habitué, R.J. Hinkle is an advertising, commercial and editorial photographer based in Addison, Texas. For years he has been traveling to joints and smoke pits throughout the state to capture images of the people, the places and the smoky creations of Texas barbecue culture.  R.J. is an alum of Texas Tech University and serves on TTU’s College of Media and Communications’ National Advisory Board. He balances his BBQ addiction with enthusiastic but weak weekend Lance Armstrong impressions (blood tests reveal no EPO, but suspicious levels of a secret rub recipe known only to an elite Oak Cliff BBQ team). He lives in Coppell, Texas with his two fantastic kids and his beautiful, and very understanding, wife. In his spare time he has delusions of having spare time. 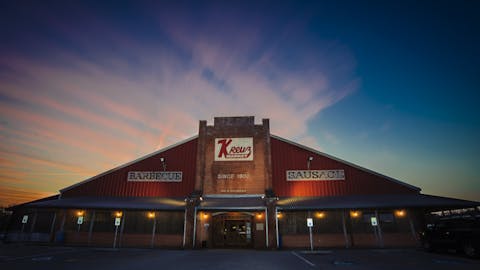 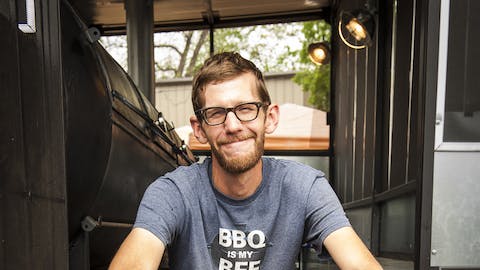 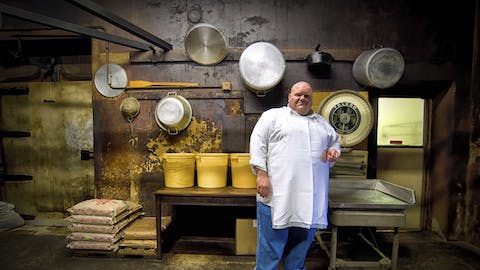 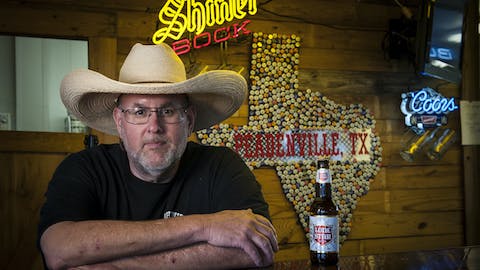 Jim McLennan of Hashknife on the Chisholm
in Peadenville 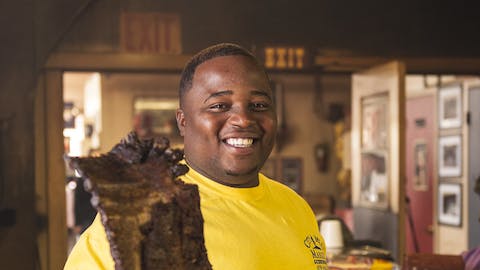 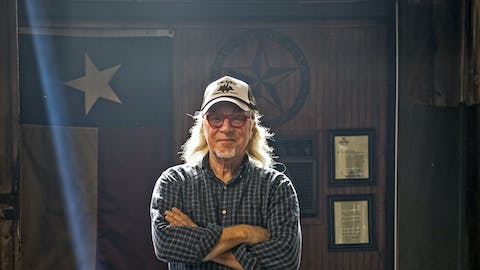 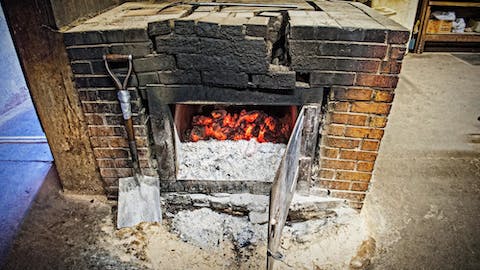 The pit at Prause Meat Market in La Grange