In a renovated gas station that looks more like a former Blockbuster with a colorful sign that evokes Baskin Robbins, sits Big Daddy’s Ribs & BBQ. It opened last year along a widened El Dorado Parkway on the east side of Lake Dallas where suburbia has overtaken anything resembling lake-related development. For now, though, it’s probably the best barbecue you can find around the lake.

I made a few stops from Lewisville to Little Elm at some new barbecue joints, and some just with new digs. Big Jack’s in Lewisville was an incredible value (under $20 for a plate with all seven meats), Chasin’ Tail in Lake Dallas showed promise with their ribs, and Tredway’s on the western edge of the encroaching lake waters served up some good smoky brisket, but Big Daddy’s was the best of the bunch by a hair. What put them over the top was the one signature item that is hard to find elsewhere – real burnt ends. 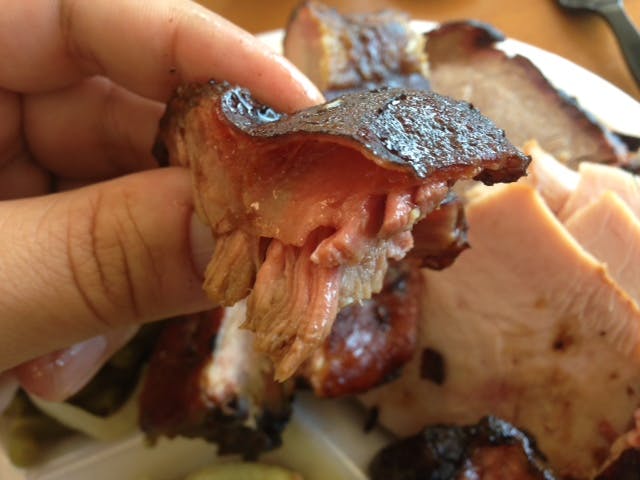 So often when you find the Kansas City staple on a Texas menu, it’s just cubed up fatty brisket with some extra seasoning or sauce added. The fatty morsels at Big Daddy’s were surrounded by an intense bark and smoked to a transformative point. Biting through the sometimes tough outer layer into the liquefied fat was akin to the sensation of biting into a cream-filled chocolate from a Whitman’s Sampler box. Each one was a gusher with an addictive smokiness and saltiness that the sliced brisket couldn’t match. Dry slices from the lean side exhibited a stale smoky flavor that betrayed its time in the Southern Pride rotisserie. 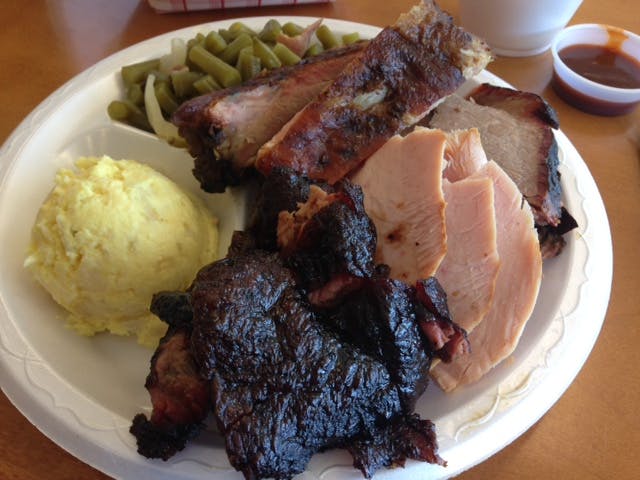 Ribs get top billing in the name, and don’t come cheap. Just like the burnt ends, there’s a $4 upcharge to add them to your plate. If you want a combo with both, it will cost and additional $8. The burnt ends are worth it, but I’m not sure about the ribs. The baby backs were tender enough, but had too much rub and no bark. At the end of the meal the owner, Blake Merrell, told me I should have tried the chicken, and I think he was right. The turkey was trimmed of its outer layer, or maybe smoked skin-on. It was so full of brine, or an injection, or both that it was squishy. The overt saltiness brought a flavor closer to ham than bird.

Merrell also boasted that everything was homemade, and he’s mostly right, but we’re to a point where restaurant owners need to stop calling canned green beans “from scratch.” The chewy boiled bacon and onion slivers swimming with limp salty beans aren’t fooling anyone. A scoop of potato salad with a heavy mustard tingle and a corn casserole were better options. Creamy sopapilla cheesecake, a family recipe, was a unique dessert option that exhibited the homemade vibe they’re going for. 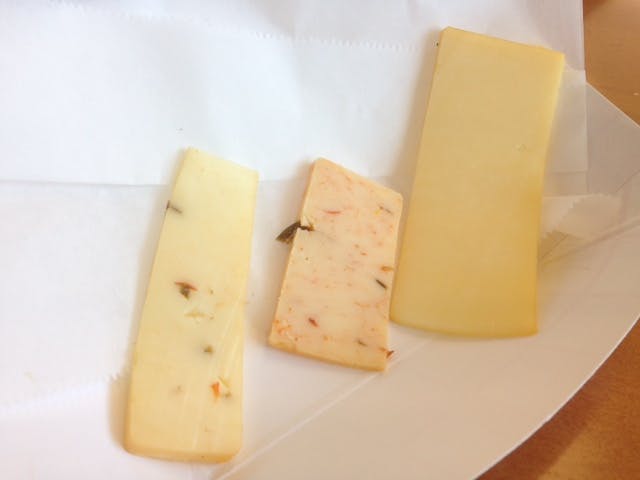 A pet project of Merrell’s is smoked cheese. Several varieties are available, and he brought samples to the few tables still occupied just after 1:00. The habanero will have you searching for a glass of water, while the hot pepper variety is several notches milder. I liked the white cheddar. In all of them the smoke wasn‘t so aggressive as to mask the flavors of the cheese, and Merrell credits this to his use of fruit woods for the cold smoker. Right along with the meats, you can also take home the cheese by the pound.

Open for lunch and dinner every day of the week, Big Daddy’s a decent barbecue option for the lake crowd or Frisco locals. It’s only worth a longer trip if you have a thing for smoked cheese or a hankering for some real burnt ends.