Some joints are known for how well they do one meat or another, but Black’s does them all well. Brisket, ribs, sausage, and turkey were piled on top of our small plate, and they were all picture perfect. 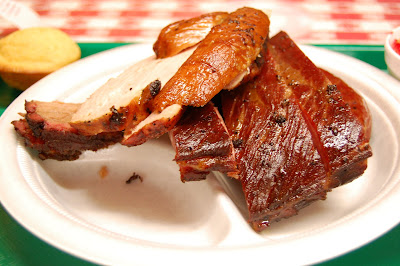 The brisket had a dark crust and deep-red smoke line. The meat was flavorful and smoky, but it could have used a little more time on the smoker to tenderize a bit. The ribs had a perfect cross section of deep-red crust, well-rendered fat, and red smoky meat. The light salt-and-pepper rub provided a good robust addition to the smokiness, but the ribs, too, could have been more tender. A link of beef sausage was good with plenty of fat and a coarse grind of good smoky meat. The big winner was the incredibly moist and tender turkey breast. There’s no deli turkey in this joint, and the smokiness of the turkey was deeper than in other meats.

As we dined, Norma Black chatted with out table about the history of Black’s. It turns out the she and Edgar took over the place in 1949, just after graduating college, when Edgar’s dad died suddenly. They were just going to run the place until they could find another family member to take over, but sixty years later they’re still at it and doing a fine job. Norma was nice enough to arrange a tour of the pits in the back. They smoke with all oak and try to cook everything at around 350 degrees. 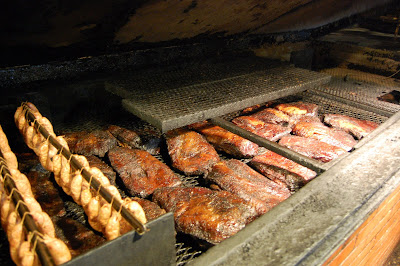 As I was leaving, I noticed three generations of a local family enjoying a Sunday dinner at Black’s. If I was a local, I’d probably be a regular here too. 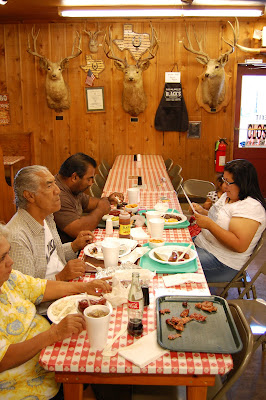