The Cele Store was built in 1891, originally opened as the Richland Saloon, and it looks like it got its last coat of fresh paint about a decade later. Without all the trucks parked in the grass outside of the Manor joint, you wouldn’t expect that the barbecue joint inside was open for business, but they’ve been smoking meat here since 1953 when Marilyn Weiss and her husband, Marvin, bought the place. Since then it has become the setting for more than one Hollywood film while continuing to provide a solid barbecue option that’s off the beaten path.

The Cele Store started out as a general store. Leslie Hamann, who has worked at the restaurant for sixty years, said they found a spark plug for a Model A Ford a couple years back hidden on a shelf. Hamann remembers when the barbecue, which was originally a side business, was shoulder clod and pork shoulders cooked over a trench they dug beside the building. In 1964, August Mills built the brick pit they still use today, where pitmaster Mike Randig cooks brisket, baby back ribs, sausage, and, on Thursday evening, pork loin instead of the brisket. 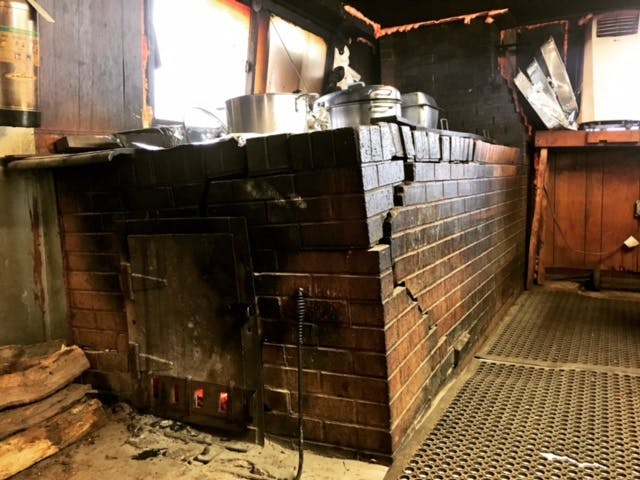 A mixed plate is the standard order, and for $14 (cash only) it comes with all three of the smoked meats plus Colby cheese, white bread, pickle spears, and sliced onion. Marilyn retired in 2007, but chances are her daughter, Janice Fuchs, will be the one waiting on you. It’s not so crowded at lunch on a Friday, but she warns that without reservations on Friday night, you might not find a seat. Every other Friday, the barbecue comes with a side of live music. 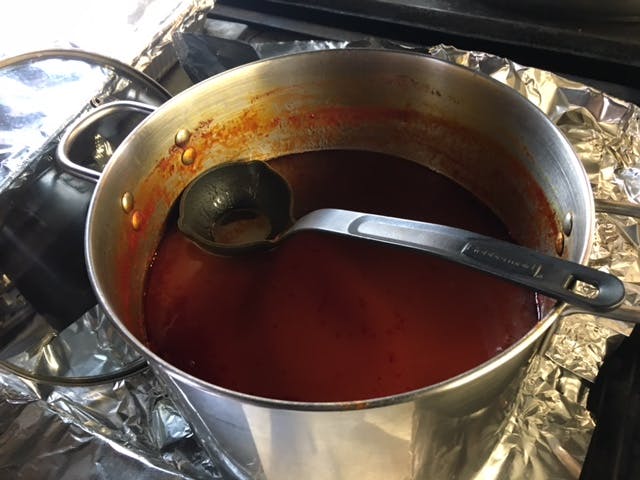 Every plate comes with a cup of the excellent homemade sauce. It’s a thin mix of ketchup, vinegar, and water with plenty of onions, lemon juice, and probably butter. Randig wasn’t about to share the recipe that Marilyn developed when Cele Store first opened, but he did note, “A lot of people will get a cup and drink it.” I liked it poured overtop of a pile of brisket on a piece of white bread. You can ask for the brisket to be sliced, but it’s normally served in chunks because Marilyn did it that way. They’ve continued the tradition, which Hamann said was a mistake. “It’s a lot of work. Slicing it would be a whole lot quicker,” he joked. Either way, it’s a tad dry, and benefits immensely from the sauce. 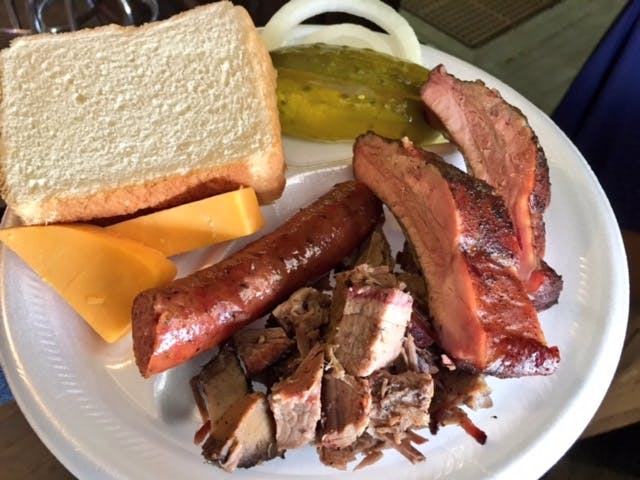 A link of beef sausage, from Meyer’s in Elgin, was juicy and smoky. I liked the simple baby back ribs best. They required only a slight tug to get them off the bone. They’re seasoned simply, allowing the smokiness to come through. As for the sides like beans and slaw, there are none. This is a spot where you fill up on the meat.

I’ve eaten here for lunch and dinner, and can attest to the conviviality of the Friday night crowd. With the communal seating and family style dining, it’s also the kind of place where you can show a slice of rural Texas to out-of-towners. And just thirty minutes from downtown Austin, the Cele Store is a great spot for a long lunch. The service is quick, the barbecue is good, and the price is right. Just don’t forget your cash.