John Young is now settled in his native West Texas, but he took a circuitous route to get back there. He sold his barbecue joint in Sachse, northeast of Dallas, in 2001 and moved to Philadelphia for a corporate job, and then five years ago he moved back to San Angelo and opened Rio Concho Catering. The catering company eventually led to Peepsi’s Barbeque and the Concho Pearl Icehouse, which though very different joints in San Angelo, share a penchant for mixing smoked meats and a deep fryer.

Young’s daughter, Ashley Young-Turner, is a co-owner in the restaurant group. I missed them both during visits to the restaurants, but caught them on the phone during a layover. They were traveling together to Michigan, where they were planning to meet a potential franchisee and spread the virtues of mesquite smoke. They’ll likely be sharing the secret of the Peepsi’s jalapeño poppers (pictured at the top), as well. Young-Turner told me, “You’ll find a lot of freezer-to-fryer style jalapeño poppers,” but they wanted something unique at Peepsi’s. Their jalapeños are stuffed with smoked turkey, cheese, and spices. Milder pickled jalapeños are used, so they aren’t too hot to handle, and the panko breading gives them a great crunch. It beats anything you’d pull from the freezer. 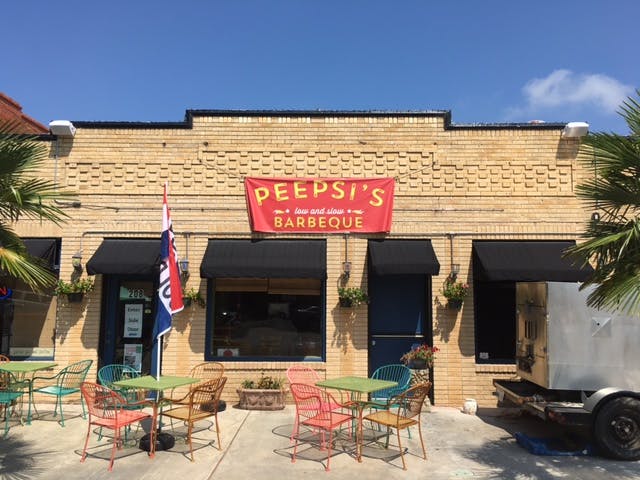 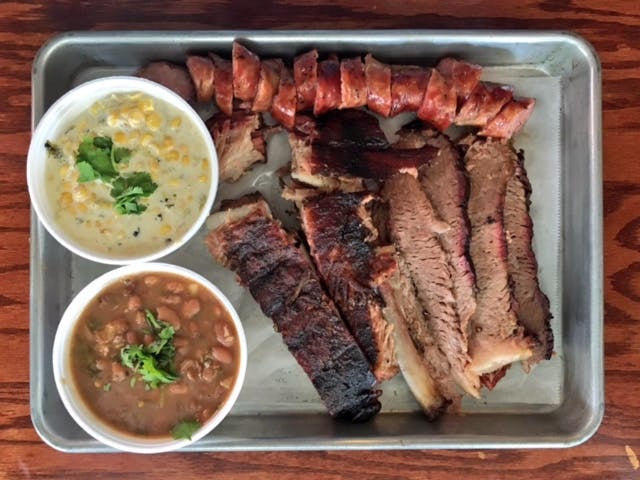 Peepsi’s moved to their new downtown location earlier this year, and they brought their house recipe pork sausage with them. The recipe, developed by Young, has the flavor of a Czech sausage with plenty of black pepper and garlic. The links are smoked over mesquite and pecan wood in a Southern Pride rotisserie and have a great snap.

You won’t find the smoked sausage at the Concho Pearl Icehouse several blocks south. There’s some barbecue, but the menu is more eclectic than Peepsi’s. The Concho Pearl opened in early 2014 in a converted service station. There’s a large patio for live music, an impressive beer list, and a brisket-stuffed avocado on the menu. 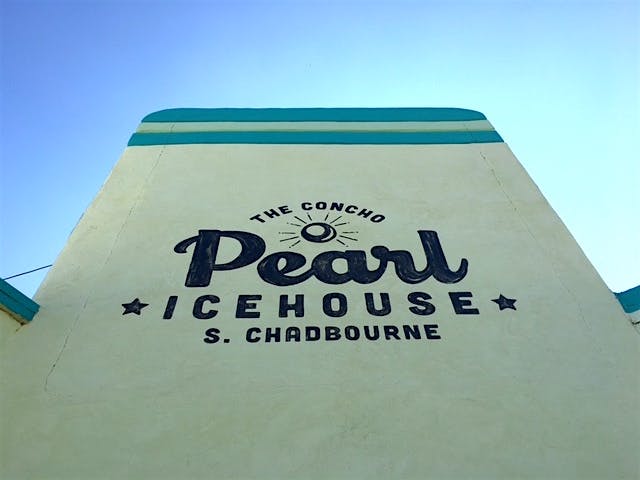 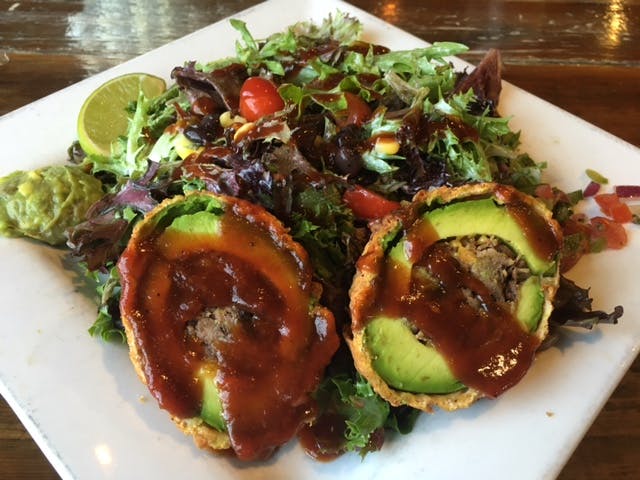 Developed by the Concho Pearl’s cook, Matt Lopez, the whole avocado is generously stuffed with cheddar and chopped smoked brisket. In order to get more barbecue in there, “We increase the size of the cavity a little more,” Young-Turner explained. It’s a whole avocado, which must be halved to remove the seed and add the barbecue. This created a challenge when getting it back together for frying. They first tried covering the avocado in mashed avocado as a sort of batter, but that didn’t work. In the end, they just stuck the two halves together, relying on their natural stickiness to keep it whole. After an egg wash and a dip in flour, it gets dunked into the hot fryer.

I expected and oily, mushy avocado but was pleasantly surprised. It remained just stout enough, and the brisket stuffing was juicy and smoky. Young-Turner noted the obvious, that “combining barbecue and fried food, that’s a heavy plate,” which is why it all comes served open-faced with a salad. It’s not a bad compromise when consuming an orb of fat filled with two kinds of fat and fried in, well, more fat. And it makes for one heck of a barbecue concoction in West Texas.