Amidst the rain and overcast skies in Houston yesterday, there was a barbecue festival. The second year for the Houston Barbecue Festival was held at Reliant Park, and twenty local pitmasters gathered to share their barbecue bounty with an estimated two thousand guests. The rain came in waves, but I had plenty of time between the downpours to try every one of the restaurants in attendance.

I was already familiar with the excellent brisket at Corkscrew BBQ and beef ribs Louie Mueller Barbecue (who will open a Houston location by the end of 2014), and The Brisket House (especially that jalapeño sausage) didn’t disappoint either, but one reason I enjoy this festival so well is that it highlights local barbecue joints that might be unfamiliar to a state-wide audience. There’s a real diversity to the barbecue being served, which means there were a few barbecue discoveries to be had at this year’s festival.

Killen’s BBQ – Lean Brisket
Compared to the leaner flat cut, cooking fatty brisket is a breeze. These slices from Killen’s prime briskets were incredibly juicy despite being from the flat. Ronnie Killen just might give lean brisket a good name. 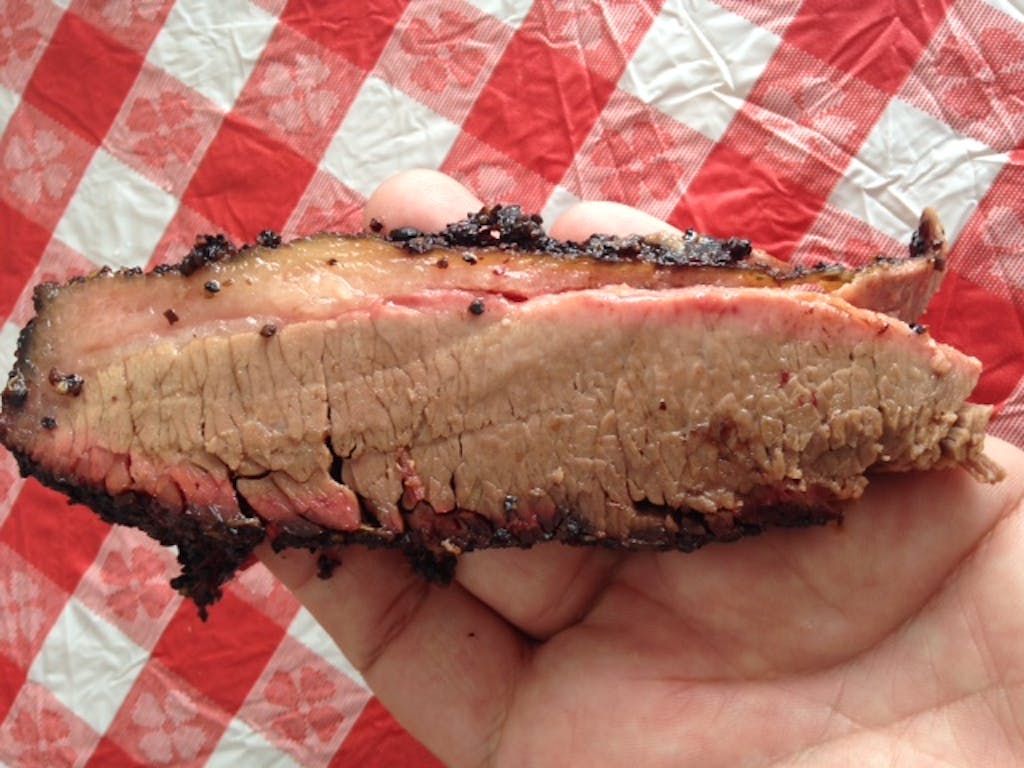 Feges BBQ – Brisket
Patrick Feges is working with Ronnie Killen until he can branch out on his own, but he had his own booth at the festival. His brisket was good, and he’s only been in the barbecue game for a couple years now. If he can cook this good consistently, then Houston should have another good barbecue option when he gets his own place. 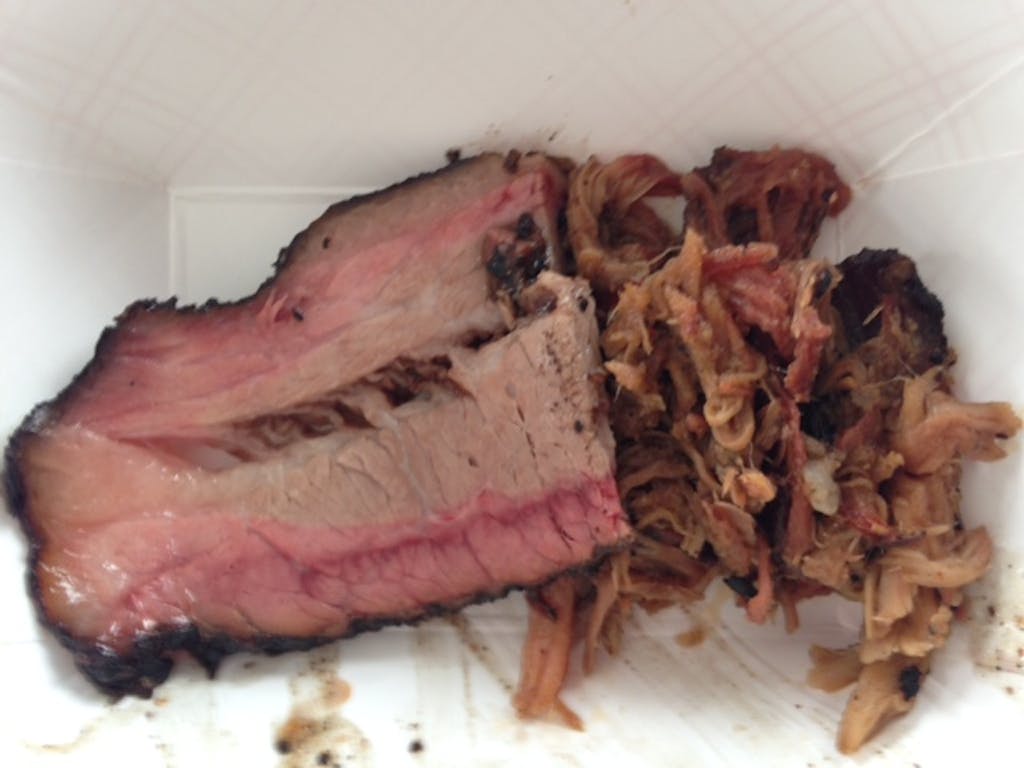 Pappa Charlies Barbeque – Smoked Turkey
This festival wasn’t all about the brisket.  Wesley Jurena’s smoked turkey breast was a welcome diversion from all the beef. One Twitter comment said it best: “I actually give a damn about turkey at a brisket event.” 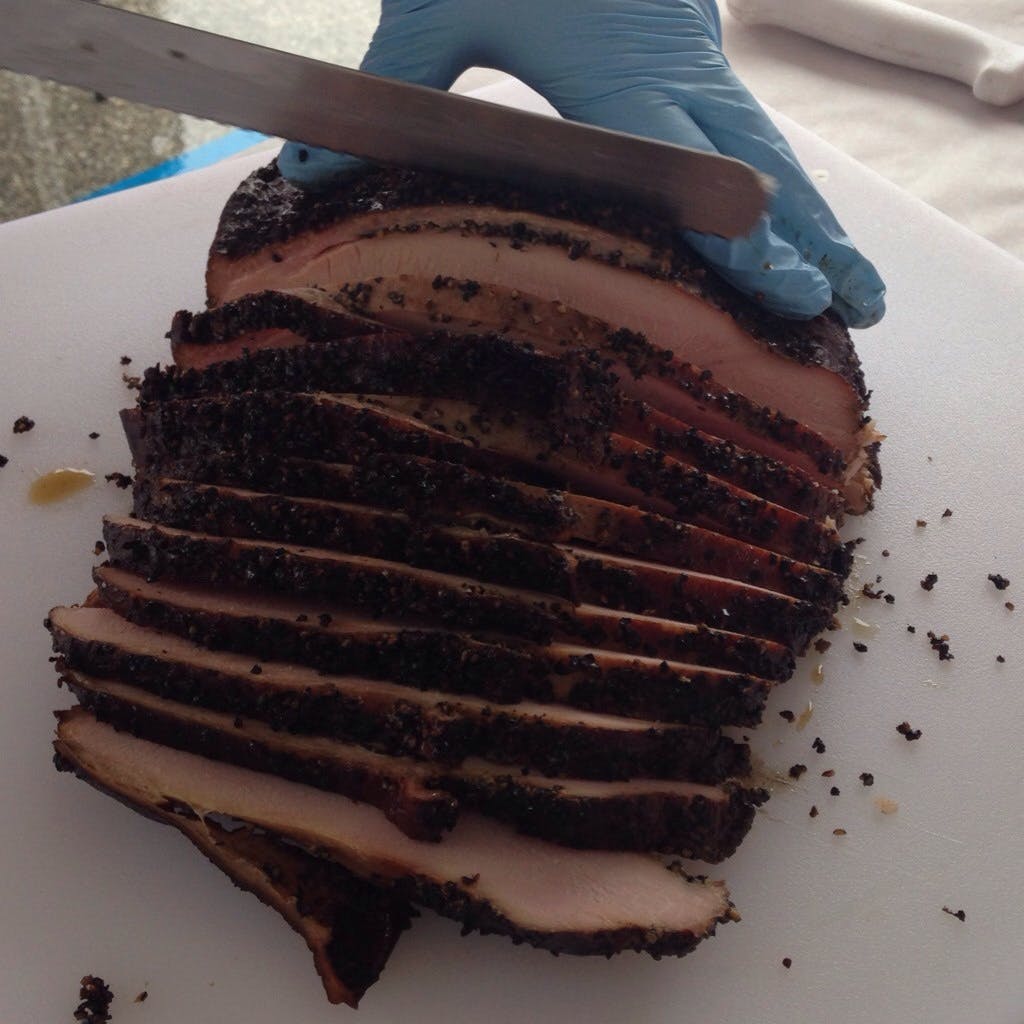 Lenox Bar-B-Q – Beef Back Rib
I’ve eaten much of the menu at Lenox, but the beef back ribs are new. They were cooked long enough to tenderize this notoriously tough cut, and the layer of sweet glaze worked better than I expected. 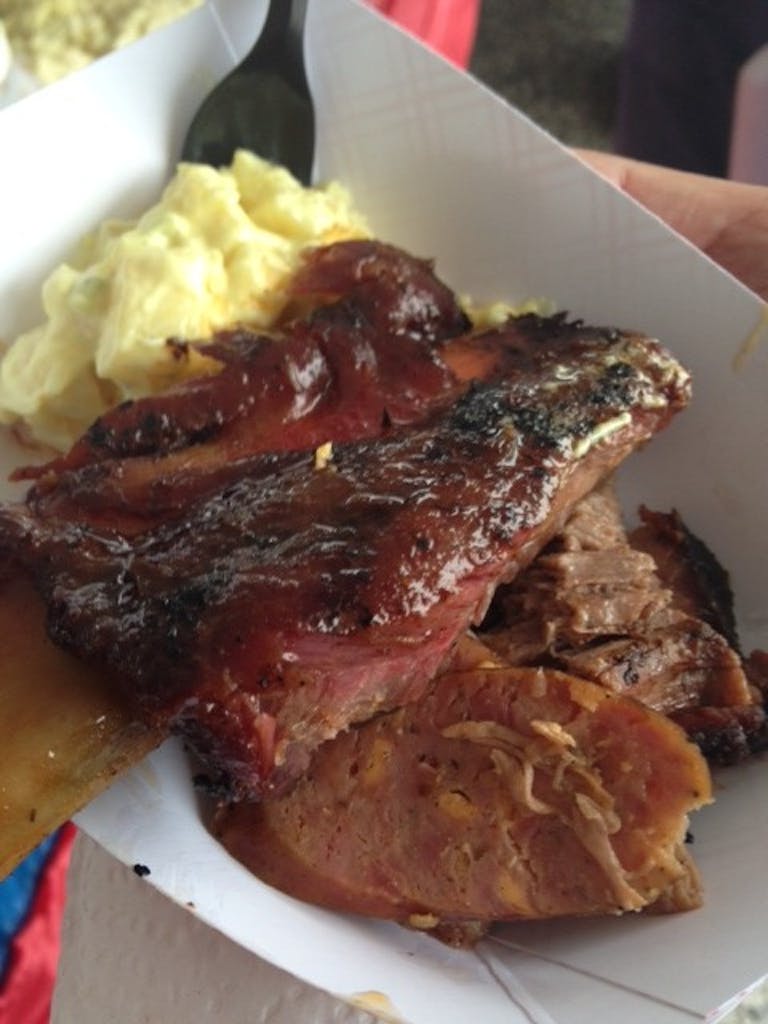 The Wooden Spoke – Pulled Pork Sandwich
I wasn’t expecting a taste of the Carolinas in Houston, but they did a good rendition of North Carolina style barbecue at The Wooden Spoke. The pork was smoky with a hint of vinegar sauce, and the crunchy slaw set it off. 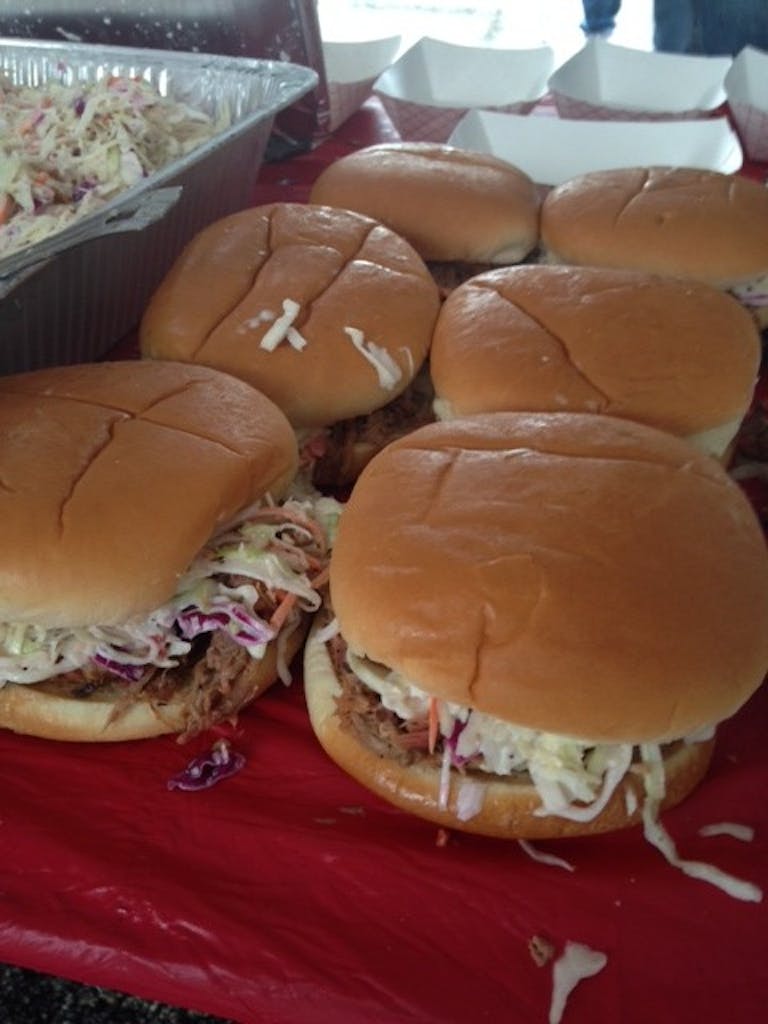 Gatlin’s BBQ – Beef Rib
Gatlin’s is know for their brisket and pork ribs, but they added beef ribs to their repertoire for the festival. I only got a chunk of it along with two styles of pork ribs (which were also stunning), but it was one heck of a bite. I just hope these make it onto the Gatlin’s menu. 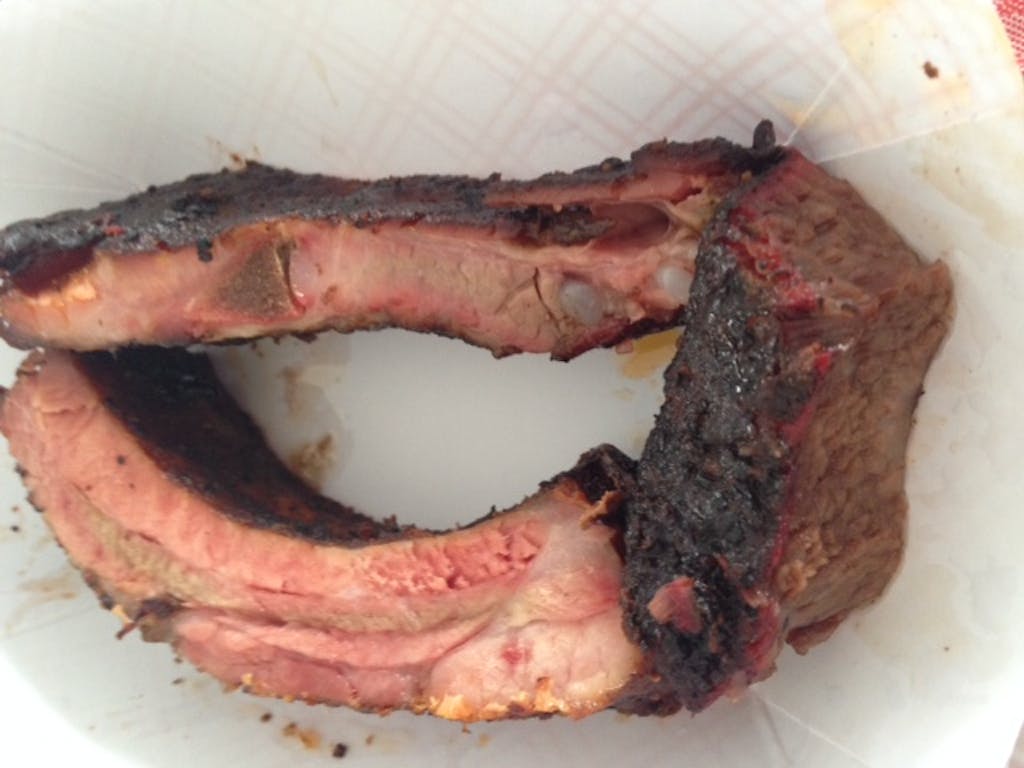 Ray’s BBQ Shack – Deep Fried Corn
It’s not exactly on the lighter side, but the pop of sweet corn kernels beneath a crunchy, salty layer of breading was a great compliment to the spice of their sausage and boudin. 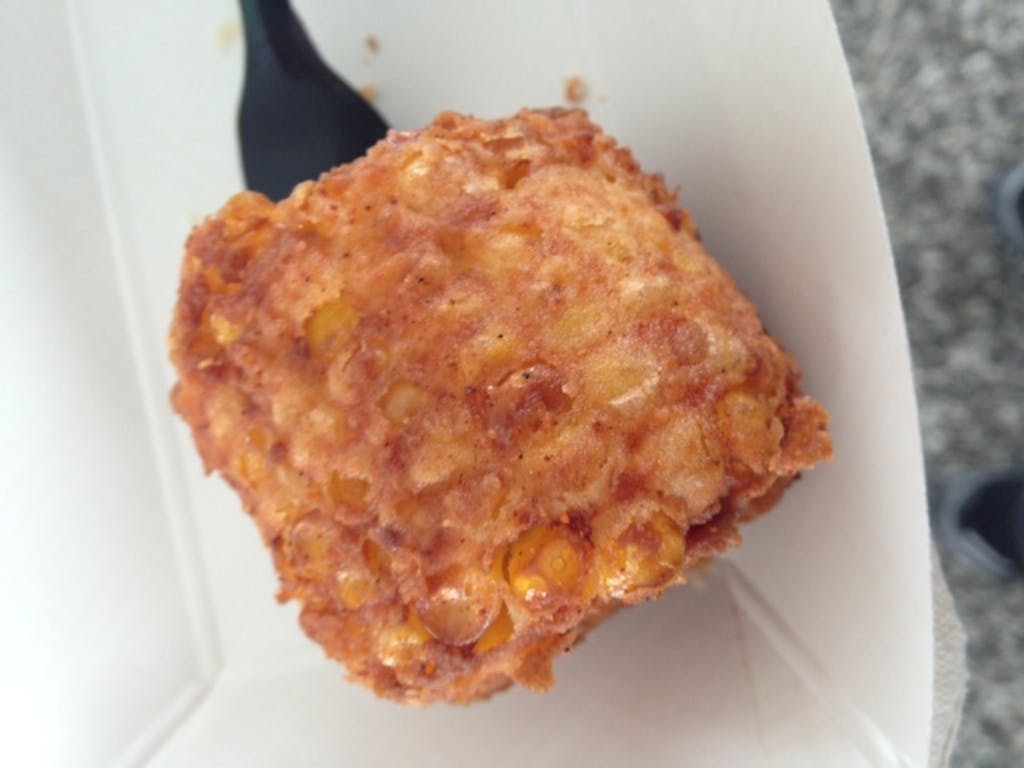 Fainmous BBQ – Homemade Sausage
It was my last bite of the day, and after twenty barbecue samples, this homemade sausage still made an impression. The coarse grind, garlic, good smokiness, and bit of heat were a good way to end the feast. 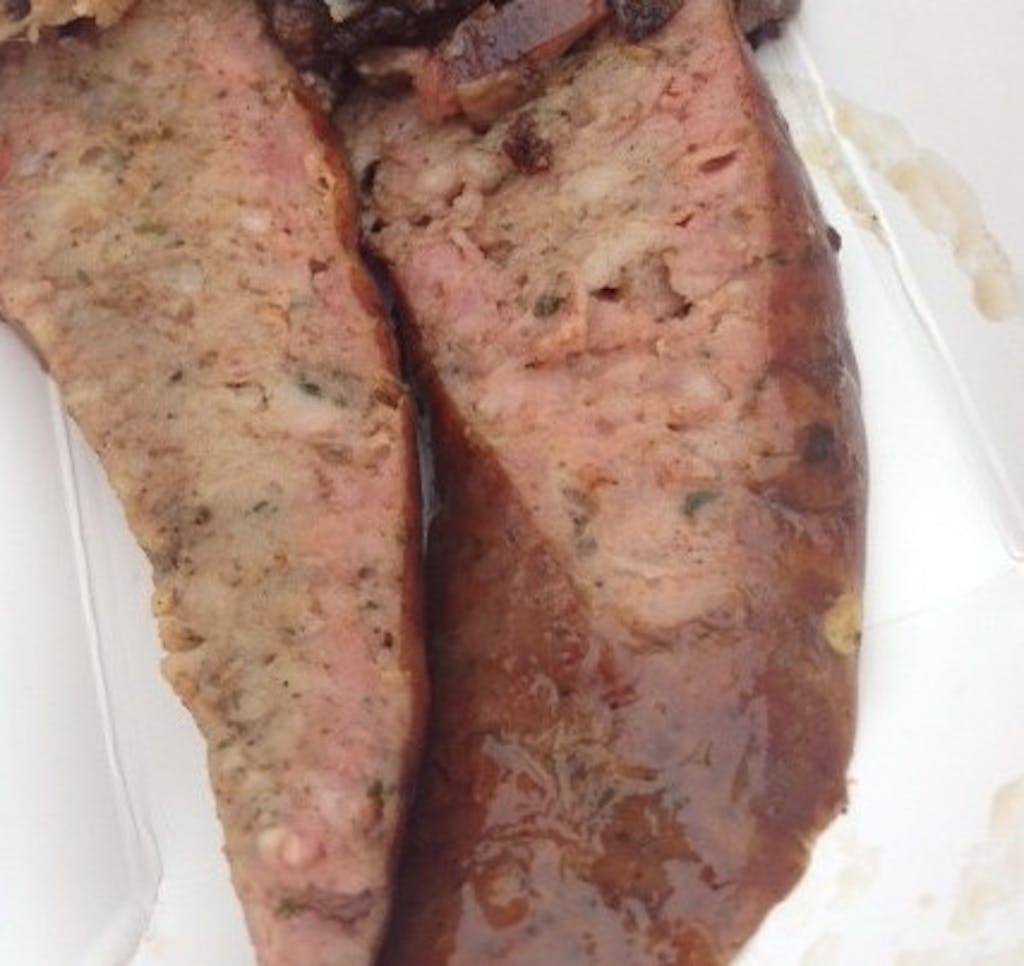