The best barbecue in Lubbock is in Wolfforth, Texas. That might be news to you even if you’re a student at Tech because Arnis and Mallory Robbins just opened their trailer doors three months ago. After a stint with a landscaping company in Tucson, they decided to come back to Texas with their young daughter Evie Mae to pursue a barbecue dream.

They didn’t make it easy on themselves. First, they’re cooking with all wood on the trailer-mounted reverse flow pit. Their other issue is visibility. The trailer is parked just west of Dowden Ave. on the south side of the Highway 82 access road. It sits in front of a bare bones strip center where garage doors  take the place of a glass storefront. They’ve added few picnic tables inside one of the units, which allowed me to get out of the rain on the day I visited. If you’re having trouble finding the place, you might just have to look for the smoke. 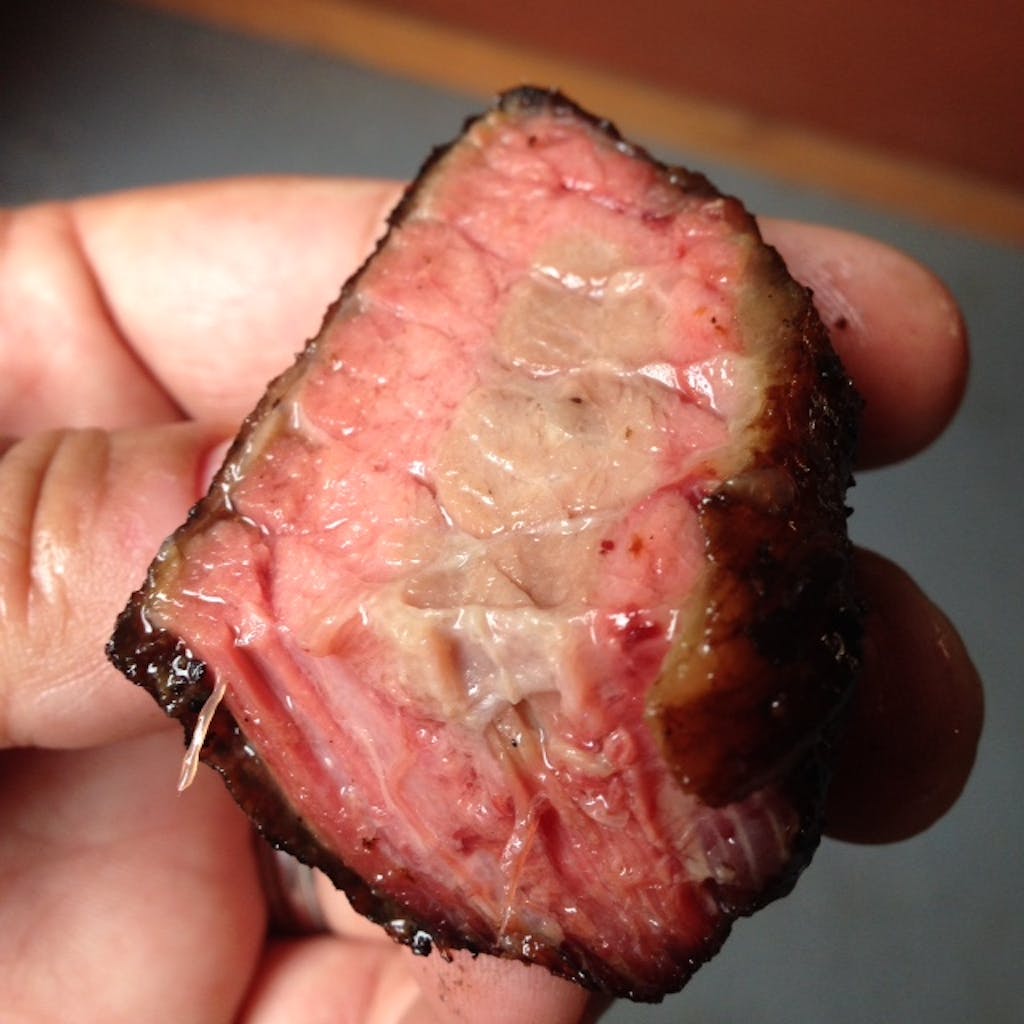 The mix of oak and apple wood is different than the usual choice of hickory or mesquite in the area, but Robbins knows his way around a fire. Every meat on their menu was a shining example of smoke balance. It’s easy to tell it was cooked with wood, but not choked with smoke. The couple also understood that barbecue shouldn’t be rushed. My visit came just as they opened at 10:30. The pit wasn’t exactly shielded from the heavy wind and rain that he pelted the area all morning, and the smoker was running a little cold. The beef ribs weren’t done, and they still weren’t quite ready by the time I left. That they didn’t serve them was a testament to quality control. 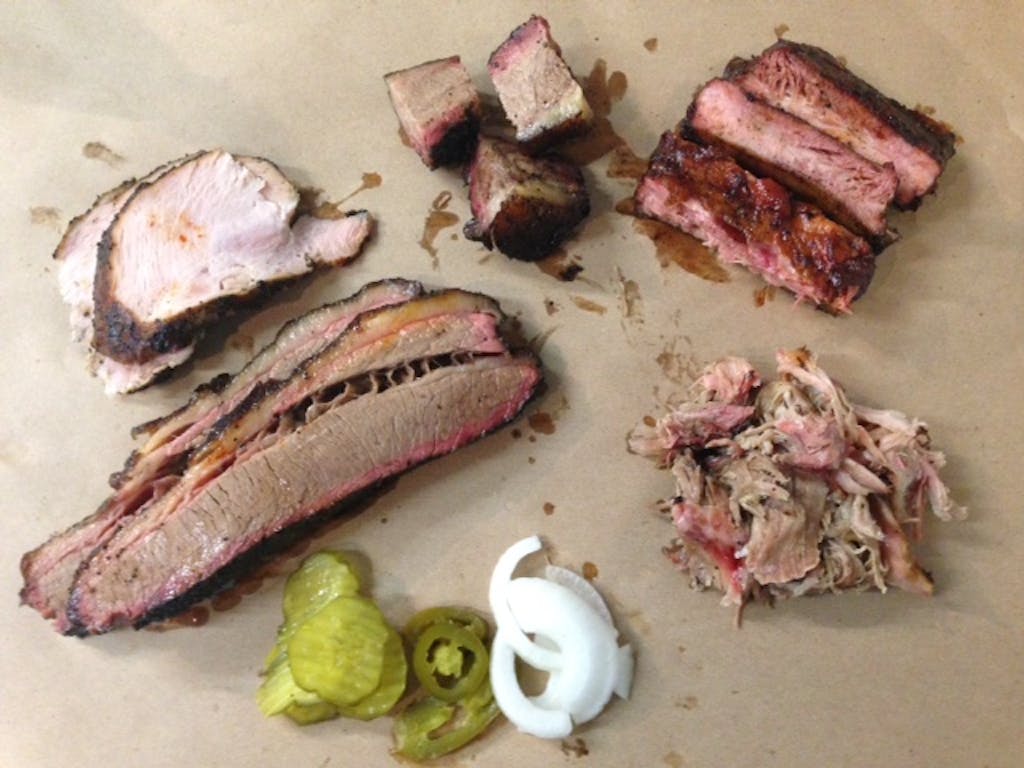 What I did order was plenty sufficient to get a grasp on the couple’s skill as cooks. A mound of pulled pork stayed juicy without the addition of sauce. Every serving is pulled off the whole shoulder as it’s ordered keeping each one moist. The smoky, peppery turkey breast was some of the finest I can remember, and the ribs were nearly equal. Lots of folks like some sugar on their pork ribs, but too many skew the balance toward something closer to dessert. These ribs had some sweet, a little spice and smoke, and enough black pepper to round it all out. This was the kind of rib I wish I could find at the judge’s table, and the tenderness was competition-worthy. When pitmasters talk about balancing out their “flavor profile,” this is what they mean. 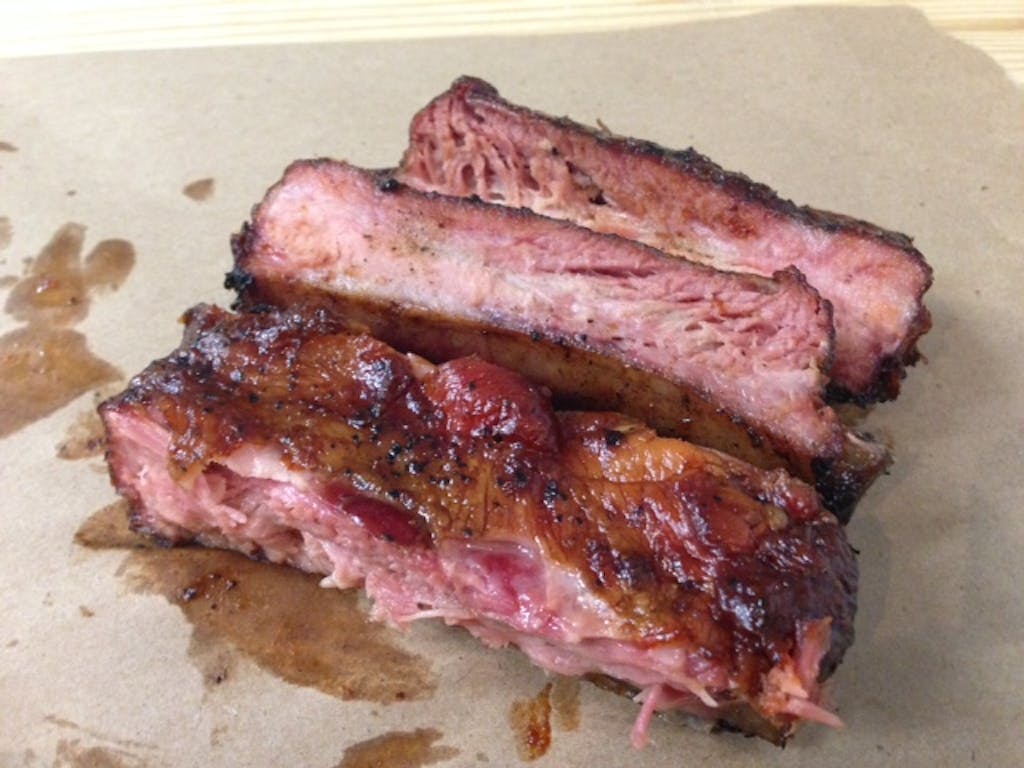 Homemade sides are simple, and sometimes too much so. Neither the slaw nor the potato salad were from a tub, but the recipes used seemed to use the big batch stuff as their target. They didn’t show off the personality of the place like the sweet and spicy beans that take a long bath in the smoker before being served. 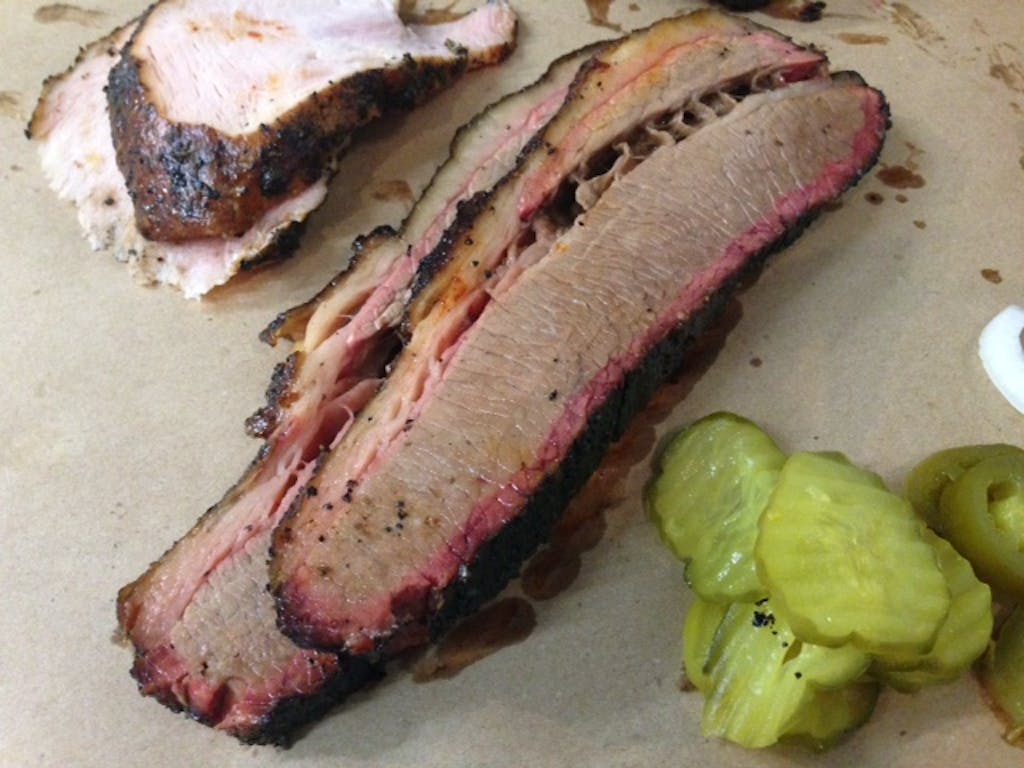 The rain was keeping some of the regular customers away so Arnis and Mallory stopped by the table to get our thoughts on the meal. They aim to please, and wanted to know where they might improve. I’d start with the seasoning on the brisket. It’s as juicy and tender as you could ask for, and the smokiness is spot on, but it was missing some pop that a little more salt and pepper could easily solve. That’s a minuscule problem to have on the best brisket I’ve had this side of Abilene. As for Mallory, there wasn’t anything she could do to improve on the desserts.

A homemade chocolate pecan pie didn’t skimp on the nuts, and you could almost describe the slice of cheesecake as light. It was about as good as dessert could get, but then Mallory noticed that we’d left something out of our tasting. The sausage in this part of Texas is generally of the grocery store variety, but the local Five Star Quality Meats makes fresh green chile links for Evie Mae’s. The links are smoky and juicy, with just enough spice. 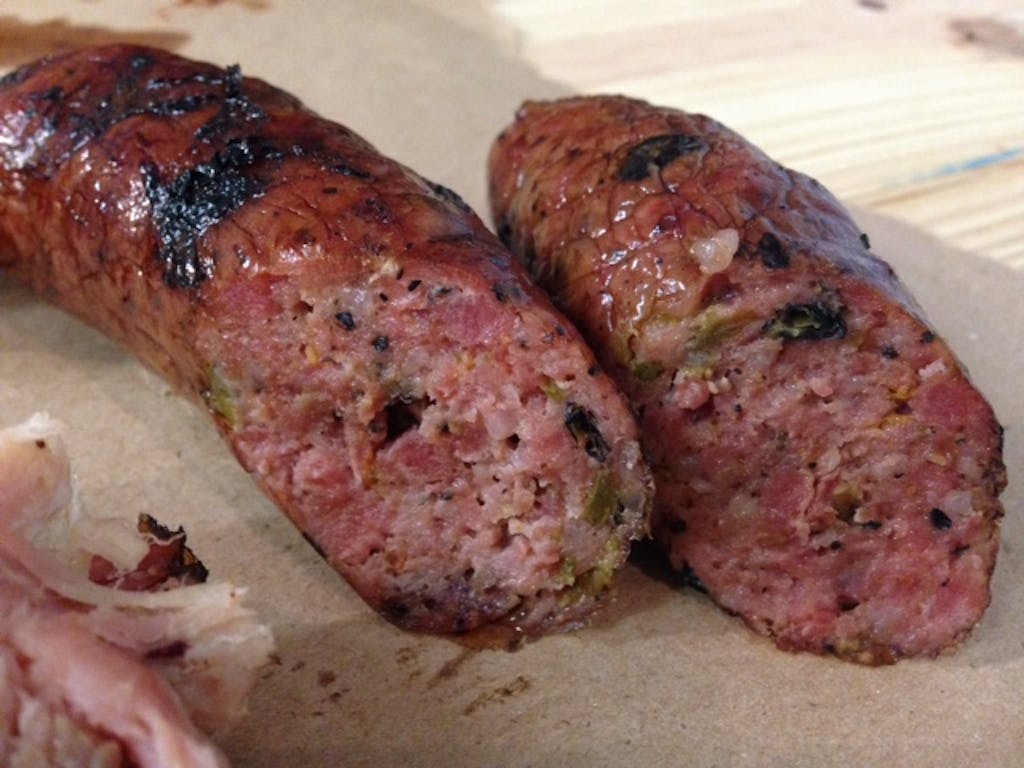 Evie Mae’s was an exciting discovery. It’s not often that I find a place this good with so few people talking about it (which is why I’m writing about it the day after my visit). If they keep smoking meat like this, things won’t stay quiet for long, and folks in Lubbock will soon demand they open up more than just three days a week. Barbecue like this shouldn’t be so scarce.