Darby Neaves wanted to be included in the page of Texas Monthly, and he knew that wouldn’t happen with a food truck set up in Arkansas, even if it was just ten miles north of the Red River in Ashdown. It was still worrisome moving his business into the city, but after Justin Fourton of Pecan Lodge calmed Neaves’s nerves during a visit to the Dallas barbecue joint, he was ready. Late last year he found an empty gas station on the Texas side of State Line Road in Texarkana and set up shop. It might be a few hundred yards east of the “Welcome to Texas” sign, but Naaman’s Championship BBQ now has a Texas address.

Renovations to the building are nearing completion, but for now the operation is run out of a long, sleek food truck. There are a few tables in the shade of the adjacent gas station canopy, but most customers are there for to-go orders. 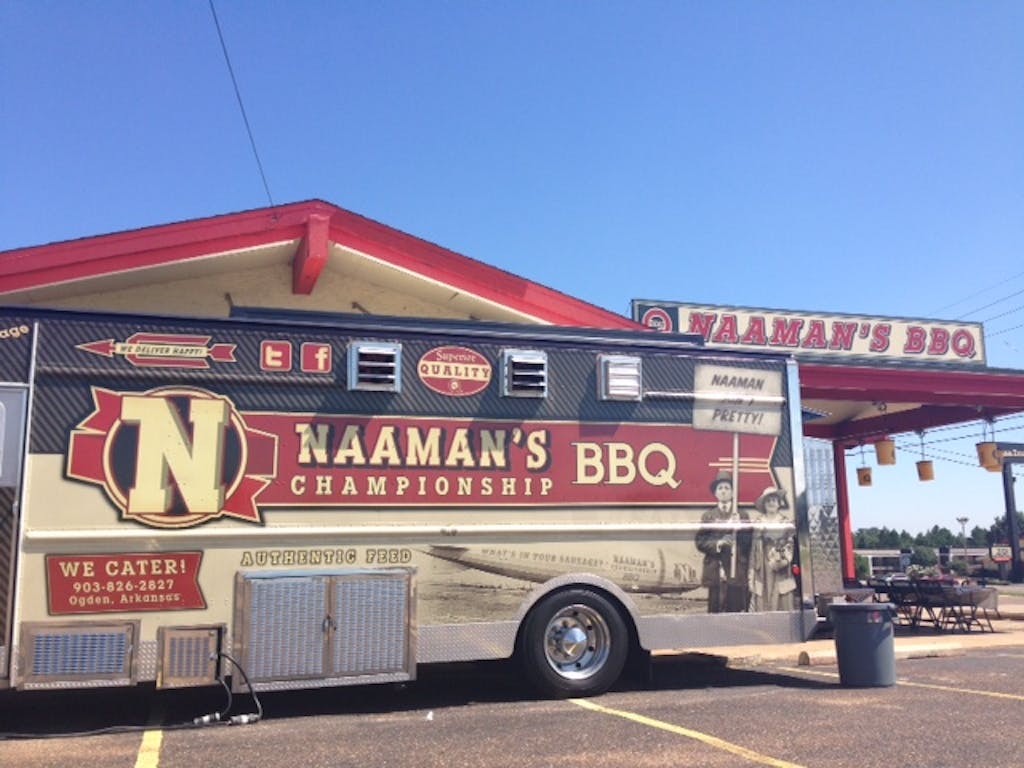 As the name suggests, Naaman’s Championship BBQ began as a barbecue competition team led by owner and pitmaster Darby Neaves. The last competition he entered was in 2010 where he took home top prize in brisket at the Mississippi State Championship. Coincidentally, that’s the best meat on the menu here. Without requesting it, my order included a few slices of lean and fatty brisket. Both had an aggressive level of seasoning which hindered the formation of the bark. The smoke flavor was still present, if a bit muted, but this brisket was well cooked. Even the lean slices were juicy. 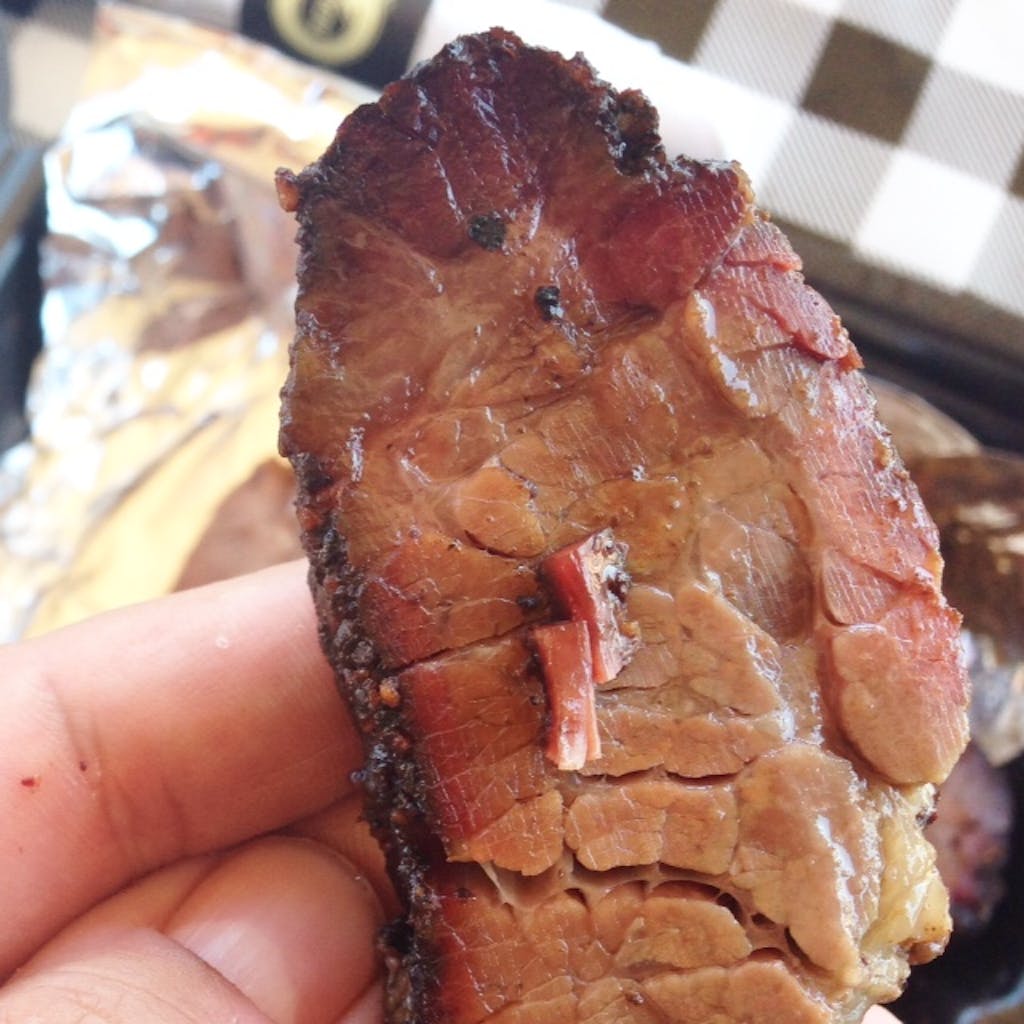 Five other meats share space on the menu with the the brisket. The only one not tried on this visit was the beef short ribs which are available only on Friday and Saturday. The pork shoulder is pulled ahead of time which allows it to lose some moisture, but it’s got great flavor and good smoke as well. The chicken is just the opposite. The boneless, skinless breast (there’s no chicken on the bone here) is pumped so full of salt water via an injection or brine that it turns out more wet than juicy. Any whiff of smoke that may have been there was covered by a sweet glaze. The pork ribs also suffocate in the sauce. It’s a thick, sweet version that demands all the attention from your taste buds. When it’s laid on thick, the meat beneath it is irrelevant. The pork might as well have been salmon. When I mentioned this to Neaves he brought out a fresh rib without sauce. It was incredibly tender and moist and had a bold flavor from the rub. Ask for your ribs sauceless here. 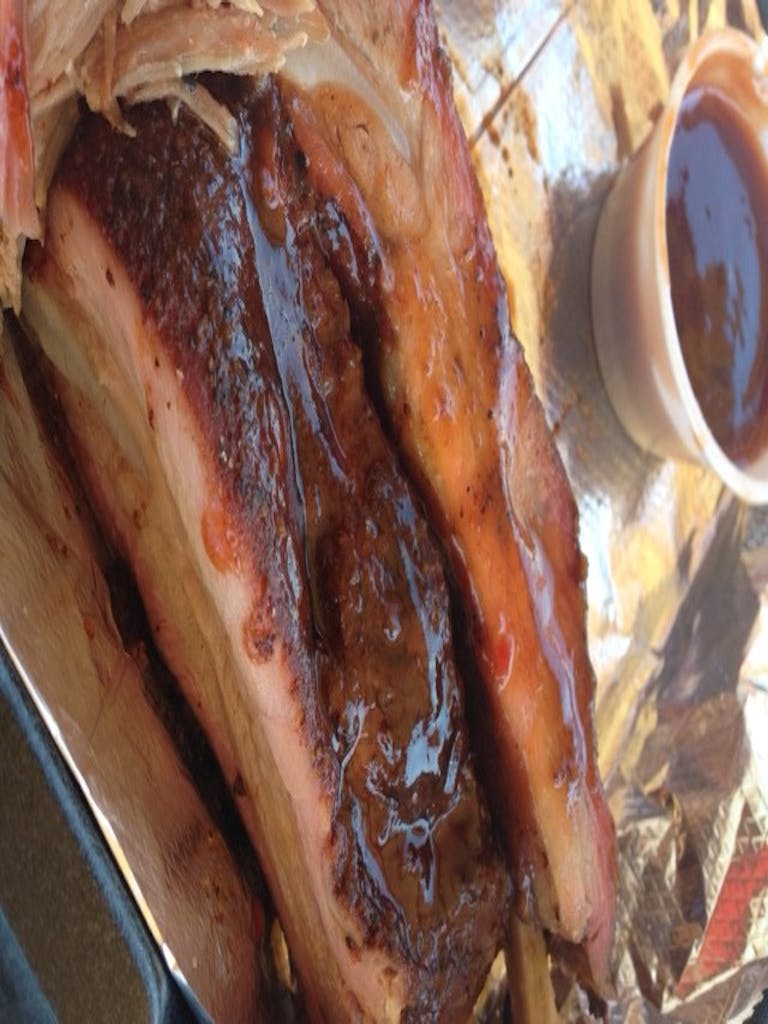 Catch This Roving Barbecue Trailer If You Can

The Best and Only Filipino Lechon Spot in Texas

“If we serve it, we made it,” is the motto at Naaman’s, and that dedication carries over into the sausage. A pork and beef mix is made in an off site commercial kitchen a few miles up the road (which is where the meats are smoked too). Spiced with a gentle heat and getting a good dose of smoke, the sausage was something to return for. 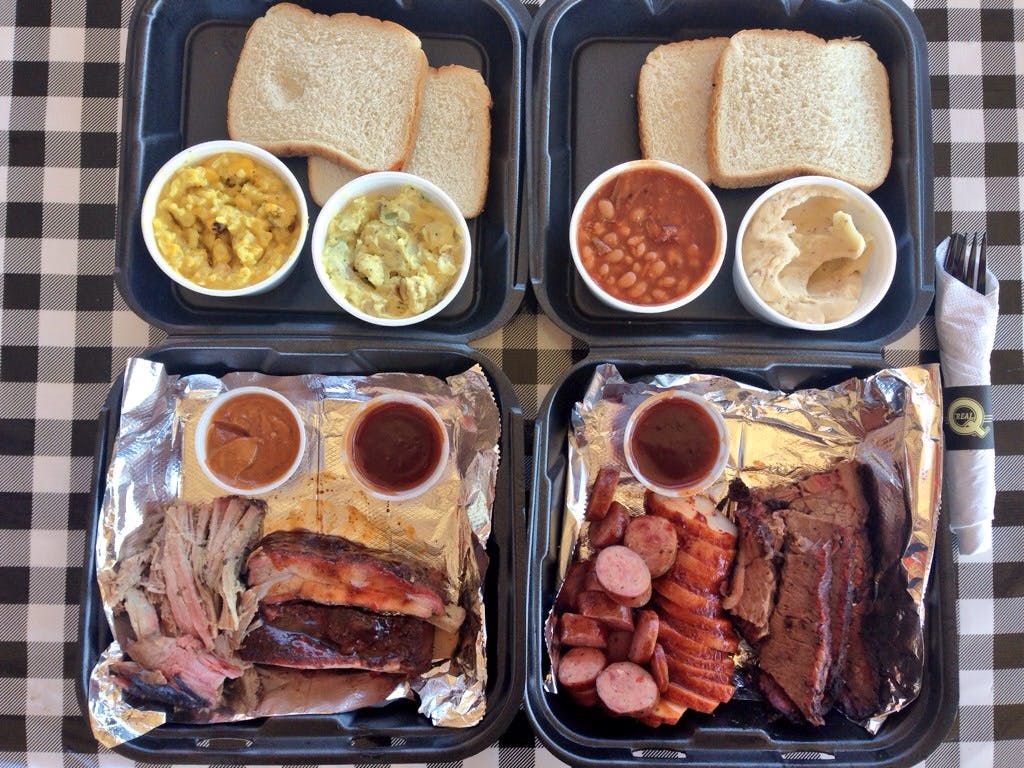 Neaves looked uncomfortable when I complimented the side items. “We want to be known for meat,” he told me, but it wasn’t the underhanded compliment he took it for. The beans have enough smoked brisket in them to make a meal, and the smokiness was tempered by a pleasant sweetness. A mustard potato salad was chunky and satisfying, but could have used another hit of salt. The twice baked potatoes come out without the skins, but with a heavy dose of sour cream. The cheesy corn had me most skeptical, but somehow the corn, rice and cheese mixture worked. A slice of THE cheesecake to finish things off was so fluffy I pretended it was the light version and nearly finished it. 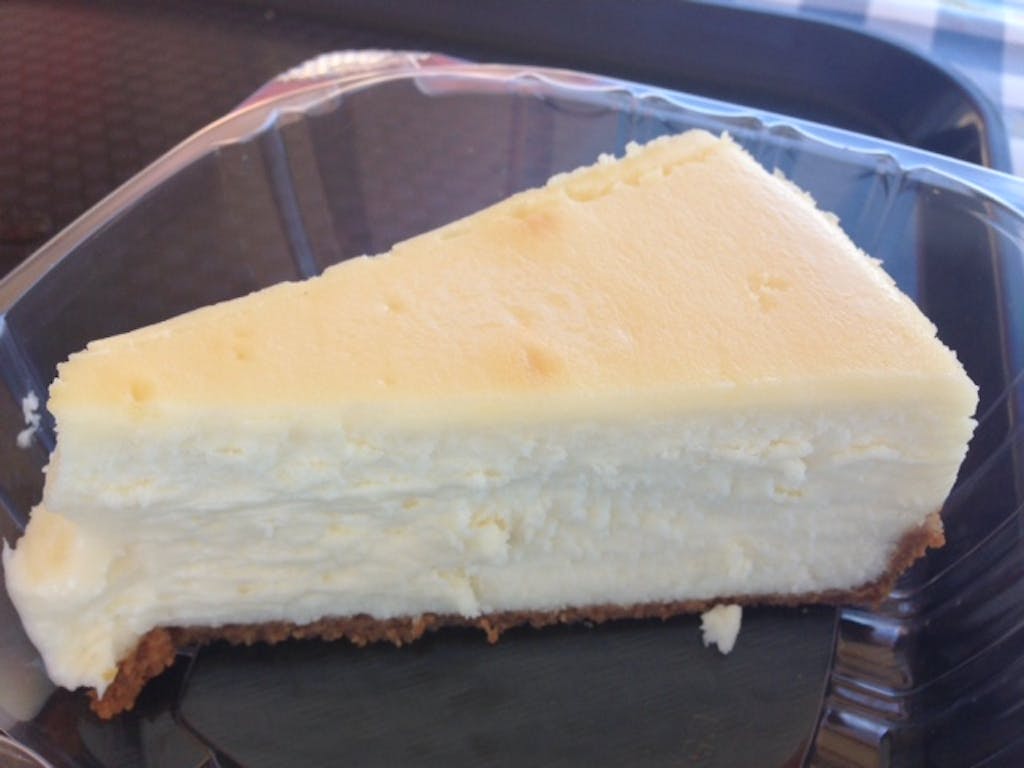 The care and attention that Darby Neaves and his team put into the food at Naaman’s is evident, and it mostly pays off. They still have some tweaking to do, but in this area of the state starved for great barbecue, Naaman’s is the best around.