Coming around the bend on Craik Street in Marlin, it’s hard to miss the huge black letters set against a white background announcing your arrival at the Big Creek Butcher Shop. Look closer and you’ll see a pile of pecan wood and a steel smoker. You might even notice the gate and cattle chute next to it. Those are your first clues that this isn’t your usual neighborhood meat market. 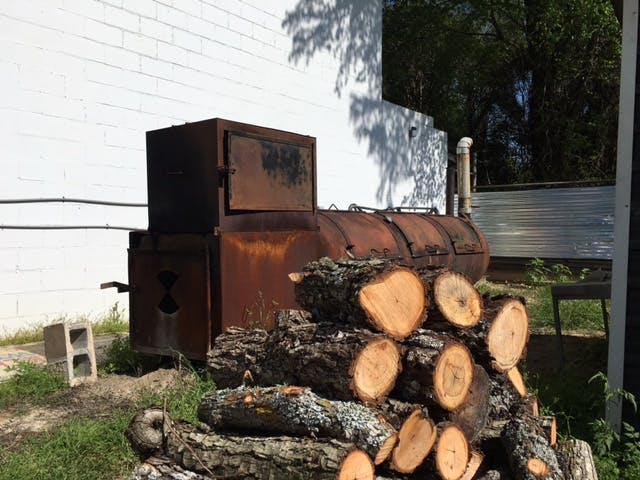 Craig Garrison and his sister Lisa bought the shop in 2010, but it’s been serving Marlin for 45 years. Garrison took the reins from Jimmy Drew, the location’s second owner who had run it for over two decades. Garrison came to Marlin after being laid off from a job managing highway construction projects, and he knew a little about the meat business. “The first job I had was after school cleaning up a meat market,” Garrison told me, and he shored up that knowledge through a six month internship with Drew before taking over.

The time helped him gain an understanding of the business model, which includes a retail meat market with house-made sausage (the recipes were part of the sale of the business, but he has since “toned down the salt”) and a barbecue counter with a few tables for dining. Then there’s the custom meat processing, in which Garrison handles lambs, goats, pigs, and cattle for area farmers and ranchers. 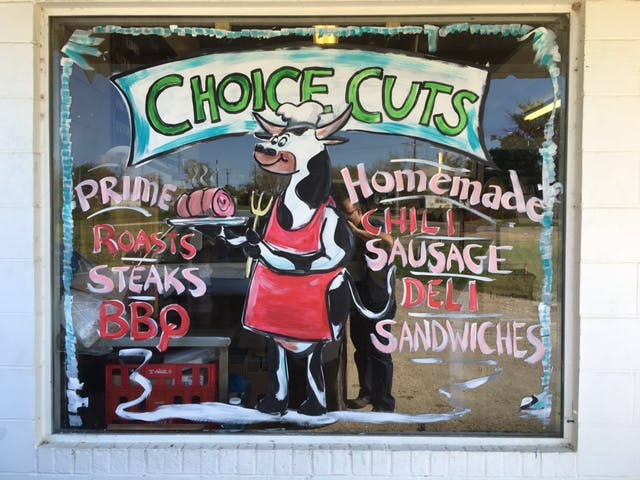 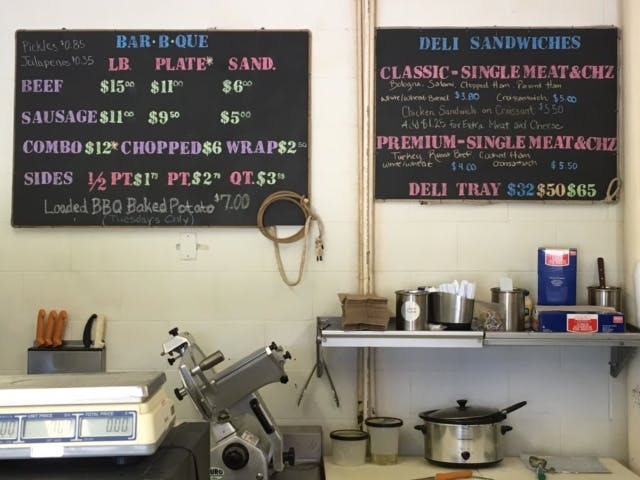 Two hours from Dallas, Austin, and Houston, Garrison said his relocation to Marlin “was a geographical move.” And running a meat market in the small town isn’t without its challenges. The Houston Chronicle recently dubbed Marlin “a little Detroit” when it recounted a local four-day water outage last November. Garrison’s struggles to keep up the processing side of the business were featured in the article. “The restaurant and retail doesn’t really provide any income,” he told me, noting that processing pays the rent. “We’re just now starting to bounce back.”

After laying off two employees, it’s down to just Craig and two others to run the show. He could only find a couple of minutes to talk at the market because he had to wait on customers, so most of his comments came from a later phone call. As I sat at a table inside the market I noticed a cooler for displaying sausages sat empty while awaiting repair, and it might be that way for a while. Garrison said all his extra money these days goes toward getting a fresh water source outside of town. “It was the second time in three years,” he said of the most recent water outage, and he doesn’t want his business to close again. “We’re just one hiccup away from doing it all over again.” 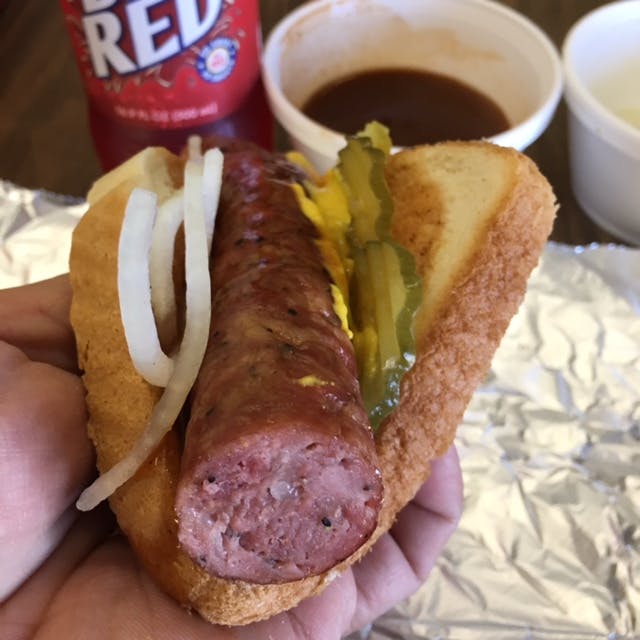 Still, there was still plenty to eat at four in the afternoon. A respectable brisket sandwich accompanied a $2.50 sausage wrap. Garrison does well with his modified sausage recipe: It’s a peppery beef and pork mix with a little garlic that’s smoked over hickory. I asked him about the German provenance of the recipe, to which he succinctly replied that “The only difference between a German, Polish, and Czech sausage is the last name.” This one was good with yellow mustard, and I could gave taken home a package of chipotle, jalapeño and cheese, or pepper jack cheese varieties. Garrison said to look for pepper jack sausage burgers on the menu this summer.

I hope for Big Creek and for Marlin that business picks up for good, but “the population just keeps dwindling,” Garrison laments. He said much of his processing business comes from Austin and Dallas thanks to recent food trends. “There’s a lot more people coming back to the smaller plants. A lot of people are starting to raise their own food.” And I had to ask if, given the hardships he’s seen over the last few years in Marlin, he wishes he’d planted roots in another community: “I’m still up in the air about that.”