Despite the blasphemous ways they treat their smoked meats, Garcia’s in San Antonio makes a mean barbecue taco. I knew all about their now-famous smoked brisket taco because of its rapid rise in popularity: CNN named it one of the ten best tacos in America; Eater called Garcia’s one of their two favorite restaurants in San Antonio; and Tasting Table featured the taco’s recipe near Cinco de Mayo last year. All that, plus Texas Monthly‘s story on the 120 tacos you must eat before you die heaped more praise onto it. I was due to try this much-ballyhooed smoked meat dish. 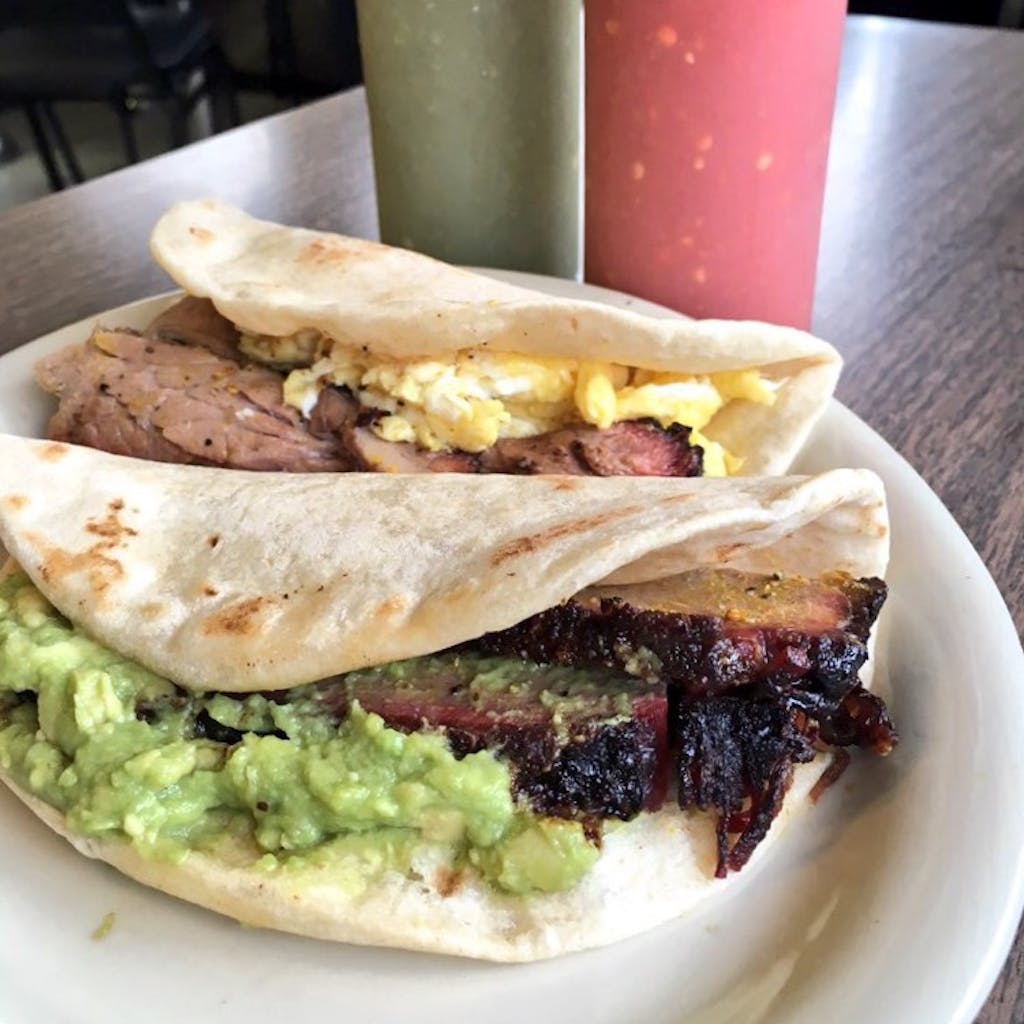 It didn’t disappoint. I tried one brisket taco with guacamole and one with egg. I recommend you try both too. Just make sure to choose fatty when they ask (and a squirt of the homemade salsa roja doesn’t hurt). I finished quickly, and while paying I mentioned to co-owner John Garcia how much I enjoyed the brisket taco. He told me to sit back down so I could try the smoked pork version. I hadn’t seen it on the menu, so perhaps this is just an off-menu item. In any case, ask for it. It features a single thin slice of smoked pork shoulder tucked into the pillowy flour tortilla. Folding it over on itself gave it just enough heft inside the taco, and the thin-ness of the slice enhanced the tenderness. Every bite offered some of the smoky bark and the luscious fat, which was hard to differentiate texturally from the simple guacamole. It’s like the whole had become one. Truth be told, I may have enjoyed it more than the brisket. 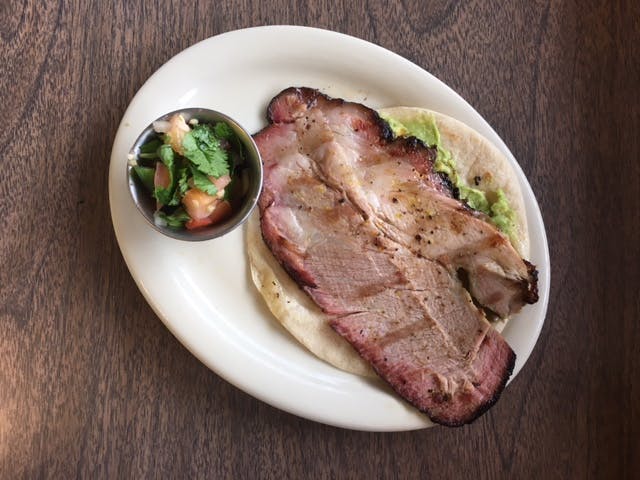 I was invited back into the kitchen to talk with John’s brother Andrew who also serves as pitmaster. The meats are rubbed and smoked beautifully in an offset smoker offsite. After seeing a cold block of brisket and pork shoulder sitting on a cutting board in the kitchen, all I could think was “Blasphemy!” Garcia’s isn’t a barbecue joint, so they don’t make the barbecue daily, and they don’t keep it warm for service. The completed briskets and pork shoulders are chilled and wrapped for storage in the cooler. When an order comes in, slices are taken from the cold hunks of meat, brushed with canola oil and a little rub before being warmed on the charbroiler. Slices are then moved to a small steamer that’s also used to warm corn tortillas. The meat only spends a few seconds in the steamer, but it breathes life back into them with precious moisture. It’s like CPR for chilled barbecue.

I laughed with the brothers about how their method goes against everything I believe about serving fresh barbecue. If I hadn’t eaten it first, I’d have never believed these steps resulted in tender, juicy slices of fresh-tasting barbecue. While eating barbecue across the country, I make a point to value taste over method. These tacos are an example of how an unorthodox way of getting hot barbecue onto the plate can still achieve great results. The fabulous flour tortillas may have had something to do with it too.