There’s something homey about a meal at Texas Smoke BBQ Co. in downtown Sanger. Owner and pitmaster Jay Coin prepares the barbecue plates back in the kitchen while his wife, Mindy, works the front of the house. They work together on the popular smoked meatloaf, and a table full of homemade desserts are all from the hand of Mindy’s mother. A Pyrex dish of peach cobbler as opposed to the standard from-frozen variety in a foil pan was a welcome sight.

The renovation of this historic building was also a welcome sight in downtown Sanger. The Coins chose wisely after making the jump from a food trailer, and the locals have been very supportive of the new business according to Jay Coin. The only issue is that some have a big problem with the idea of him selling out, so he finds himself constantly explaining to his customers that it’s a good thing that they’ll never have to eat leftovers at his restaurant. “I’m not going to reheat,” he says matter-of-factly. 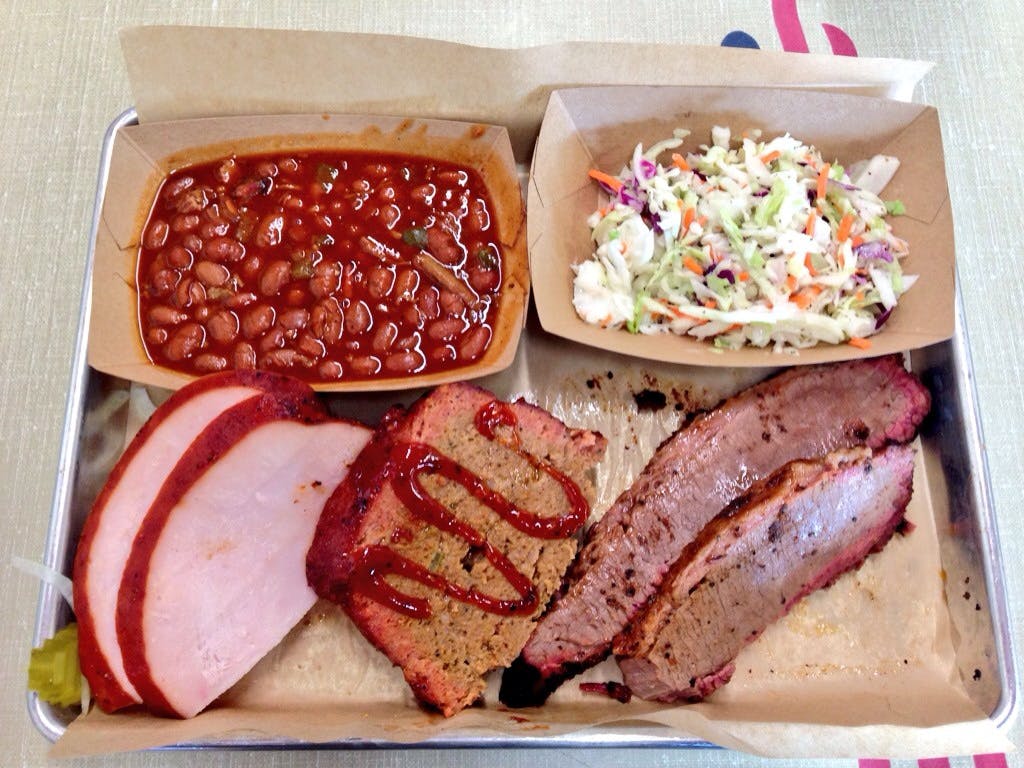 Coin’s dedication to putting out quality food is evident on the trays he serves it on. The juicy slices of lean brisket were tender and smoky. The well formed crust along with a pepper-heavy seasoning packed a punch. Coin uses Choice briskets, and the extra marbling is working for him. This is brisket worth traveling for.

If any of that brisket is leftover, it will likely make it into the beans which are a little bit spicy, and a little sweet with plenty of meaty bits. The beans also get a boost of smokiness from brisket drippings. The slaw is basic and lightly dressed, while potato salad is on the heavier side with the addition of eggs. If you like deviled eggs (I do), then you’ll be a fan.

If you don’t like meatloaf, this version might convert you. A mix of seasoned ground sausage and ground beef is formed into a loaf pan, then placed onto a cedar plank and smoked. The crust and smoke ring run along three sides, so it gets plenty of smoky flavor. Brisket will always be king, but the meatloaf is good enough to become a signature item of its own. The turkey, however, needs some work. Plenty of menus around Texas are adding smoked turkey, and it’s getting better across the state. Whole turkey breasts are becoming the norm, and they have some body to them. This version had good flavor, but it had a processed texture that was off-putting. Coin said he’s still searching for the right one after he stopped doing business with a major food distributor. 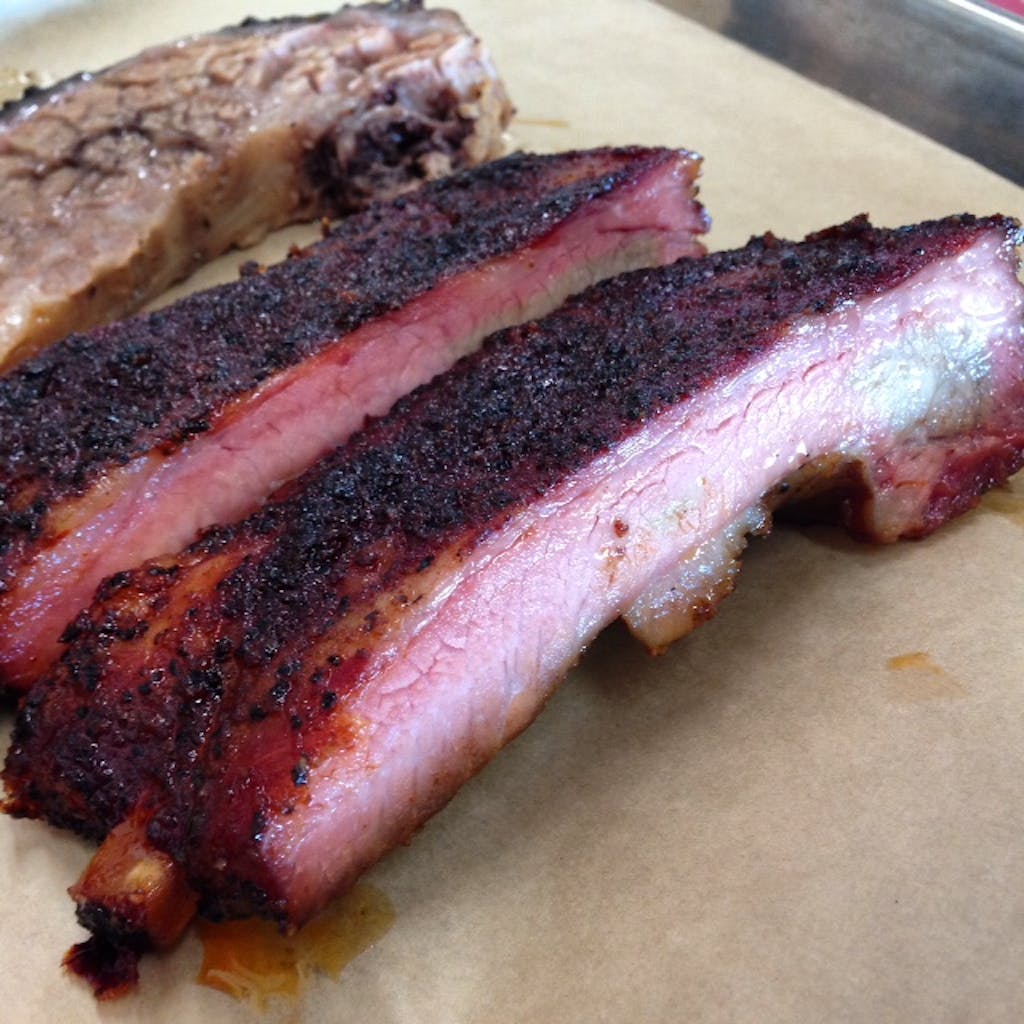 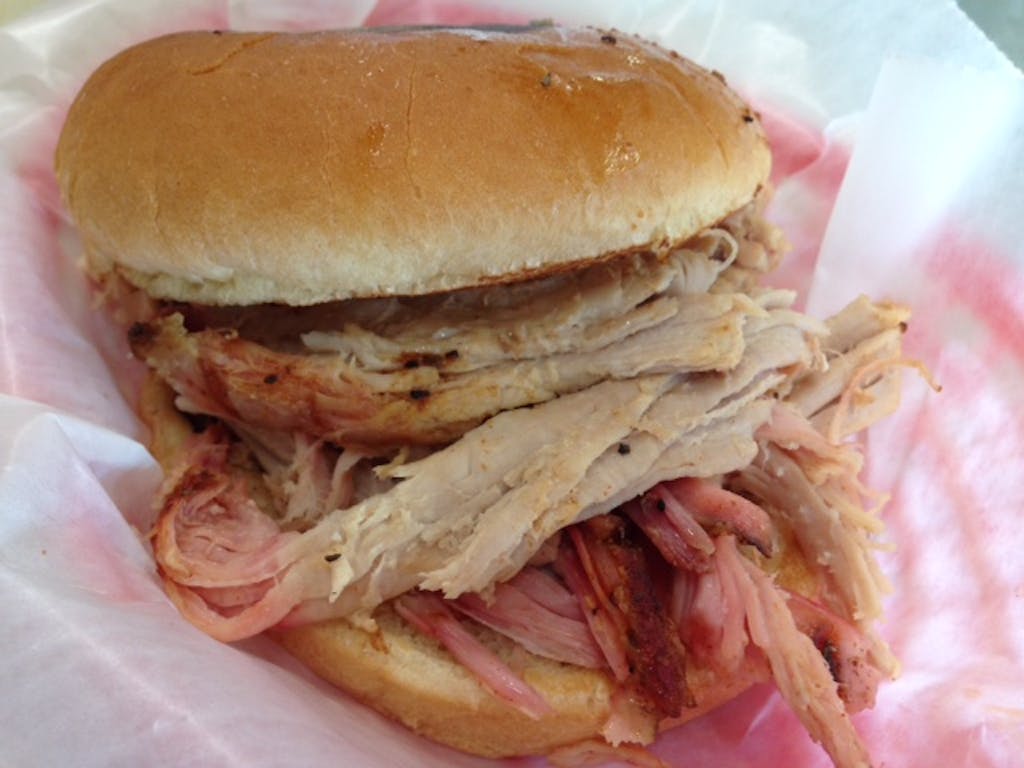 There’s nothing flawed about the St. Louis ribs (Friday & Saturday only for now). A solid bark has a sweet and peppery rub and plenty of smoke. They had the perfect texture that allowed for a clean bite without sliding off the bone. Pulled pork was less successful. Dry strands of not quite tender pork graced a nice grilled bun. Adding the thick and overly sweet sauce wasn’t a good option for juicing it up. The meat had very little seasoning and almost no smoke. I asked Coin if there was an explanation. He said he smokes the pork shoulders for several hours in his offset smoker before wrapping them and placing them in the rotisserie to finish. The night before while in a sleep-deprived haze, he turned off the rotisserie when he left for the night, but forgot to take out the pork shoulders. Early the next morning he had to toss them out and start over. “I threw them in the smoker and jacked it up.” They got done, but not done well. 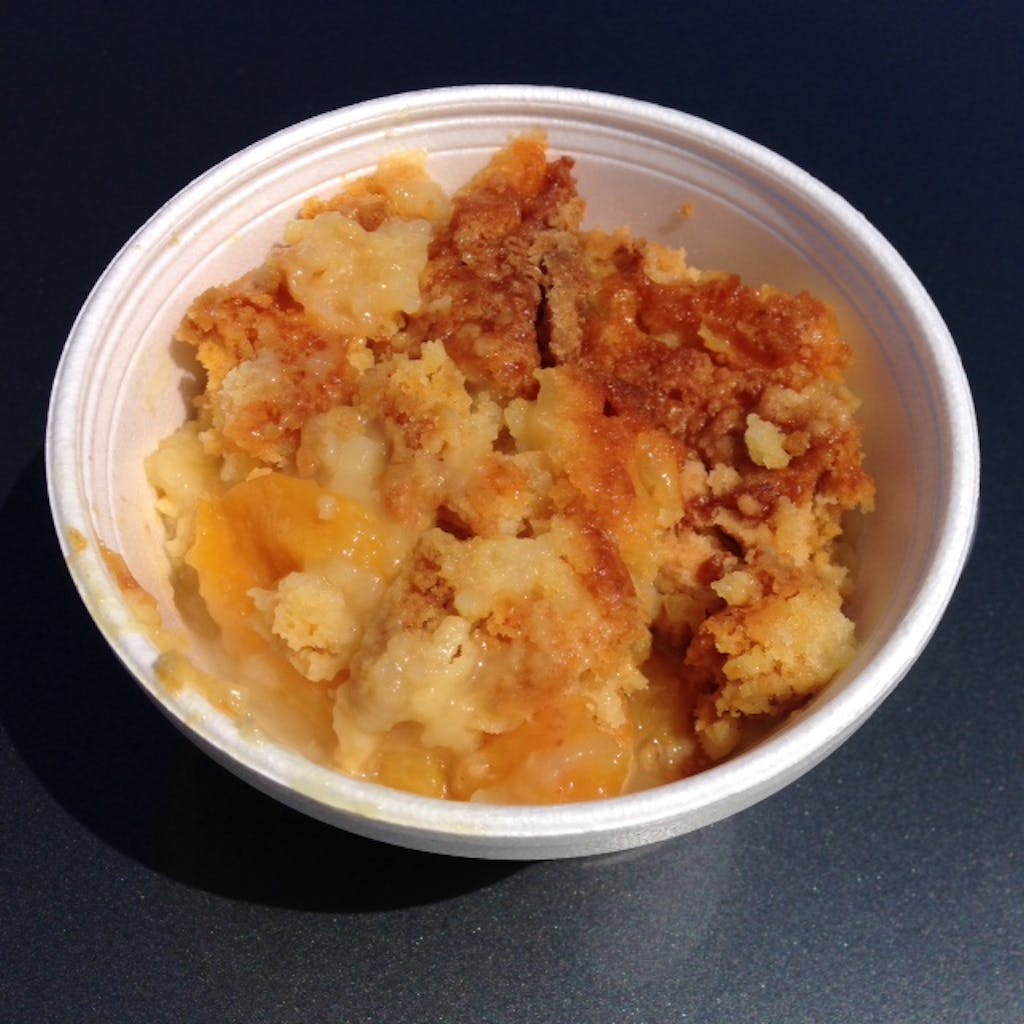 Depending on the day you come in, you might be treated to a daily special of smoked chicken (which I didn’t try) or smoked mac & cheese which shouldn’t be missed. Then there’s the cobbler. It’s more cakey than most cobblers, but it was really a great way to end a very good meal. After just a few months in this new building, the Coins still have a few kinks to work out, but they’ve built a restaurant they can be proud of. Making great brisket and ribs is certainly commendable, but giving me a craving for meatloaf strong enough that might make me drive an hour from Dallas is a whole other accomplishment.