The fifth season of BBQ Pitmasters will premiere tonight on Destination America at 8:00pm Central. Georgia smoked ham will be the focus, but next week the show is full of Texans. “Lone Star Smoke War,” will air on Saturday, April 19 at 8:00pm Central and will feature three teams from Texas.

To choose the teams this year, BBQ Pitmasters solicited audition videos, and each prospective team was instructed to upload them to YouTube. This means we get to meet the pitmasters before we see them on the show. Production quality may vary.

First up is JD Davidsmeyer of JD’s Team Extreme BBQ in San Antonio.

Junior Urias of Midland calls himself the Mexican Myron Mixon. Junior’s Up in Smoke Catering is currently looking for a brick and mortar location.

Finally, there is Matt Pittman of Meat Church in Waxahachie. Matt and I are barbecue buds, and we’ve gone on a barbecue run together. When he said he was trying to get on the show, I was skeptical because he hadn’t done much in the way of competitions. It looks like the producers were looking for some new blood, or maybe it was his locks. Pittman says he has the best hair in barbecue.

If you want to see the show alongside Pittman and his crew, there’s a watch party at the Dallas location of Lockhart Smokehouse next Saturday, 4/19.

If you want to meet Meat Church and can’t make it to the watch party, they’ll be down in Austin on 4/26 at the Texas Egg Fest cooking on their Big Green Egg alongside Aaron Franklin and Kent Rathbun. Tune in to Destination America on 4/19 to see if they prevail on BBQ Pitmasters. 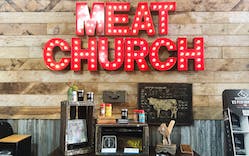 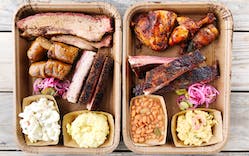 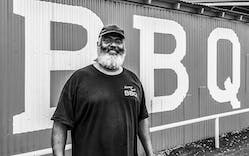 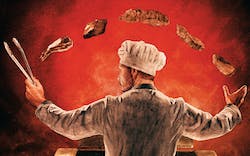