Robert and Louise Collins left Louisiana for the West Coast in 1944 and eventually opened what is now Seattle’s oldest barbecue joint: R & L Home of Good Bar-B-Q. They’re celebrating 64 years in business in a small, stone-faced storefront east of downtown, and even if Robert and Louise have both passed away, their daughter Mary Collins-Davis now runs the place and keeps it a family affair.

Despite its storied local history, food writers don’t pay much attention. A wrap-up of diverse barbecue styles from a local magazine article a couple years doesn’t even mention them. And while Seattle’s barbecue history may have strong Louisiana roots, at present, as with most of the country, Seattle is hooked on Texas barbecue. 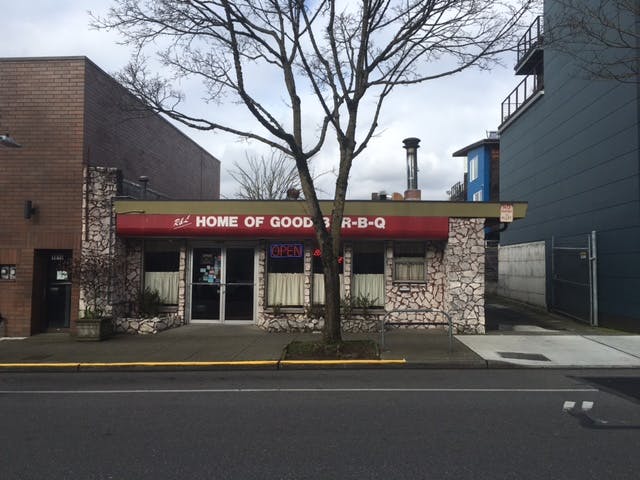 I was in town on the invitation of Jack Timmons. He grew up in Dallas and matriculated in College Station. He was missing the food of his home state while working for Microsoft out in Seattle, so he bought a smoker and started learning how to smoke his own briskets. A few years back he planned a return trip to College Station for a Foodways Texas barbecue summer camp, and using what he learned there, he launched a series of brisket dinners he called the Seattle Brisket Experience (full disclosure: one of those served as my first book signing party back in 2013). Soon after, Timmons would be christened Brisket King of Seattle, using the title to collect investors for a new Texas-style barbecue joint south of downtown. He opened Jack’s BBQ in late 2014. 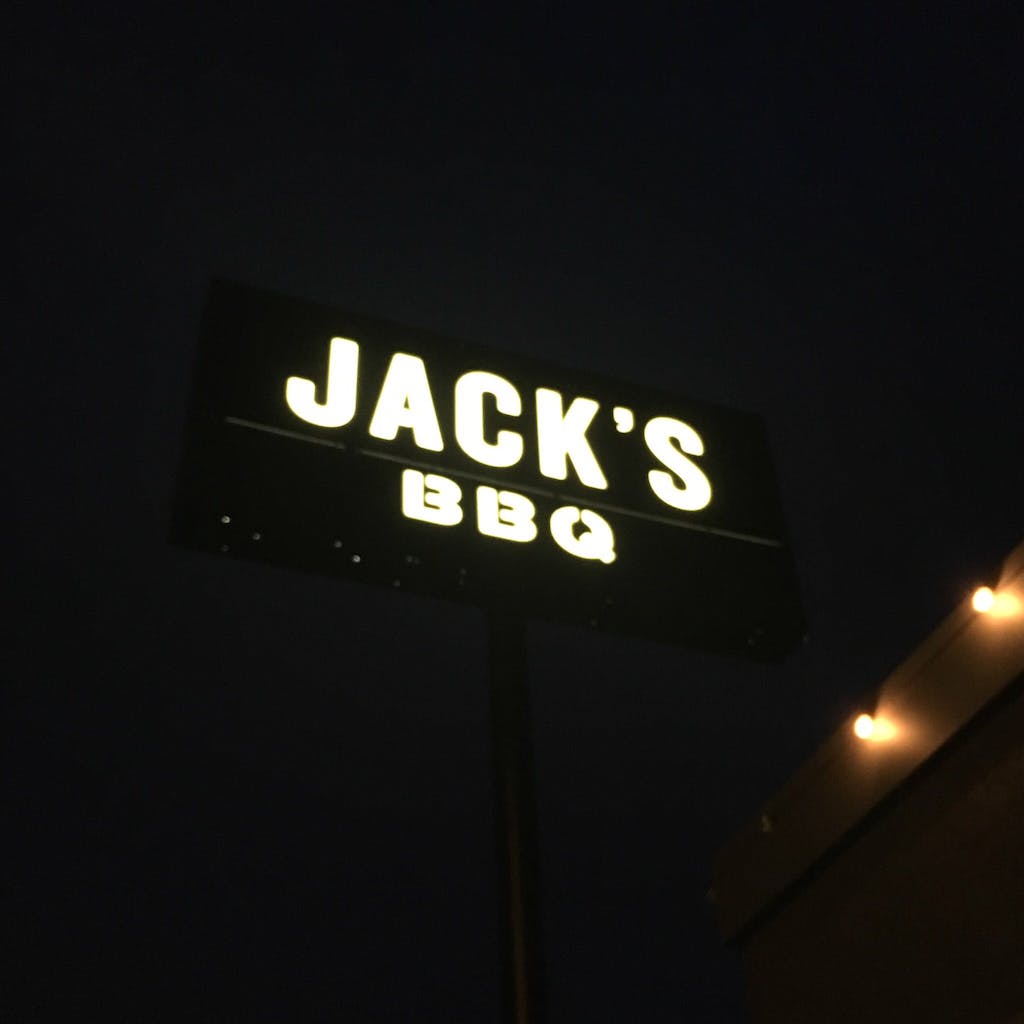 Timmons asked me in to come last week and speak to some of his customers about the roots of Texas barbecue. I stood there in front of the crowd discussing the rise of brisket popularity while also describing a Brown Pig sandwich. Later, Timmons told me he had hoped I would focus more on the characteristics of good barbecue, but he didn’t need me for that. He already had a restaurant full of people who appreciated the tender, smoky mesquite-smoked brisket he was selling. Jack’s BBQ has a far greater capacity to teach Seattle what good barbecue is with its smoker than I do with a laser pointer.

No matter. Timmons is one of the many Texas barbecue evangelists around the country. He joins smoked brisket advocatees in Chicago, New York, and Los Angeles, pitmasters who continue to spread the word about the cuisine and culture of the Lone Star State. The menu at Jack’s BBQ reads like one written by a homesick Texas cook. There’s queso, Texas caviar, and a pecan pie, the recipe of which was chosen because Dallas chef Dean Fearing once said it was his favorite pecan pie. Timmons tries to do it all, and he’s doing well. The brisket, shepherded by Tony White, formerly of Louie Mueller Barbecue (he just left Jack’s BBQ this week too), was superb. The sausages, while not homemade, tasted like Texas, and the ribs were dry-rubbed with sauce on the side. It was an honest and diligent copy of a quality Texas barbecue joint.

Earlier that day, Timmons and I had done some exploring. He wanted to show me a barbecue joint called Bourbon and Bones. An active smoker sat in the parking lot, the fruits of which were displayed in a heated glass case inside the doors. Like in Texas, meat was offered by the pound, but it looked more like someone had transplanted Brooklyn’s Fette Sau to the West Coast. Brisket shared the menu with pork belly, andouille sausage (maybe Seattle’s Louisiana roots go deeper than I thought?), and North Carolina-style pork shoulder. I didn’t try it all, but the brisket was better than average, and the bourbon selection could have kept me there all day.

I was more excited about the menu at the Campfire BBQ trailer in a liquor store parking lot. They call it the chuckwagon, and it looked like a scene in Austin. People formed a line behind a window barely big enough to slide a beef rib through. It snaked around in front of the liquor store’s automatic doors that perpetually opened and closed as oblivious barbecue fans constantly tripped the sensors. They had their eyes focused on the chalkboard menu. Customers at the front of the line received jeers from the crowd as they crossed off menu items with chalk. Owner Stefan Giles was a one-man crew, so he outsourced the delivery of bad news.

If Jack’s BBQ was an homage to all things Texas, Campfire was the next step in a city’s barbecue style. Giles uses apple wood, a variety that’s plentiful in the area, to fuel his Yoder offset smokers. The menu has brisket and beef ribs for sure, but also regional specialties like pulled elk shoulder (whose flavor I imagine is similar to the grass-fed Central Texas cattle of yore) and hot-smoked salmon. At the moment, Giles was having an issue with his salmon supply, so you might have to wait until they complete their brick and mortar location in April.

Giles’s father is from San Antonio, but he was a military brat who spent his first twelve years in Germany. The excellent German potato salad isn’t just a token Texified side option. “That recipe took me fifteen years to get from my lying, conniving mother,” he told me as I wolfed down a ridiculously juicy slice of CAB brisket. Giles smoked five briskets for service that day. Hopefully they remain this good in the bigger location.

When I stopped in at R & L Home of Good Bar-B-Q, Mary Collins-Davis was behind the counter, a brick pit beside her and a menu above where only the numbers have changed over the decades. If “Scraps & Thangs” are just $10-per-pound now, I wonder what they were in 1952. Their Louisiana-style barbecue includes a hot link from a family recipe going back to the Collins’s old Tallulah home in northeast Louisiana. A stark difference in brisket quality was evident from the new joints in town. It might be Seattle’s original brisket, but it’s a recipe that hasn’t changed with the times. This is brisket from a place where meats don’t need seasoning or juiciness when they can get them both from the sauce, which is a thick version with more spice than sugar. I liked it best on the simple pork ribs.

I can appreciate R & L as a window to Louisiana and Seattle’s past. Their use of an all wood smoker, once out of style in favor of gas rotisseries, is now fully back into fashion. For that, I admire their steadfastness, but rather than a sixty year old version of Louisiana barbecue, the new wave of barbecue in Seattle will look to Jack’s, or Campfire, or even Texas for inspiration. I’m excited to see how they mix that inspiration with the bounty of potential menu items that surround them.