Newspaper investigations this weekend raise serious questions about whether the border security surge has left the rest of Texas less safe. Border security and immigration were good political issues in 2014 for candidates such as Governor Greg Abbott and Lieutenant Governor Dan Patrick, plus numerous state legislators. These stories, however, point to a potentially growing theme for next year’s legislative elections: misplaced priorities, especially if crime increases in parts of Texas not on the border.

These stories appear in newspapers 600 miles apart, the El Paso Times and The Dallas Morning News. They each make the point that a law enforcement emphasis on the border – and only 121 miles of the border at that – have caused a serious decline in the statewide effectiveness of the Texas Department of Public Safety.

The Times Marty Schladen reports that DPS warning tickets have increased since 2012 by 14.5 percent in border counties, which also saw a 13.5 percent decline in fatal accidents. During the same period, warning tickets elsewhere in Texas declined by 29.3 percent, while the number of fatal accidents increased by 6 percent. Schladen quoted highway safety expert Russ Rader as saying:

Warning tickets also are the kind that often turn into the “routine traffic stop” that results in an unexpected drug bust.

“We’re spending millions and millions of dollars,” said Ed Janecka, county judge in Fayette County, southeast of Austin. “And nobody has the gonads to just say, ‘Why the hell are we doing this?’”

One of the most intriguing drug arrests of 2015 so far occurred, not in the border surge area, but in Austin earlier this month when city police on a routine traffic stop found a car carrying 10 gallons of liquid methamphetamine with a value of as much as $3 million stored in the gas tank of a car from Mexico. The Williamson County sheriff deputies not long before that had pulled over a car with 15 gallons of liquid meth hidden in a similar manner. That’s a pair of crime cars that apparently slipped past the DPS iron curtain of border security.

The DPS participated earlier this year in raids in Amarillo that seized $2 million in meth, and a routine DPS traffic stop near Lubbock in December found four pounds of marijuana in a car. This is not to say the DPS efforts on the border are completely without merit, but it does show that removing assets from other parts of Texas lessens public safety effectiveness when the bad guys do slip through the net.

Border security bills in the Legislature are trying to address this problem somewhat by adding 250 state troopers to the DPS patrols. But this remains a public policy driven largely by politics rather than a reality. The Times editorial board today declares that “Texas border paranoia has consequences.”

It’s never been clear what the soldiers and troopers are doing in South Texas. State officials have not provided any real data on the impact of troopers and soldiers on the border. Texans have no idea how the expensive investment of their tax dollars is impacting illegal immigration or drug trafficking…

As Texas leaders hyped the border threat and shifted state troopers southward, there was no discussion of the trade-offs.

While border security may make for good politics, the reality is the Texas/Mexico border never has been and never will be completely secure. A Texas Constitutional Convention on July 4, 1845, passed an ordinance accepting the U.S. Congress’ invitation to join the union of the states. The next day, the Texans passed what effectively became the second ordinance of the State of Texas: Be it ordained by the Delegates of the People in Convention assembled, That the President of the United States, be, and he is hereby requested, to occupy without delay, the frontier of this Republic with such troops as may be necessary for its defence.

One hundred and seventy years later, not much has changed. 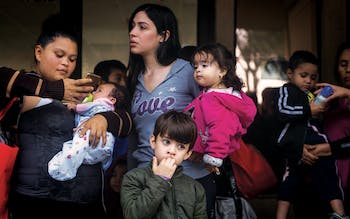 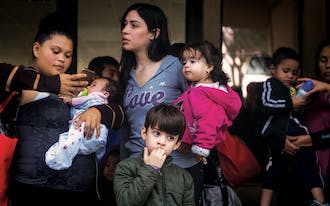 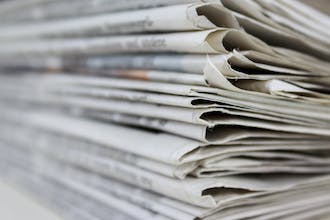 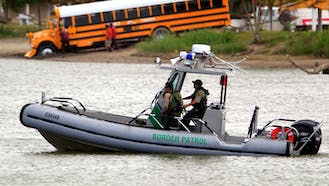 The Costs of Border Security