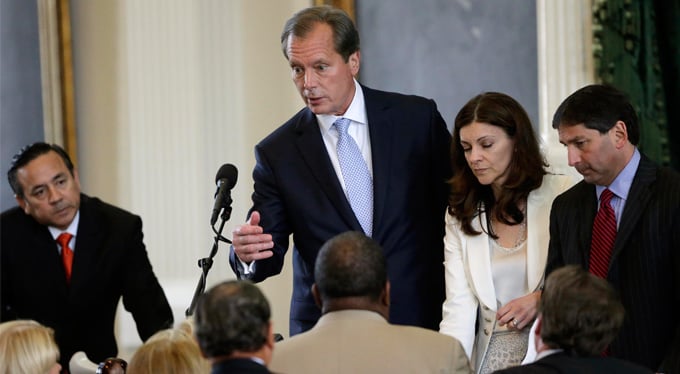 Now that HB 2, the omnibus abortion bill, is on its way to the governor’s desk, who are the winners and losers in the battle over abortion?

Winner: Wendy Davis, who became a national figure by virtue of her filibuster and has the chance to reenergize the Democratic party in Texas. Of course, the word “reenergize” can mean a lot of different things. How she plays her hand now is very important to her political future.

Winner: David Dewhurst, who recovered from what was probably the worst day of his tenure as lieutenant governor by guiding the abortion bill to its final passage. This also changes the dynamics in the lieutenant governor’s race. He passed the bill, he gets the credit, and there’s nothing his rivals can do about it (see Dan Patrick below).

Winner: Rick Perry, whose presidential aspirations will be buttressed by the passage of the abortion bill and the national attention it brought to the battle in Texas.

Winner: Democrats. Why? Because the more extreme they can paint Republicans, the better Democrats are positioned to talk about the Republicans’ so-called war against women.

Loser: Dan Patrick, who was quick to criticize Dewhurst when the bill became ensnarled in the midnight chaos on the Senate floor back in June, only to discover that he had “spoken too soon.” Dewhurst has become a favorite of the pro-life groups, and there wasn’t much Patrick could do about his situation. On the day after the Davis filibuster, I was in the back hallway of the Senate when I saw Dewhurst lead the various pro-life groups into his office. Such is the advantage of incumbency. There is a big difference in clout between a state senator and a statewide elected official.