The CHIP bill sponsored by Rep. Garnet Coleman and Sen. Kip Averitt does not have to fall victim to the genocidal slaughter occurring in the Texas House. There are lots of ways it could be revived, including, of course, a vote by two-thirds of the House to take it up out of order. That seems unlikely, especially since only 17 Republicans voted for it in the first place. So what could the Senate do, if the leadership really cared about passage of legislation that will allow more low-income Texans to obtain health insurance for their kids by buying into CHIP?  First, Finance chair Steve Ogden could hold a hearing on Coleman’s version of the bill, which has been languishing in Finance since May 19 — despite pleas that it receive a hearing and vote. Senate Finance could call up Coleman’s bill, amend it with Averitt’s bill, and send it back to the House as a House bill with Senate amendments.  Then, the House would have until Friday to approve it. Or, Averitt could amend it to any number of House bills that are on the Senate calendar.  One solution would be to amend it to a HB 1795, a newborn screening bill with a caption wide enough to take the CHIP amendment. We’re told that plan has been nixed by Lt. Gov. David Dewhurst and Ogden, who are angry about the House chubbing on Voter ID and see the CHIP bill as the price Democrats have to pay. If CHIP dies, there’s plenty of blame to go around for killing the best opportunity in years to do something about Texas’ uninsured. The Senate Republican leadership could easily fix the problem. So they’re angry about the chubbing?  Get over it, guys. You started it. As for the House Democrats, they chose badly when they decided blocking Voter ID was more important than CHIP, insurance reform, needle exchange, renewable energy incentives, and on and on. Our deadline for the 10 Best and 10 Worst Legislators is fast approaching and there are plenty of spots open. For Bests. 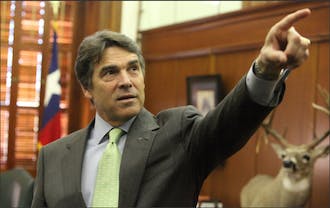 Threat of Senate filibuster postponed; TxDOT rumored to be DOA