There’s been a lot of discussion in the last week about the role of the Hispanic vote in next year’s election.  Here’s the bottom line on our polling: Obama’s approval numbers with Hispanics are down. And because of that Obama’s winning margins with Hispanics would be as large or even larger than they were in 2008 if the election was today and they’d be one of the key groups propelling him to reelection. On our weekly national poll for Daily Kos this week Obama’s approval with Hispanics came in at only 50%. Yet on our last national horse race poll Obama led Mitt Romney by 38 points (67-29) with that group and against Rick Perry his advantage went all the way up to 43 points at 70-27.  Obama won the Hispanic vote by 36 points nationally in 2008 so his margins over both Romney and Perry represent an improvement.  Hispanics may not be enamored with Obama but they’re a whole lot bigger on him than they are Romney (29/52 favorability) and Perry (16/61 favorability). * * * * The Republican party’s continuing antipathy to Hispanics is nothing short of suicidal. Over the next several elections, it will cost them Nevada, Arizona, Colorado, and New Mexico, swing states all. Thanks to former governor Pete Wilson ill-fated Proposition 187, it has already cost them California. Over the next ten years, it will cost them Texas. Even if Hispanic voting continues to trend upward slowly, the increase in population will create enough new Hispanic seats in the House and Senate by 2020 that the makeup of the Legislature will reflect the population changes. Perry’s support of the Dream Act in recent debates apparently has not helped him at all with Hispanics; his numbers are horrible. He earned them. Despite a good record of appointing Hispanics to positions in state government, his support for Voter I.D. and sanctuary cities policies–the latter of which creates a disincentive for Hispanic families to send their children to school–cannot make up for the damage his budget cuts have done to Hispanic families who rely on programs like CHIP and Medicaid, and, of course, public education. The Texas Republican party will pay a huge price for its willful ignorance to demographics, and PPP’s polling results suggest that the bill is already past due. 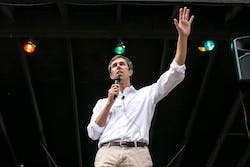 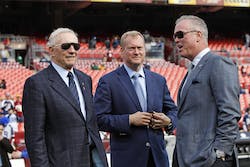