Bresaola
A beef eye of round, salt-cured and aged for several months.

Lardo
Pork back fat rubbed with salt and aromatics and aged for several months.

Prosciutto
Salt-cured ham, aged for up to eighteen months.

Salame
A fermented and air-dried sausage of ground meat mixed with salt and spices and aged for several months.

Zampone
A finely ground sausage, stuffed into a boned-out pig’s foot and cooked.

Trace
W Hotel, 200 Lavaca
The duck bacon is my favorite bite of cured meat in Texas.

FT33
1617 Hi Line Dr
The lonzino melts on your tongue. And the coppa ain’t bad either.

The Grape
2808 Greenville Ave
One of the first restaurants in Dallas to make its own charcuterie. Try the chicken liver pâté.

Cured
306 Pearl Pkwy
The whipped pork butter is like a porky marshmallow cream.

By Texas Monthly and June Naylor 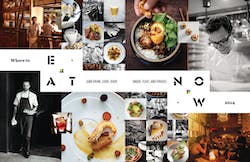 Evolution of a Dish

Revival of the Fattest