The sleepy Hill Country town of Bankersmith will soon be bursting at… well, at something, if Doug Guller has his way.

Guller, the owner of the Austin-based “breastaurant” chain Bikinis Sports Bar and Grill, just bought the central Texas hamlet, and is fixin’ to rename the town Bikinis, Texas.

Guller has plans to create a “a world class destination” for tourists in the town of Bikinis, he said in a statement on the chain’s website.

Or, as the Dallas Observer‘s Eric Nicholson calls it, “a getaway for frisky, middle-aged men who have apparently never heard of a strip club.”

The nearly-abandoned town, formerly a railroad stop that hit its peak population of 50 residents in the 1920s, had a whopping ten people “the last time anybody checked,” according to the Houston Press.

Bankersmith is located about 10 miles from Fredericksburg, and was purchased through Craigslist.

“I am thrilled to expand the Bikinis brand to include town ownership,” Guller said in the press release. “There can’t be a better way to put Bikinis on the map… Literally.”

Bikinis has added nine Texas locations in five years, as well as restaurants in Oklahoma and North Carolina. Guller plans to have 50 locations by 2017, including five others in Texas that will launch within the next 18 months.

The chain is just one piece of the booming breastaurant market, which offers up scantily-clad waitresses well as burgers and fries, and which also includes Addison-based Twin Peaks.

The Consumerist hopes for Guller’s sake that his scheme goes better than Hooters Air, “a failed attempt to tie that restaurant chain’s brand to a business model that relies on more than selling beer and wings.”

“No word yet on who will become the mayor of this proud swimsuit-themed city. Perhaps it will be determined by a wet t-shirt contest?” wrote Michael Graupman at CultureMap. “I, for one, cannot contain my excitement to learn of the mayor’s political stances and measurements.”

In fact, Andreas Grimes of Eater Austin says that Guller is the “self-appointed mayor”; in an interview with Grimes, Guller outlined plans that may include a dance hall, an RV park, “Bikinis bucks” as currency and an attempt to become the town with “the most bars per square foot.” 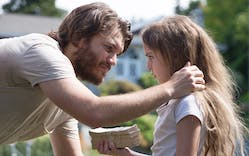 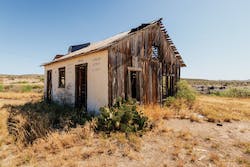 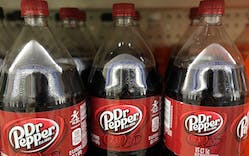