Doug Adams didn’t always wave the Lone Star proudly. The Portland, Oregon, chef grew up in Bullard, a small town fifteen miles south of Tyler, but Friday night lights and the Piney Woods weren’t for him. He got out as fast he could, contrary to the famous Texas saying. He preferred life in the mountains—chasing elk and trout in Colorado, more of the same in Montana, playing in bluegrass bands, and attending college (for a while). Eventually he found his way to culinary school and restaurant work in Oregon.

But when Adams, then the 29-year-old chef de cuisine at the Portland restaurant Imperial, wound up on season 12 of Top Chef, in 2014, home is where the competition took him. “In that fight-or-flight moment, those flavors just kind of started pouring out of me,” he says. “It’s like—I sound like such a Texan right now—I didn’t realize how much it meant to me.”

This holiday weekend he’s gladly returning to Texas to make his second appearance at the Hot Luck food and music festival, which starts Thursday night in Austin. He competed deep into that Top Chef season on the strength of such dishes as fried chicken with watermelon pickles and hot sauce, and brisket Texas red chili with tomatillo and masa cake. You’ll find variations of both of those, along with a twelve-hour smoked beef rib, chilaquiles, and a Texas sheet cake, on the menu at Adams’s first restaurant, Bullard, which opened late last year. Yes, one of the most long-awaited and immediately celebrated restaurants in Portland is named after an East Texas town.

Before Top Chef, Adams was intimidated by Texas food. “People spend their whole life—families have spent generations—perfecting brisket,” he says. Playing the role of the scrappy underdog, the diminutive East Texan finished third on the show. He knew he was going to win one episode’s challenge when head judge Tom Colicchio asked him off camera if he could get a quart of Adams’s Texas red to go.

It was Colicchio, in fact, who first put into his head the notion of opening a restaurant serving Texas-inspired dishes in Oregon. “The West Coast would freak out if you cooked this food,” Adams recalls the judge telling him.

His greatest hit remains fried chicken. The version he made famous on Top Chef is still available at Imperial, while Bullard serves another. “The Bullard fried chicken is my best version,” Adams says. “It’s lightly smoked for eleven minutes and then fried. It’s so goddamn good.” Perhaps not coincidentally, that technique and flavor profile makes it similar to the “Mother Clucker” at Stanley’s Famous Pit Bar-B-Q, in Tyler.

Bullard also has a “San Antonio chicken,” inspired by a food truck in a Lowe’s parking lot near his brother’s house. Rubbed with guajillo chile, lime, orange, and fish sauce, it comes with house-made flour tortillas, as does the beef rib plate. “My idea was to just serve them instead of bread, like bread service at an old-school steakhouse,” Adams says. Of course, Austin’s Valentina’s Tex Mex BBQ was also something of an inspiration. “When I ate their stuff in flour tortillas, I looked at my wife, and I was like, ‘I’ve been eating barbecue wrong my entire life!’ ”

Bullard has also served a Whataburger-style burger (“Hell yeah, mustard!” Adams says) and offers a line of kolaches, both traditional and cheffy, at the Woodlark Hotel’s Good Coffee counter (nobody in Portland cares that the jalapeño-cheddar-sausage variety isn’t billed as a klobasnek). At the bar, Shiner is available in cans, but Adams’s wife, Whitney Burnside, the brewmaster at Portland’s 10 Barrel Brewing, also makes a “Bullard Bock” available on draft. It’s their best-seller.

And then there’s the “TexOregon” flag, hanging on the wall above a row of tables across from Bullard’s bar. It fuses the blue of Oregon with the red-and-white of Texas, along with another crucial twist: The covered wagon from the Oregon state seal is now pulled by a Longhorn, something that probably didn’t happen on the Oregon Trail (or even in the video game). When Portland mayor Ted Wheeler visited Bullard, he took one look at the flag and told Adams, “Leave it to a Texan to chop up the Oregon flag and make their own.”

“Yes, sir,” Adams replied. “You’re not wrong. I just made it better. That’s what Texans do.” 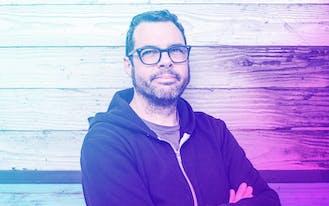 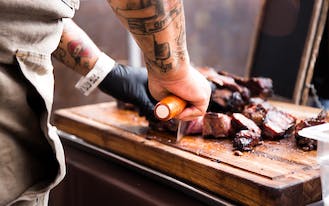 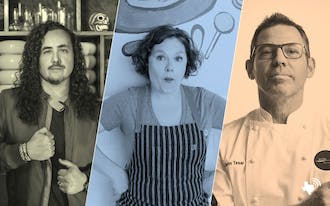 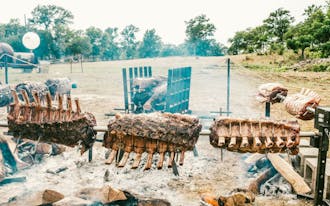