The Austin-based supermarket chain had actually received criticism over the past few years for continuing to sell fish that its system labeled “red,” meaning “avoid.” But what was originally meant to be a gradual phase-out of such fish came to a permanent end on April 22 (Earth Day), one year sooner than the company had originally intended.

And that had fishermen around New England steamed.

Brown’s office mailed a letter to the righteous food chain today, criticizing it for its new policy selling only sustainable fish.

“I’m concerned that your decision has more to do with political correctness than with sound reasoning,” wrote Brown. “Aside from being based on uncertain science, this decision will hurt Massachusetts fishermen and their families at a time when they are already struggling to survive under onerous government regulations.”…

Among the fish Whole Foods is no longer selling is Atlantic cod, which is mostly trawl-caught in New England. Whole Foods’s partners for its ratings, Monterey Bay Aquarium and the Blue Ocean Institute, say trawling can involve nets “as large as a football field,” with “high levels of bycatch” and “substantial damage to bottom habitats.” (You can read more about Monterey Bay’s rating process in this seventeen-page PDF).

David Pilat, the global seafood buyer for Whole Foods, told the Times‘ Goodnough, “We’re not necessarily here to tell fishermen how to fish, but on a species like Atlantic cod, we are out there actively saying, ‘For Whole Foods Market to buy your cod, the rating has to be favorable.’”

As the Associated Press reported, Whole Foods is hardly radical about this issue. Since 2008, fifteen of twenty supermarket chains have gone from failing to passing a “seafood sustainability scorecard” published by Greenpeace. Whole Foods is currently fourth on the scorecard (PDF) behind Safeway, Target, and Wegmans (H-E-B is fourteenth).

Goodnough noted that “New England has more overfished stocks than any other region, according to federal monitors, and its fishing industry has bridled — and struggled to survive — under strict regulations.” That being the case, some of the people she interviewed suggested that Whole Foods need not go beyond those federal regulations, but that argument is unlikely to hold much water with a company that refuses, of its own accord, to sell live lobster.

Since our announcement in 2010, we’ve been meeting with fishermen in your region to find solutions to improve the sustainability status of at-risk species. We have been able to find enough Massachusetts fishermen to meet our needs for seafood that is responsibly-caught using gill net and hook and line as opposed to trawling. And, as far as we have heard, the handful of boats from which we no longer buy due to the red rating of their seafood catches, have found contracts with other processors.” 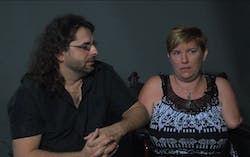 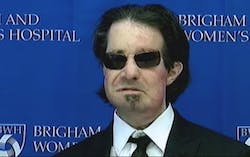 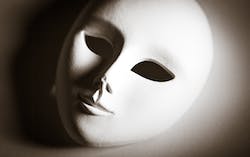