With waiters earning a minimum cash wage of $2.13 per hour in Texas, even the most attentive garcón has to bust a hump to make a living. So imagine the nation-wide shock when Greg Rubar, a waiter of sixteen years at D’Amico’s Italian Market Café in Houston, received a $5,000 tip from “a pair of his regulars” over the weekend, reported MSNBC.

Rubar had served the couple for about eight years, reported the Houston Chronicle, and after finishing their “27-dollar lunch of soup and wine,” they went far beyond the fifteen percent or doube-the-tax conventions, handing their waiter an envelope holding fifty 100-dollar bills (Get out your calculators–that’s a 18,518 percent tip.) Rubar said the couple told him, “We’re still going to come in, but we’re not going to tip you for a while […] This is for you to go and buy a nice car,” reported MSNBC.

His car recently flooded during a rainstorm, according to Morago. Rubar’s companion, Terri Elsik, also works at D’Amico’s, and the pair lately has “had to take taxis and rely on the kindness of owners Nash D’Amico and Brina D’Amico Donaldson who have loaned them a catering truck when not in use.”

Rubar told the paper that he was reluctant to take the money, and wanted to offer to return it to the couple the next time they came in. Owner Nash D’Amico told the Houston Chronicle that his employee “tried to give the money back,” but his benefactors—who asked to remain anonymous—”wouldn’t hear of it.”

Donaldson “said it couldn’t have happened to a better person,” reported MSNBC. “He’s an incredibly hard worker,” she said. D’Amico added that the couple’s generosity reflects more than just his employee’s great service. He told the Houston Chronicle, “We have customers who care about us and have a relationship beyond ‘May I take your order please?'” 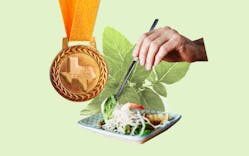 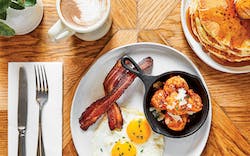 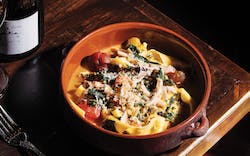 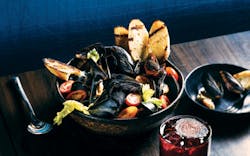