If there is a more quintessentially Austin success story than Bryce Gilmore’s, the boy chef who started out with a food truck and became a national sensation, I don’t know what it is. For those who haven’t heard the tale, it began in 2009, when the then 27-year-old opened Odd Duck Farm to Trailer, a mobile venue whose addictive pork belly sliders and other imaginative fare were snapped up by hipsters and food-o-philes alike. When Gilmore, who is classically trained, graduated to a storefront and opened a second place, named Barley Swine, Food & Wine’s spies came calling and promptly put him on the magazine’s 2011 list of the best new chefs in America. But fans of Odd Duck, which closed about a year after Barley Swine opened, have never given up hope that it would return one day. As of two months ago, there is happy news: Odd Duck is back. And, in one of those twists of fate that sum up the city Austin has become, the erstwhile food truck now occupies a gleaming glass box.

Don’t get me wrong. I love the box. I felt as if I were in a tree house the other night, when I met my faithful dining companions, Ave and Suzi, on the heated porch that runs along the building’s north side. To us, the floor-to-ceiling plate-glass walls were the epitome of big-city style. Looking around, we could see that Gilmore and the restaurant’s designers had labored to soften the urban mood with touches like weathered wood siding and burlap lamp covers. But while their frustration is understandable (the box wasn’t their choice; it came with the site), I thought that the contrast between city and country made the tall room edgy and interesting.

The same push-pull extends to Odd Duck’s seemingly informal menu, which looks like a piece of manila folder with the restaurant’s name rubber-stamped in the corner. But the subterfuge barely disguises the cutting-edge cuisine, a fact that emerged as we scanned the twenty or so entries and found telltale items like “brassicas” (the genus of trendy vegetables that includes kale and cauliflower) and the words “roasted in hay” (a technique made popular by Noma, the white-hot Nordic cuisine restaurant in Copenhagen).

After we got settled in with drinks (I quite liked my French 78704), our waitress reappeared to answer questions. It turned out that we had a lot, since the cutting-edge menu was also written in that cutting-edge “baffle the customer” style that chefs adore these days. What is, we asked plaintively, “bread, spent grain, cultured butter”? Well, come to find out, it is naturally leavened sourdough made with grain left over from beer brewing, served with a scoop of house-made butter. The fine-textured, dark-brown slices that soon appeared on our table could have starred in a bread commercial, but they badly needed more salt to bring out their full flavor.

But that was our first and last quibble. I kept expecting the ups and downs of the typical restaurant experience; instead there was just a steady upward trajectory. Two of our favorite courses were, to our surprise, fried, the first being field pea fritters. “They remind me of falafel,” said Ave, biting into one of the balls of cumin-scented mashed peas. “Or hush puppies,” said Suzi, although we all agreed we’d never had hush puppies with anything as classy as aioli seasoned with fermented and smoked chiles.

Before proceeding to the next fried item, we took a detour with the roasted carrots, delectably charred on the outside and resting atop a sauce of local goat feta whipped with Texas olive oil and grilled green garlic. As soon as I took one taste, I immediately divided the dish into equal thirds, because I knew that if I didn’t, the pokey eater (i.e., me) would be staring at an empty plate. As it was, I barely got enough of the accompanying pistachio–orange zest crumble and only a spoonful of the carrot-lime-cumin “froth” (the preferred term now that the general public has decided “foam” is quite possibly the work of the devil).

Next came the much-anticipated chicken-fried chicken egg, a Gilmore signature. When I cut through the well-battered exterior, I found warm, liquid yolk and perfectly firm white hidden inside. This made it all the better to smoosh around with three kinds of mushrooms and a spry, russet-colored sauce of red chiles, toasted garlic, and almonds.

When a menu is not broken into standard courses, you tend to order a crazy quilt of dishes, which definitely describes our final choices: goat-filled lumache and pickled shrimp with boudin grits. A lusty Oaxacan-style red mole stole the scene in the goat dish, doing double-duty moistening the cabrito that filled the tidy pasta packets and also spreading deliciously into the bed of creamy butternut squash they sat on. But as rich as that was, it hardly held a candle to the shrimp and grits. I have to confess, I ordered this Cajun-inspired dish because I seriously doubted that the kitchen crew could pull it off. Well, they did. A squatty glass jar held lush artisan grits folded into soft rice-and-pork boudin, then scattered with tender chunks of citrus-marinated shrimp and finished with a salty relish of grilled castelvetrano olives and black radishes. I feared the whole thing would end up as one big train wreck, but instead it was a masterful balance of savory and sweet, rich and bracing. By now we were nearing our way to full saturation, but that didn’t keep us from trying two desserts, our favorite being a ravishing panna cotta made from carrots cooked in coconut milk, sided by lemongrass citrus sorbet.

We left the glass box feeling well fed and grateful that Odd Duck had returned—and had grown up. Gilmore is one of the chefs who have forged Austin’s identity as a city to be reckoned with, culinarily speaking. His Food & Wine honor could have easily been a ticket to Chicago or San Francisco, and not that long ago, it probably would have been. But he is still here, still devoted to the cause of helping local farmers, still doing his part to foster the city’s burgeoning dining sophistication. More than anything, his chosen path signals that Austin is not just where you start, it’s where you stay, even when you’re good enough to move on. 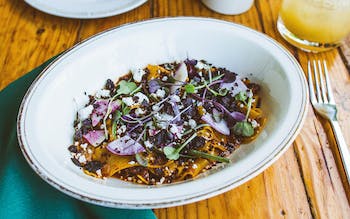 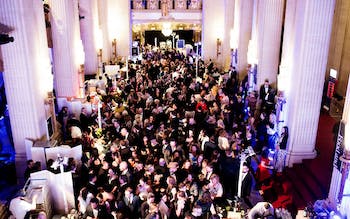 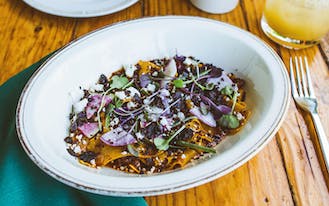 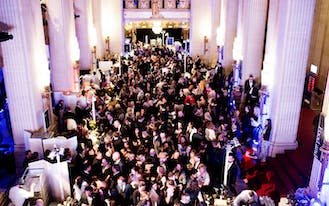 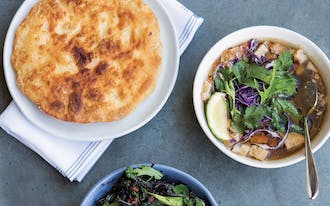 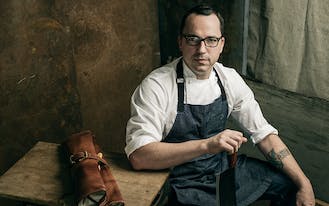