In 1987, when hair was big, pop culture was vibrant, and we were entering a new era of globalization, a young chef in San Antonio named Philip Huntzinger accepted an offer to travel to Sweden as an “American food” consultant.  When he arrived in cosmopolitan Stockholm, he found many American and British pubs, but not a single Texas-style steakhouse. Sensing a big opportunity, he became a permanent Swedish resident, and in 1994, the Huntzinger opened his first Texas Longhorn Steakhouse, a 23-seat neighborhood joint in an artsy district called Sodermalm. It was a true homage to his home state, with steak, ribs, and Tex-Mex dishes drawn from family recipes; his father even designed the logo. Twenty-four years later, Texas Longhorn has grown into a more than thirty-restaurant franchise and commercial retail line, and has introduced Texas hospitality, spicy jalapeños, and casual dining to Swedish culture.

During a recent trip to Stockholm, I sat down for lunch with Huntzinger at his new concept restaurant, Austin Food Works. The restaurant is tucked under a building about a half floor below street level. Stockholm is close enough to the Arctic Circle that during the height of winter, the daytime sun barely crests the horizon for about six hours. The famed Scandinavian interior design is based around that darkness—indoor spaces emphasize comfort, light, and coziness. As I descend into the restaurant, I take in the deep windowsills lined with potted plants, the hanging mason jar lights, and the abundance of exposed wood and stone on the walls, tables, and floors. I feel as though I’ve entered a chic, Nordic cave version of a Texas barbecue joint. Huntzinger describes his inspiration for the design as “Rainey Street cool,” referring to the hip entertainment district in Austin. Icons of Texicana stud the walls—a mounted cattle skull, American bottle tops, and license plates. I am served vegetarian tacos on house-made tortillas (they’re delicious)—the menu is built around Southern home-style staples like barbecue, fried chicken, mac-and-cheese. The centerpiece of the décor is a large mural of Austin-themed words that welcomes you as you enter the restaurant. As an Austin resident, I found it amusing, but then again, to what extent does the city define itself by Sixth Street, SXSW, and Stevie Ray Vaughan?

In a true Texas move, Huntzinger owns the trademark “Texas Longhorn” for all food, beverage, and restaurant-related industries throughout Europe. In trademarking Texas in this way, Huntzinger accepted the responsibility of international diplomacy—every new Texas Longhorn location and retail product has an impact on the state’s reputation abroad. Texas steakhouse chains in the U.S. are unflattering comparisons; the two largest and most nominally similar franchises to Texas Longhorn, Texas Roadhouse and Longhorn Steakhouse, were both started by entrepreneurs hailing from and based in different states. The restaurants cater to stereotypes, and their culinary appeal is premised more on portion sizes than on quality and taste. A counter-example is IKEA; although IKEA is by no means the be-all-end-all representation of Swedish culture, the company is truthful to its heritage. Sweden values design and democracy. They eat lingonberries, meatballs, cinnamon rolls, and hot dogs. One could argue that the purchase of a Melltorp table teaches non-Swedish speakers a little about the language.

“[Longhorn Steakhouse] looks like someone who has never been in Texas opened up a Texas steakhouse—leather seats and a picture of a cowboy on the wall. There’s no soul,” Huntzinger responded when I asked him about how he approaches authenticity in his restaurants. He says that he based Texas Longhorn on memories of the Texas Hill Country, where he takes his partners and franchisees (many of them “mom-and-pop”) on an annual trip. For a week, they eat barbecue, listen to live music, and get a sense of the Texas culture that Huntzinger is attempting to export. “A lot of sushi places here, you walk in and they don’t even know that sushi came from Japan,” he tells me. “I want all of my franchisees to say I’ve been to Texas, I’ve experienced it, I know what the Texas experience is.”

Cultural adaptation is a dynamic push-and-pull between traditions and tastes. Texas Longhorn is representative of that hybrid. The Texpat’s relationship with his Swedish clientele is playful—he pokes fun at their intolerance for spicy foods, and says that he struggles to get them to eat corn on the cob without silverware (“Put the fork down!” the Texas Longhorn menu proclaims). However, he has seen the Swedes embrace his model of casual dining.

“Now there is a lot of hospitality and service in Sweden, but in ’94 there wasn’t. Every restaurant had a coat check, and you had to pay to hang up your coat. Servers would treat you like you should be happy you got a seat. But that started to change. People started traveling, especially in the U.S., and they saw how just a smile at the door can change your experience. If you come here at night you feel it—very easygoing, laid-back Texas … you’re happy when you leave.”

The food makes a similarly compelling case for modesty. Texas Longhorn has flourished as an alternative to traditional Swedish meat and potatoes. Swedish meat preparation has its origins in formal French cooking—steaks are boiled sous-vide, and they are served with heavy cream sauces. Texas Longhorn follows the principle that high-quality meat doesn’t need a lot of pizzazz. The only Swedish-inspired item on the menu is a chipotle béarnaise sauce. “They always have béarnaise sauce on their steaks, and I would not give them a béarnaise. After 23 years, I compromised—you’re gonna get a béarnaise sauce, but you’re gonna get it spicy—it sells like crazy. I was wrong all this time,” Huntzinger laughs.

Although Stockholm is consistently ranked as having one of the highest qualities of life in the world, Huntzinger misses mild Texas winters, “y’all,” and tamales. The newest Texas Longhorn includes plans for a guacamole bar—“a passion project.” On the Texas Longhorn website and on the menus at the restaurant is the following quote: “This place was founded on one man’s longing for home.” I ask Huntzinger if he gets a lot of Texans in, and the answer is all the time. Meanwhile, an entire generation of Swedes has grown up with Texas Longhorn as their neighborhood restaurant. “In Sweden, everybody knows Texas,” Huntzinger tells me. “Besides California maybe, of all the travel shows, Texas is always number one. There is a love of Texas, and they enjoy the food.” 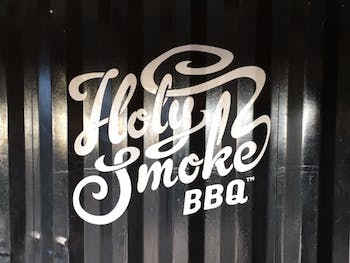 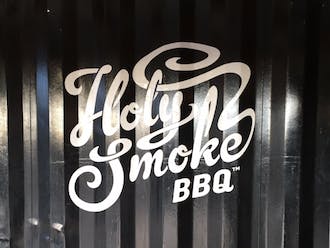