Written by: Jim Weatherly   Recorded by: Gladys Knight & the Pips 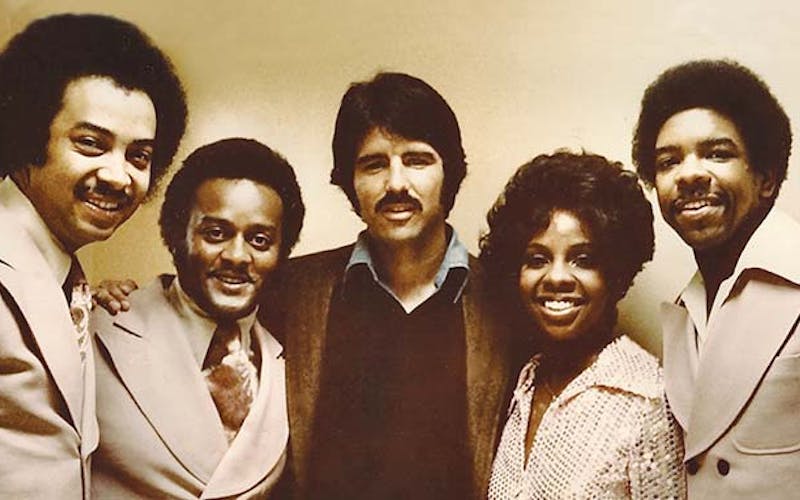 Jim Weatherly, a budding songwriter, was living in Los Angeles in the late sixties when he met Lee Majors, a budding actor. The two became friends, bonding over football, which they had both played in college. Weatherly also befriended Majors’s girlfriend, a former University of Texas student (and budding model) named Farrah Fawcett. One day in 1970, Weatherly called Majors and Fawcett answered the phone. Majors wasn’t home, she said, and she was packing her suitcase to take a “midnight plane to Houston” to visit her family.

Weatherly was struck by the phrase—“It was an automatic song title,” he says—and as soon as he got off the phone, he picked up his guitar. He imagined his friends as the song’s protagonists: after struggling to make it in L.A., Fawcett was flying back home to Houston; Majors, preferring to live with her in her world than live without her in his, was following her. “Midnight Plane to Houston” took less than an hour to write, but Weatherly knew he had something. His friends liked it too, though they had no plans to flee L.A.

Weatherly recorded and released the song on RCA Records. Soul singer Cissy Houston—Whitney’s mother—heard it and recorded her own version, with a few changes. “My people are originally from Georgia,” she said later, “and they didn’t take planes to Houston or anywhere else. They took trains.” Weatherly’s publisher sent Houston’s version to Gladys Knight & the Pips, who recorded the song in 1973. Knight, who at the time was in a troubled long-distance marriage, turned the song into a megahit. Decades later, in 2003, Weatherly rerecorded the song. Though he was tempted to do it as originally written, he gave in to history and sang the song as it had become: “Midnight Train to Georgia.”