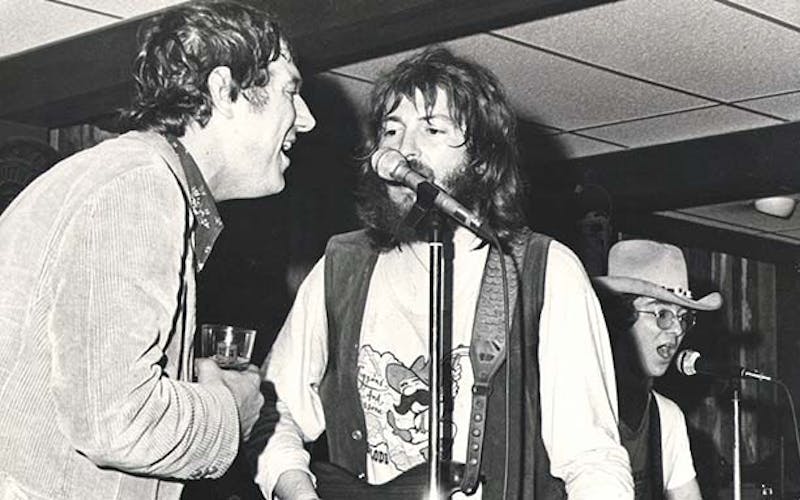 In the early seventies, Ray Wylie Hubbard lived in Dallas but spent his summers in Red River, New Mexico, playing music with other long-haired expats, like Texans B. W. Stevenson and Bob Livingston. There were only two places to buy beer in town, a hippie bar and a redneck bar, and one afternoon, when it was Hubbard’s turn to make a beer run, he decided to go to the redneck joint, the D-Bar-D, because it was closer.

He regretted it immediately. “I walked in and there were thirty or forty people drinking, including one old woman,” he recalls. “The jukebox stopped and they all turned and looked at me.” He nervously asked the bartender for a case, and while he waited, he found himself getting baited by the woman and her son. “How can you call yourself an American with hair like that?” she asked. Her son added, “You want me to beat him up?” Hubbard got his beer and fled, but not before eyeing a pickup truck in the parking lot with a gun rack and a redneck bumper sticker. Once he was safely back with his pals, he picked up his guitar, strummed a G, and made up a song on the spot, about a redneck mother whose son was “thirty-four and drinking in a honky-tonk, just kicking hippies’ asses and raising hell.”

Hubbard eventually returned to Dallas and forgot about the song until a year later, when he got a call from Livingston, who was playing bass with Jerry Jeff Walker. Livingston had performed the song for Walker, who wanted to record it. But it needed another couple of verses. So, standing in his parents’ bedroom, phone to his ear, Hubbard once again made up some lines on the spot, about the pickup he’d seen in the parking lot, the gun  rack, and a “Goat ropers need love too” sticker.

Walker included the song on his album ¡Viva Terlingua!, jump-starting Hubbard’s career. “If I hadn’t gone into the D-Bar-D,” says Hubbard, “that song never would have existed. It’s so strange that it all happened, still kind of a mystery.”