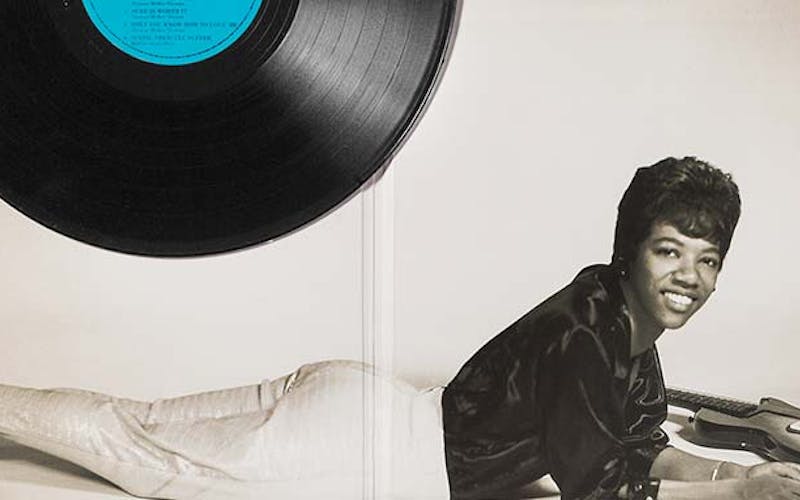 Barbara Lynn from her 1968 album Here Is Barbara Lynn.
Photograph by Jeff Wilson

Barbara Lynn was a teenager in Beaumont, playing in blues bands around southeast Texas and making a name for herself as a left-handed female guitarist, when she started dating a young man named Sylvester. One night, Lynn came upon him talking to another girl. She was devastated. As she recalls, “He said, ‘Wait, this is my friend’ or ‘my sister’ or something. I said, ‘Sylvester, if you lose me, you’ll lose a good thing.’ I cried that night, but I woke up the next morning and wrote that song.” She put her ultimatum to a catchy melody, punctuated in the middle by a confident “oh, yeah.”

After high school, Lynn caught the ear of Houston producer Huey Meaux, who saw her play in a club. He drove her to New Orleans and put her in a studio, where she recorded “You’ll Lose a Good Thing.” The song opened with a throaty saxophone that led to a sexy, quietly lurching rhythm, over which Lynn sang her plaintive yet defiant vocal. The song’s attitude and memorable chorus took it to number eight on Billboard’s Hot 100, and it went on to be covered by everyone from Freddy Fender to Aretha Franklin, who sang the hell out of it. But no one could capture the emotion of the woman who had spoken that original line.