Two years ago, a Texas Monthly feature titled “The Underdog’s on Top” laid out Aaron Watson’s story: “The big Nashville labels turned him away, and the radio stations refused to play him at first. But now, with a number one album and the most loyal fan base around, Aaron Watson has become a country music sensation.” A more nuanced version of that story is at the center of this week’s National Podcast of Texas. Watson’s 2015 album indeed debuted at number one on the Billboard Top Country Albums chart, making him the first male country singer to have a number one record without a major label. For the past twenty years, he’s remained fiercely independent, insisted on writing nearly all his songs, and played more than three thousand shows. Last Friday, the 41-year-old Amarillo native and Abilene resident released Red Bandana—a twenty-song set that comes twenty years after he released his debut studio album, 1999’s Singer/Songwriter.

Three takeaways from his appearance on the National Podcast of Texas:

1. Red Bandana opens with “Ghost of Guy Clark,” about Watson playing a song for the late, great Texas music icon, although they never actually met.

“He’s one of my heroes. I’m always on YouTube looking at old concert footage of him. And ‘Ghost Of Guy Clark’ is the manifesto for my album. It’s a song that I wrote for myself to hold me accountable—to staying true to my brand, staying true to my faith, my family, and my fans. I wanted to write a song that I thought that if I sang it for Guy, he would love it. And I think Guy Clark would like the song ‘Ghost Of Guy Clark.’ And I think he’d like the bulk of this record, because it’s all heart. I’ve got a story behind every song.”

2. Watson’s remained independent in part because he’s watched too many heroes and friends, like Pat Green, struggle once they’ve signed record deals in Nashville.

“The record labels see Pat, a guy who made a million dollars in one night playing the Houston Rodeo, and they want a piece of that pie. And rather than take Pat and his brand and music and share that with the world, they took him, and they completely butted heads with him every step of the way. That’s stupid of them. Let’s say you like a chain food Tex-Mex restaurant, and you buy it. And people love it. It’s huge because they love that green sauce enchilada. But do you buy that restaurant and then the next night change the name and turn it into an Italian restaurant? What kind of idiot would do that? From a business perspective, you don’t go in and buy some brand that is successful for being what it is and then completely flip it upside down. And I don’t know why Nashville does that sometimes, but they’re absolutely notorious for doing that.”

3. The opening noise of a radio scanning on Red Bandana’s “County Radio” is a tribute to his father.

“My dad is a disabled veteran, and he had a cleaning business. Growing up, he had this dolly with a trashcan wired to it. It was southern ingenuity at its finest. And he would hang the cleaning bottles around the rim of the trashcan. And then he had a hangar with a little AM/FM battery-powered radio wired to the handle of this dolly. As we cleaned toilets and classrooms at churches, we were listening to music, and he’d not only tell me who sang the song, he’d tell me what year it came out, the writers and some of the players on the songs. So I learned a lot about music like that, and I took that old radio and recorded the fuzz of the AM signal.” 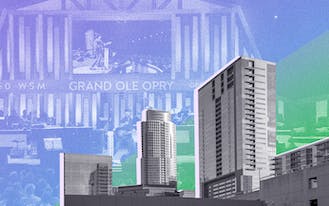 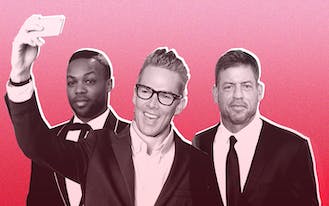 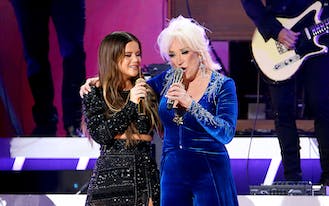 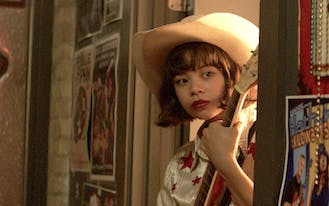