Few aspects of human endeavor are as fluid and ever-evolving as language. This is especially true when one or more languages and cultures comes into close contact with another, and Texas, with its blend of Hispanic and Anglo populations, is a prime example.

Just take a look at any map of the Lone Star State, and you’ll find dozens of towns with names of Spanish origin, from San Benito, Progreso, and Los Fresnos in the south to Amarillo way up north. More than 10 percent of our 254 counties derive from Spanish: Bosque, San Patricio, and Bexar, to name a few. And the majority of our rivers have Spanish names, from the Rio Grande to the Nueces to the Colorado, the Brazos, the San Jacinto, the Trinity (anglicized from Trinidad), and the Sabine (from Río de Sabinas).

Then there are things we love to eat and drink—guacamole, chili (both con queso and con carne), tamales, tacos, margaritas, fajitas, enchiladas, micheladas, and quesadillas. It’s not uncommon for those without a lick of Spanish to casually refer to beer as cerveza. Many of our Texan spirit animals—armadillos, javelinas, coyotes, chachalacas, chaparrals—have names derived from Spanish.

Rodeo has, along with ranching, furnished Texas with many a word that, through movies and traveling Wild West shows, came to be thought of by outsiders as typical Texas talk. Rodeo itself is a Spanish-derived word, as is ranch, and then there is all that lingo spoken by buckaroos (another) waving their lassos (another) from the back of their bucking broncos (another).

Sometimes we pronounce these loaner words more or less as they were coined in the Spanish language, and sometimes we butcher them completely. (See our headline above for a few examples of that.)

Usually we come down somewhere in between. In any event, no other language has enriched the Texan tongue quite as thoroughly as Spanish, and it’s the single most important factor that separates us from plain old Southerners, the main reason we talk like Texans and not Tennesseans or Mississippians. 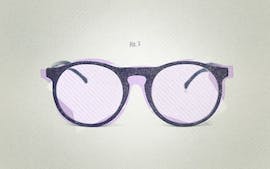 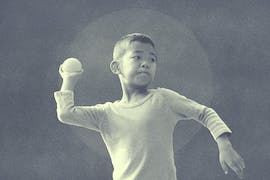 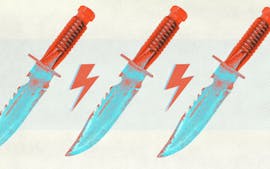 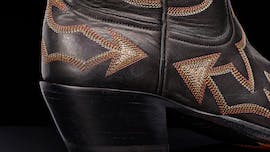