A non-denominational church in the Hill Country town of Leakey has jumped into the presidential race between Mitt Romney and Barack Obama.

“Vote for the Mormon, not the Muslim! The capitalist, not the communist!,” reads the outdoor sign at Church in the Valley in Leakey.

“A faction of conservatives have long believed that Obama is a Muslim, even though he has discussed his Christian faith and often attends Church with First Lady Michelle Obama and their daughters Sasha and Malia,” the Huffington Post‘s Sabrina Siddiqui explained.

“Is it protected speech or political hate?,” asked Phil Anaya of the San Antonio TV station KENS, who first broke the story. “And does it have a place on a church marquee?”

Anaya spoke to Church in the Valley pastor Ray Miller, who, he reported:

…declined an interview but did say the sign was solely his idea. He said he changes the sign weekly and this isn’t the first bold statement to be displayed.

The pastor said he feels strongly about the upcoming presidential election and feels the message on the marquee speaks for itself.

Since it is a church, it is classified as a non-profit organization. That means, by law, it can not endorse a political candidate

A banner hanging over the church’s entrance, as shown in Anaya’s video report, reads: “MAKE A STAND! CHRISTIAN•PATRIOT•CONSERVATIVE HEADQUARTERS.”

Anaya’s story was picked up by ABC affiliates around the state, as well as national ABC News, whose Sydney Lupkin reported that “as of 2002 … the Internal Revenue Service reported that only two churches have ever lost non-profit status over campaign involvement.”

Lupkin also noted that the church’s Google page has picked up a few outraged negative reviews.

“Quaint Texas Church Tells People to Vote for the ‘Mormon, Not the Muslim’—You Should Stop By and Pray Sometime!” sneered Gawker‘s P.J. Smith, who also helpfully provided a Google map to the Hill Country hamlet in, Smith stated, “the bum-fuck middle-of-nowhere Texas” (a factually dubious statement at best as Kerrville is quite close to San Antonio and Austin).

Michael Gryboski of the Christian Post got a little deeper into the story by speaking to several other pastors in the region. One, Reverend Sam Hunnicut of United Methodist Church in Hunt, said (while emphasizing he was speaking for himself, not the church) that the sign was meant to “provoke and incite. Hunnicut continued:

Further it is my opinion that a sign of this nature, and the underlying theology which motivates it is perhaps not that dissimilar from Westboro Baptist; or any of a number of fundamentalist groups who have chosen to identify themselves as ‘Christian.’…

It is also my opinion that, as the state has no business meddling in the affairs of the Church; the Church as an entity or organization violates that same line of separation when it begins to dictate to its constituency, or to presume to tell a community how they should or must vote.

But Mark Spaniel, pastor at the First Baptist Church of Leakey, stood up for Church in the Valley, saying he’s known Miller for twenty years.

“Many will likely demonize him and his congregation because of the quote on the sign,” said Spaniel. “But if this is their only measure of what this congregation is about, they’ve missed the heart and soul of a godly and loving group that possibly does more in terms of outreach ministry than all the other churches of Leakey combined.”

Church in the Valley is particularly active ministering to prisons, including facilities in Leakey, Crystal City, Carrizo Springs, Bandera, Rocksprings, and Uvalde. Spaniel told Gryboski that Miller has been known to take released prisoners into his own home “to make sure that they become disciplined and grounded enough to make it on their own.”

Ironically (or maybe not), Gryboski also reported that a past Church in the Valley sign of Miller’s read: “Claim crack heads, welfare cases, illegal immigrants and Congress as dependents on your tax form.”

As Anaya reported, at least one resident was just happy to see people talking about Leakey (but do those people all know to pronounce it LAY-kih?)

Watch the KENS video below: 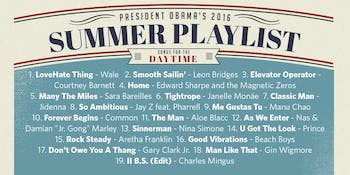 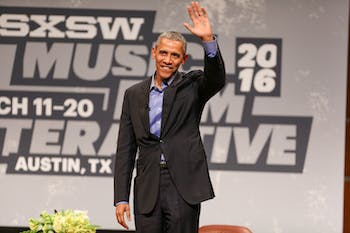 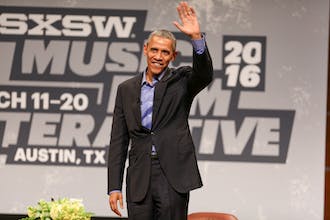 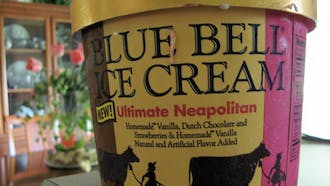