If you want to meet the godfather of craft brewing in Texas, head to Houston. That’s where you’ll find Brock Wagner, the mild-mannered, straight-talking owner of Saint Arnold’s, which he proudly proclaims to be the oldest craft-brewery in the state. Wagner first came to Houston from Cincinnati, Ohio, to attend Rice University, and, while still in school, joined the local ranks of amateur brewers.

This June, Saint Arnold’s itself reaches drinking age—21—while the industry and the brewery alike have changed immensely during the intervening years. The number of craft brewers in Texas has grown from a small handful in 1994, when the first kegs of Saint Arnold’s Amber Ale shipped, to more than 100. According to the Texas Craft Brewers Guild the industry could contribute more than $5 billion to the state economy by 2020.

I met Wagner at his office, where he was waiting on approval for a new canning line, one of the brewery’s top initiatives for 2015. Saint Arnold’s also continues to expand its award-winning line-up. After our chat, Wagner and I joined headed down to the boisterous lunchroom in the renovated warehouse that has served as Saint Arnold’s global headquarters since 2009.

(This interview has been edited for clarity and length.)

Dan Oko: As the owner of the oldest craft brewery in Texas, I hoped you would talk a little bit about the early days. What in the world made you want to start a brewery?

Brock Wagner: Like many people who start breweries, I started as a home brewer. In 1985, an RA in my dorm at Rice University taught me how to homebrew. I was really into beer, trying all these different styles. These were beers that you couldn’t buy in a store. From a home brewing standpoint, you could make better beer than you could buy.

After college, I had an unrelated job in investment banking. But I realized that money wasn’t my motivator. I ran the numbers on opening a brewery, because that’s what I really was passionate about. I realized I could keep a roof over my head and food on the table and that was my hurdle, so I quit my job and opened Saint Arnold’s.

DO: Did your friends think you were crazy to walk away from investment banking to open a microbrewery, something that was still unheard of in Texas?

BW: The early days were pretty challenging. Trying to sell the beer was not easy. But most of my friends and family were very supportive. At cocktail parties, that became the topic of discussion for the evening. “What are you doing?” “Oh, I’m starting a brewery.” Everybody was fascinated. It was exciting. Then I opened the brewery and discovered there was no market for craft beer in Texas. In 1994, it was still very, very small.

DO: Obviously, you found success, but how have you managed to keep your business fresh, down through a couple of decades? What adjustments did you make along the way?

BW:  The way I view it, there were many years when we were just trying to educate people on the basics of the beer. At year ten, I think we had four year‑round beers. Our attitude was these beers have got to be great to connect with the customer. We wanted people to feel like, “Yeah, that’s my old friend, I know what it is. It’s always reliable, it’s going to be a great beer.” Today, they love the staple, the beer that they know.

We love that. But they also love having something new. To me, we’ve done great things for 20, almost 21 years. But everything we’ve done for the first 21 years is meaningless to the customer. It’s what are we delivering today, and that’s a lot of fun for us too.

DO:  Obviously we’ve seen a huge swing in the beer laws in the last couple of years, which you were part of. The 2013 legislative session rewrote basically the rules.

BW: I wouldn’t overstate what we got, but we did make some significant progress. This is something that I’ve been working on for 10 years. One of the reasons we finally got it through is so many more breweries had opened up. Before it was, there were five of us in the state. You can only beat a drum so loud if you’ve got five guys and not everybody was necessarily really working hard at the legislation. The laws that we got passed last session—the ability to sell beer on‑premises—I would have given my eyeteeth to have had that law 20 years ago. It would have completely changed our business those first 10 years we were open. It would have made it much less scary. I’m glad all the new breweries, they’re really taking advantage of those laws and doing very well with them.

DO: Has it changed your business?

BW: The benefit to us is pretty small. We evolved organically over the years with the old laws. As the laws changed, we were pretty limited in our ability to take advantage of the new laws. It really leans much more towards the guy starting up, and that’s okay.

DO: I can’t help but wonder if you’ve entertained a career in politics? Colorado Governor John Hickenlooper got his start as a craft-brewing pioneer in Denver with Wynkoop, and parlayed that into electoral success. We do have a wide‑open mayoral race in Houston.

BW: I had a brief moment of probably ego-gone-awry when I thought about it. Because I haven’t seen that one person come forward where you go, “Yeah, that’s the visionary person who can also handle city government and really move the city forward.” I actually called Hickenlooper and he was very gracious. It’s not like we’re close personal friends or anything. But we had about an hour‑long conversation talking about it. He was very encouraging. But in the end I don’t think my personality is well‑suited to leading in government. It’s nice running your own company. You can see something that needs to happen, you can make the call and make it happen. Government doesn’t work that way.

DO: You just released your latest Divine Reserve (DR). That program has got such a remarkable following. Can you talk about how DR started and how it has evolved?

BW: I guess it was probably about 2004, and the idea would be that we would do a single batch. I wanted it to sell out quickly, and by that I meant 10 days to 2 weeks. And I wanted to price it where I thought the value of the beer was. The cost of making these beers, these special releases, is many times the cost of doing one of the regular beers. So when it first came out I was shooting for about 14 bucks a six-pack. It’s closer to $16 or $17. It comes into the market, though, and is gone. Over the years, we increased the amount that we did to a few thousand cases. But it still sells out in less than a day. I think it shows that greater ability of beer to create community. People want to be a part of it.

DO: What are some of the other spring and summer projects you’re touting these days?

BW:  The next special beer we’ll have coming out will be the release of the Icon Blue, which will be coming out in just a week or so. That’s a rye IPA. Then, in April, we’ll have Bishop Barrel Number Nine. That’s Pumpkinator that we aged in bourbon barrels.

DO:  Final question, what do you drink when you aren’t drinking Saint Arnolds?

BW: I drink a lot of it. The nice thing about having a brewery is I brew beer that I want to personally drink. But I love going out and trying other people’s beers, and I tend to drink whatever’s local, wherever I am. It just depends where I am as to what I’m drinking. 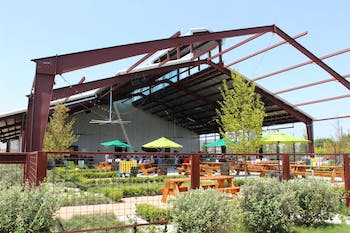 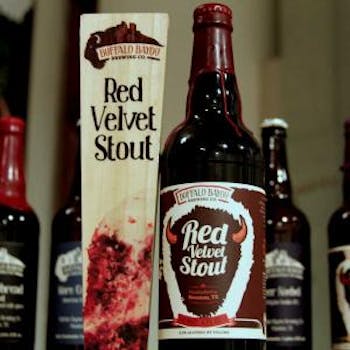 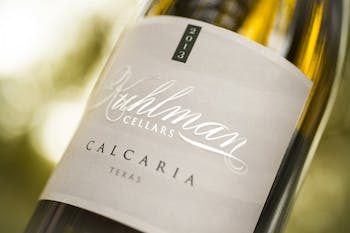 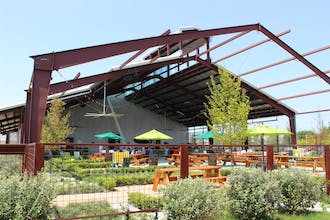 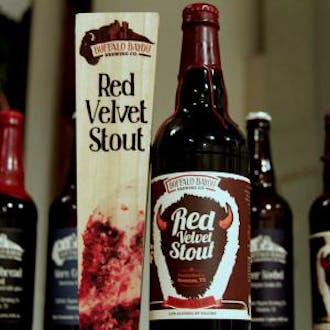 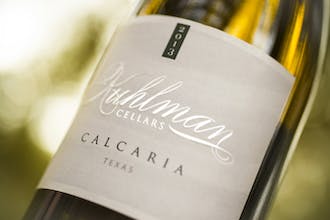 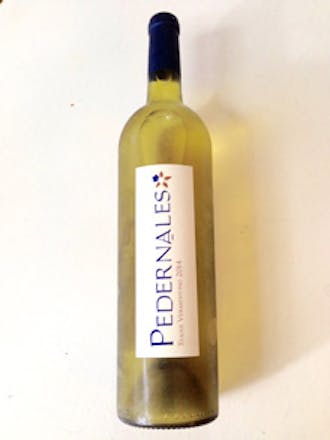