It’s not a great moment for Mexican-American relations (see: the wall), but the U.S. is still the top tourist destination for Mexican citizens looking for a vacation. Some Americans, meanwhile, don’t want to get any closer to Mexico than watching Narcos on Netflix. That presents a problem for Mexico’s largest airline, AeroMexico, which would prefer it if U.S.-bound flights out of their country were balanced by loads of American tourists.

That’s the premise of the company’s latest ad, which starts as a seemingly serious explanation of a problem and then, over two minutes, evolves into one of the most stunning troll jobs we’ve ever seen. Take a look:

First, the ad sends an AeroMexico rep to the southeast Texas city of Wharton (population 8,800) to gauge local interest on traveling to Mexico. They’re not particularly enthusiastic about the prospect of visiting. “That’s not my cup of tea,” one woman declares. Even a reminder that things they do enjoy—tequila, burritos—come from Mexico does little to shake their impression. Then the ad flips things: the interview subjects, who were almost certainly paid for their trouble, apparently all agreed to participate in a DNA test and to share the results with the company. At that point, AeroMexico introduces them to the concept of the “DNA discount.”

The idea proposed by AeroMexico is a percentage discount that corresponds, for the folks in the video, with the percentage of Mexican heritage found in their sample. The man who, despite his affinity for burritos and tequila, has no desire to visit the country? He’s 18 percent Mexican, which ain’t bad when you’re talking a discount on airfare. Treating it as a deal has an unusual effect on the folks in the ad—one particularly memorable fella, livid at the results of his DNA test (22 percent Mexican), asks if the discount will be applied to his wife.

Of course, offering people discounts on their purchases based on their DNA makeup is not actually a good idea. But watching people’s preconceived notions about a country melt away as a deal is dangled in front of them makes for an entertaining advert. 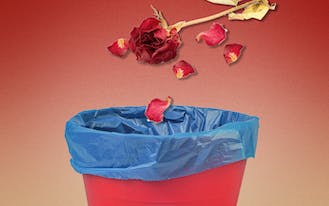 A Power Ranking of the Texans on ‘The Bachelor Presents: Listen to Your Heart,’ Round Five