Every year, Detour Film Production awards a college scholarship that is exclusively available to the students of Huntsville High School. To be considered, you must pen an essay about a work of art and how it affected you, and in 2008, I—an applicant still solidly in the throes of teenage angst—won the contest with an overwrought ode to Sylvia Plath’s 1963 novel The Bell Jar. I thought it was brilliant and startlingly original at the time, an opinion only reinforced when the entirety of the $5,000 pot—normally split into several parts—was given solely to me.

But this isn’t about my essay on Plath, which I dug up a few years ago only to nearly burst aflame with embarrassment after rereading. That $5,000 cemented a kinship I felt with the filmmaker Richard Linklater, a fellow Huntsville Hornet whose company administered the prize.

Linklater looms large in Huntsville, but not because of his gorgeous, critically acclaimed films such as Boyhood and the Before trilogy. In my hometown, when you say the name Richard Linklater, the movie that immediately springs to mind is Dazed and Confused.

The coming-of-age comedy, which was released 25 years ago today, chronicles the last day of school at a Texas high school in 1976. Generations of Huntsville youth have taken it as a fact that Dazed and Confused—with its bizarre freshmen hazing rituals and the mundanity of the unnamed Texas town—was about their home. There’s evidence to help bolster that: Linklater attended Huntsville High School up until his senior year, and in 2004, the director was sued by three of his former classmates—Bobby Wooderson, Andy Slater, and Richard “Pink” Floyd—who said that he did not get their permission before creating characters that bore their names and likenesses. All three of the plaintiffs still lived in Huntsville at the time; it was quite the scandal around town.

Although the lawsuit, which was promptly dismissed, hinged on the fact that the men were represented in an unflattering light (Slater, specifically, fretted that people who saw the movie assumed he smoked marijuana), Dazed and Confused was a badge of honor for Huntsville High School students. And it wasn’t because there was anything extraordinary to say about the virtues of being a Hornet. The movie, genius in its plotlessness, could be about anywhere. But the kids of Huntsville—perhaps looking for a way to glamorize our sleepy East Texas town or eager to figure out a way to describe it other than “it’s where all of the prisons are”—were convinced it was about us.

So imagine my surprise when I moved to Austin to attend the University of Texas, Detour Film Production scholarship already spent on my dorm room, and began to hear that Dazed and Confused was not about Huntsville. In fact, my new Austin friends said, it was about Austin High School. There was no way for them to definitively prove it was so, but the sheer number of native Austinites at UT made it hard for me to refute. I quietly stewed. They already grew up somewhere way cooler. Why’d they have to take Dazed and Confused away from me?

And so, with the twenty-fifth anniversary of Dazed and Confused’s release approaching, I decided to call Richard Linklater and settle things once and for all (and, as East Texas manners would dictate, thank him for reading my Sylvia Plath essay).

RL: Is that what they say?

TM: Oh, no, I don’t think so. I wasn’t exactly the school spirit type, and so I think it’s just what my friends and I said when we were being snarky. So you’ve heard this rumor about Dazed being about Austin High too, right?

RL: Yeah, over the years I started hearing that: “Oh no, yeah, it’s definitely based on Austin High.” I thought, “What are you talking about?” I think a lot of it started because I was looking for real kids, and we did cast some Austin High School people in the movie. We had kids from various high schools participate in the movie, so I don’t know how they take that and say it’s specific to Austin High. I think that people who go to Austin High have a lot of pride in their school. They think they’re pretty bad ass—in a good way, in a kind of cultural way. So I don’t know, I just think they thought they were a pretty groovy high school. It was just was one of those rumors that got started.

TM: Immediately when I moved to Austin, people started telling me that, and I got so viscerally upset. I kept thinking, “No, this is about Huntsville, and you’re not going to take that from me.”

RL: If it was Austin High, what the f—k would they be doing driving to Houston for Aerosmith tickets? Clearly it’s the culture of a left-behind place—they’re making their own. It’s just a depiction of small town America, Texas in particular. Austin, they should be so lucky.

TM: I know it’s an unnamed town, technically, but tell me a little bit about what what you took from your experience in Huntsville and translated for Dazed and Confused.

RL: At the beginning of the movie, even though it had a documentary feel with the time and the date, I intentionally didn’t put where it was. I didn’t say blank, Texas, or blank anywhere. I was purposely going for an Any Town, USA feel. But personally, I couldn’t help but slant southern and small town Texas. I was just working off the template of my own high school experience.

I remember being a little frustrated with the genre of teen movies. It’s not about the big dramas, it’s about the little things. It was more of a vibe about my impulses riding around, trying to be cool, find the party, go where the action is. It’s this big mix of characters. And the older I got, I started thinking, “What the hell was that?” What were those dynamics? A lot of those would come out of a small town. They’re kind of frustrated.

TM: Do you feel like Huntsville is an Anytown, USA?

RL: Well, there’s elements of it. But to dial into the specifics of Huntsville, you know, not many towns have a prison. It’s not a diverse picture of Huntsville. At night Huntsville was very segregated, you know, like you’d be best friends with everybody during the day, but at night the African American kids kind of went one way and the white kids went to another, to a large degree.

TM: Did you find yourself tapping back into your memories? In terms of how the prison colored the town, did any of that seep into Dazed?

RL: I wrote a film that had to do with high school football, and it was very specific to a town like Huntsville—a prison town where former football stars come back to town having either gotten hurt or not made it in college. And then pretty soon they’re a prison guard with a uniform on. Actually, an inordinate amount of guys on my high school team ended up in prison. So prison culture sort of sucks up a lot of people on both sides of the bars.

So I had a whole film. I was like, “Dazed is my party film. That’s like my serious film.” I never got that film off the ground. But maybe some day.

TM: Whatever happened with the lawsuit over Dazed?

RL: When those things get filed, it makes headlines, because that’s a funny story. They’ve made fun of it on Saturday Night Live. You know it’s a joke, it’s one of those goofy stories. And then you you actually have to go through a legal thing.

I did have to show up on a Saturday and give a deposition. And then the judge looked at it on Monday and threw it out of court, said it was baseless. It was one of those frivolous goofball lawsuits that you know someone’s doing on a percentage, or they’re just hoping to get a quick payout. They think you’re so rich, or the company is, that they’re going to say, “Here’s $100,000, just shut up.” Then the lawyer will take their cut. I think they were kinda hoping for that. I mean, the guys who sued me were so strange, because I barely knew those guys. 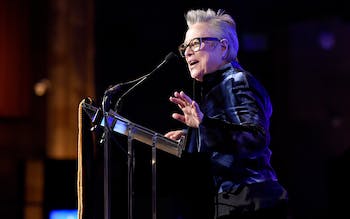 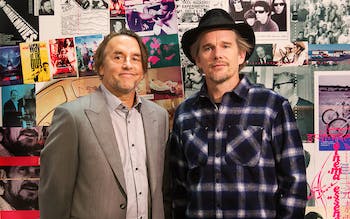 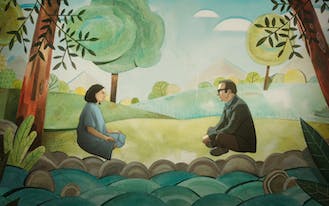 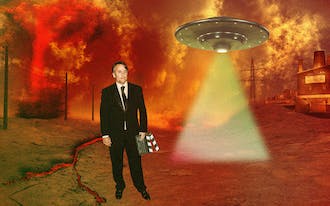