On April 24, 1891, a group of women gathered at the Alamo and threw blossoms at one another, launching an annual tradition that was then called the Battle of Flowers Parade and today is known as Fiesta San Antonio, an eleven-day series of events held every April and attended by millions.

Though Fiesta is famed throughout Texas (and perhaps beyond) for its parades, concerts, and block parties, one of its most lively events is known to few outside the city limits: Cornyation, a satire of the festival’s Coronation of the Queen of the Order of the Alamo. Begun in 1951, Cornyation lampooned the local social elites who ran Fiesta and cast itself as an event for the city’s “little people.” As Trinity University sociology and anthropology professor Amy L. Stone makes clear in her new book, Cornyation: San Antonio’s Outrageous Fiesta Tradition (Trinity University Press, April 11), to a large extent this meant giving gay people and cross-dressers a once-a-year chance to be themselves in public. In the years that followed, this modest, grassroots affair evolved into a three-day spectacle featuring such characters as the Pointless Sisters, the Vice-Empress of Garlic (who wore “an odiferous necklace of garlic weighing five pounds”), and the Duchess of Herman’s Happiness. After going into hibernation in the mid-sixties, Cornyation reemerged in the eighties as the AIDS crisis made its message of acceptance more urgent than ever. 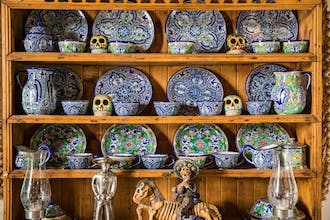 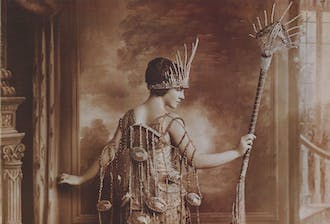 Fit for a Queen